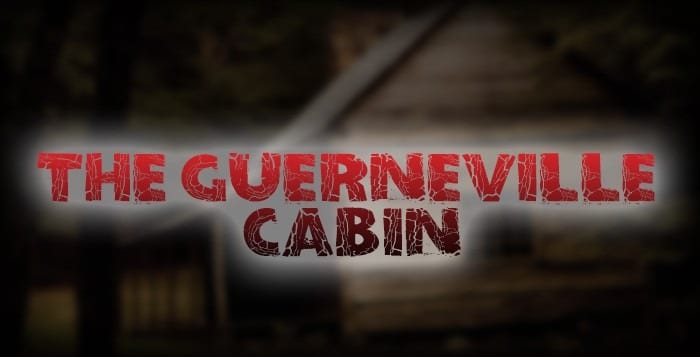 Posted at 12:30h in Locations and Sites by Creepypasta 5 Comments
Please wait...

Now, before you read this, take note, I am a very critical skeptic, I am quick to dismiss any claims of psychics, fortune tellers, hell even aliens, but I am positive about what happened in that house. Guerneville, a small town in Northern California, never heard of it; wouldn’t be that surprised, it’s been relatively quiet since the 1950’s after a short time in the limelight, titled a “vacation wonderland”. Originally the area was inhabited by Native Americans, by what I’ve heard they lived mostly on the banks of the nearby river, the Russian River, it was rumored that they dared not go into the surrounding forest itself out of respect, they say the forest belonged to the spirits.

The introduction to the area aside, my grandparents were looking for a place to retire sometime during the early ‘90s, they decided to settle down in rural Guerneville, not such a bad place on the surface. After copious amounts of searching they settled for a shitty little house a few miles from town, and nowhere near the beaches, we shared a lot with another abandoned house, the real estate agent told us it had been abandoned a few years back, although it was already in complete disrepair, not to mention a huge eyesore. By the time they had moved in with their daughters- my mother and my aunt I had not been born yet, so much of this was not a firsthand experience. From day one, my ant said the house just had an awful vibe to it, sunlight was instantly blotted out by towering redwood trees and the house was practically off-the-grid, all we got up there was spotty phone service and about 12 channels.

My aunt said she started having nightmares about a week after they all moved in, about people burning alive. About 3 yeas before we finally decided to move out in 2013 we found out that there had been a third house on the lot originally, it had burned to the ground a few decades before we moved in, the cause was unknown. My aunt said she had always herd people walking through the house at night, things like drawers opening and blinds closing nothing ever harmful, just extremely eerie. As time went on, my grandparents found the summers in Guerneville too cumbersome so they moved back to their old home full time, but, my mother and my aunt were both attending college at the time, there was a big snafu with housing and big surprise, they ended up staying at the Guerneville cabin, completely alone. The same odd occurrences kept happening, but the nightmares got worse, my aunt had dreams of spirits and possessions in the cabin, her and my mother both pleaded to move back home, but my grandparents shook it off as a case of being homesick. Around that time my aunt got a boyfriend, now from what I hear, he was a total dick, but that is irrelevant, one night, my aunt was home alone, my mother and my aunt’s boyfriend were out of the house, when my aunt saw someone inside, he was wearing a leather overcoat, and he walked past my aunt, straight through our kitchen and into the bathroom. Now, my aunt had thought it was just her boyfriend in one of his classic dickhead moods, so she knocked on the door, and ended up waiting for around 5 minutes, after a while she just got fed up with it and opened the door, nobody was inside. Now this was the only bathroom on that side of the house, one door in and not even a window, whatever walked into the bathroom vanished.

After that, my aunt checked the driveway for her boyfriend’s car, he hadn’t come home. After a few years of this my mother asked my Grandmother if the house had been blessed, of course it had not, so they called the local chapel, the priest that had answered said he would come down that following Saturday, he never came, so of course my mother called the chapel back, apparently the building hd been closed that night, and the priests weren’t the ones who answered the phone lines. My mother then booked a legitimate appointment, the priest called later that afternoon, he said he drove up and down that road several times, he never saw our house. Now you have to realize that it isn’t some overly secluded building, sure it is a long drive but the house was literally located on the side of the road.

Eventually my mother met my Father in that town, they settled down in the cabin and that’s where I came into the picture. I lived there for 3 years before moving back in with my grandparents, and my brand new aunt and uncle. All throughout the 3 years I lived there I never had anything spooky or unusual happen to me, after a while, when I was about 4 or 5 we started going there in the summers as a family, thats when things started happening to me personally, sometimes I would take the couch in the living room, I hated that damned couch, I always felt watched, even my uncle felt bad for me, he knew how I felt. He always invited me into his room when I had to sleep out there, thats when something peculiar started happening, the tapping started.

It only ever happened in his room, now you must understand the window is a good 12-15 feet off of the ground, nobody is that tall, but alas we heard tapping, both of us did, and it was horrible. About a year later I brought it up to my aunt, apparently the same thing would happen to her. Sometimes I would sleep in the bunkbed in the other room, every time I slept on the top, I would either wake up on the bottom, or on the floor, the thing was, railings were surrounding that whole thing, there was no way I could have rolled off.

During the day, it was an ideal vacation home, beautiful fun, and cozy, but when the sun sunk below the looming horizon, it got scary.

I can remember one time, I was about 12, I had a severe case of the munchies around midnight, so I got up to make some cereal, I opened up the big long cabinet to crab cereal, I turned around to put it on the kitchen counter, and the second I turned around the cabinet slammed shut. It wasn’t any old loose cabinet, the hinges were rusted from the constant moisture in the air, it was the stickiest cabinet you could imagine, hell even I had trouble closing it. My heart skipped a beat and I sprinted back into my uncle’s room without a second thought.

The animals hated it too, both of our dogs acted incredibly strange and our cat stayed in hiding every time we brought him up, he only ever came out to eat drink and do his business. One of the scariest parts of the house was the dirt room, it was a basement inside of our basement, it was huge, no lights and a dirt floor, it was full of the previous owner’s junk. Every time we went in there I half expected the door to shut and lock behind us. After a while, we decided to sell the house, it went for much cheaper then we wanted, but my family was just happy to be rid of it. The house has already been through three buyers since we sold it 4 years ago, honestly I don’t know how we managed that place for that long. I have a warning for all of you, if you ever happen by Guerneville, stay out of the forest, for the forest belongs to the spirits.