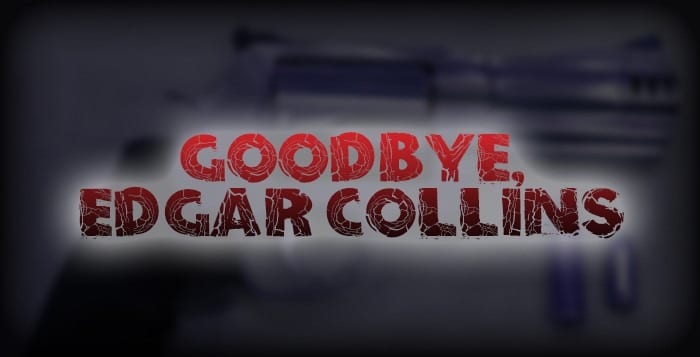 Posted at 23:50h in Strange and Unexplained by Creepypasta 1 Comment
Please wait...

Silently, they sat together on the couch, the mother holding her precious little girl. A thin stream of drool fell from her daughter’s mouth. The mother wiped it away before wiping away a tear from her own eyes. Seven years had passed since the initial diagnosis of autism, and since that day very few had passed in which the mother did not cry.

Several minutes had passed since they had been shown into the doctor’s private office. During that time the little girl never spoke. She stared off into space, obliviously gazing into a great abyss, unaware of her constant drooling, slowly rocking back and forth.

The mother’s heart hurt ached. A million times she wished that she could die in exchange her daughter being cured. The only thing that made the pain bearable was holding her little girl.

“I love my little girl with my whole heart, forever and ever.”

Sometimes she wondered what it was like inside her daughter’s mind. What thoughts did she have? Maybe there was a chance she was a normal person trapped inside a malfunctioning body. What thoughts did she have? Could it be that she was trapped inside a malfunctioning body? No, the mother knew the truth: her little girl was forever damaged; destined to go through life almost like an animal that responds instinctively to the world around it.

And that crushed her, the pain overwhelming. Sometimes she imagined that she could channel all of that energy into a ferocious will to cure her daughter. But no amount of determination repaired her little girl’s mind.

Across the room there was a knock at the door before it opened. “Good afternoon,” a woman said as she entered the office closing the door behind her. The woman was beautiful, with kind eyes and a smile that radiated hope.

The mother got up from the couch and met the woman in the middle of the room. “Doctor Collins?”

“Yes. And you must be Jessica. Please sit down.”

Jessica sat back down on the couch while Doctor Collins knelt down in front of them. “Hi Jana,” she said to the girl. There was no response.

Doctor Collins looked back to Jessica and smiled. After going to her desk to retrieve a file folder, Doctor Collins moved a chair in front of the couch, and sat down.

Doctor Collins looked at Jessica’s bloodshot eyes and reached out to her, squeezing her hand. “I know this hasn’t been easy for you Jessica, but I’m really glad you came to see me today. Based on what I’ve learned so far, I believe I can help Jana.”

“I want to over a few things with you.” Doctor Collins opened the file and flipped through a few pages.

“Okay, Jana was diagnosed with autism by sixteen months. As she grew older the diagnosis was updated to severe autism. Jana has relatively no command of language, rarely speaks, and is prone to violent outbursts and tantrums.”

“Is there anything else that you can tell me? For example, does Jana respond to music?”

Jessica smiled. “She likes the song ‘Jesus Loves Me’. When I sing it to her she’ll look at me and try to sing along, even though she can’t say the words.”

“Oh, that sounds adorable,” Doctor Collins said as she jotted down a note. “I’d like to begin a musical therapy regimen. I’m hopeful that she will respond to that type of treatment.”

Silence filled the room as the doctor flipped through the file. Jessica looked around and locked her eyes on a picture hanging from the wall. When she looked back the doctor was studying her.

“I’m sorry. I just noticed your picture over there. Is that you in the Air Force Uniform?”

A giggle escaped the good doctor. “Yes, that’s me back in my younger days. I studied medicine at the Air Force Academy and became a trauma surgeon. When I got out of the Air Force I went back to college and got a second degree in Child Psychology. I have always loved working with children and I wanted to work in a field where I got the chance to help them. In fact, I do a lot of volunteer work with inner-city runaways.”

Jessica beamed. “Wow, that sounds amazing. Thank you so much for seeing Jana. I pray that you can help her.”

“Yes, I hope so. She is such a pretty little girl,” Doctor Collins said as she gently took Jana’s hand.

The gaze into the abyss was broken. Jana jerked her head, her eyes wide at the sight of the doctor. Snarling, she pulled the doctor’s hand to her mouth and bit deep into flesh. Blood streamed across her face as she slapped and clawed with the wild ferocity of a corned animal.

Doctor Collins shrieked and punched Jana’s head, knocking her to the floor. “You bit me, you little bitch” the doctor raged, her kind eyes now venomous.

Jessica held her daughter tight, her heart racing. She looked at the doctor and a chill coursed throughout her. Backing away, Jessica watched as the doctor sucked the blood from her wound. When she hit the door, flinching when she could go no farther, Jessica thought that she saw the doctor smile. Holding Jana tighter, if that was even possible, Jessica opened the door and ran out of the office.

The evening was warm and humid, the tequila dampening the throbbing in her hand. Placing more marijuana into the pipe she heard the sliding glass door open. Footsteps into the backyard followed as she lit up and puffed.

“Tequila and weed, what a great idea.” He kissed her forehead and took the pipe.

“I had a really bad day.” Exhaling smoke in his face she lifted her hand, showing him the bandaged wound.

“Oh my poor Rebecca, what happened to you?” he asked before taking a hit from the pipe.

She shook her head. “It was the weirdest damn thing. I had this autistic kid come in the office today and out of the blue the little bitch bit me. Then she started screaming to her mom not to let me cut her up and that I put kids in cages.”

The man sighed and ran his fingers through his hair. “Who is this girl? How long has she been a patient of yours?”

“I have never seen her before today. Her mom was referred to me by another doctor. It’s not anything to worry about though. There is no way they could know anything. It’s just some kind of freaky goddamned coincidence.”

“A coincidence huh? Are you sure?”

She grabbed the pipe. “Fuck you. Yes, I’m fucking sure.”

He took in a deep breath. “Okay, okay. Listen I’ve got a few things to do downstairs. It won’t take too long. Will you wait for me right here?”

She leaned forward and kissed him. “I’m not going anywhere. I’m going to sit here, get high, drink this bottle of tequila, and forget all about that stupid retard.”

He brushed her cheek. “Good. That’s my special girl.”

Down in the basement he locked the door behind him and walked over to the gun safe. He leaned against it and considered the situation.

For some time it had been getting more difficult to remain undetected. Lately they had been getting close to losing control and now it seemed that they had. Or rather it was that she had. And now she had ruined everything.

The operation had to be shut down.

He entered the pass-code, unlocking the safe. As he removed his favorite handgun he shook his head. It really was too bad. They had a nice thing going. What a shame to have to three years of hard work over a few loose ends. But, loose ends are unacceptable risks. Though it was quite the lucrative business, harvesting and trafficking human organs was not worth facing the death penalty.

From behind the cyclone fence that divided the basement he could hear the kiddies stirring. They knew he was in there with them. They shook their doors and cried out. Sad little voices wailed and mixed with iron percussion. It was music to his ears. He smiled and screwed a silencer onto the barrel of his gun.

He set the gun down on the workbench and went back to the safe. He took out a box of ammunition and the gun’s magazine before walking to the fence. From behind the chain link he surveyed all of the cages that lined the far wall. Ten small cages constructed with welded wrought iron bars. Six of those cages held the forgotten and the unwanted – runaway children that no one missed.

At the workbench he took the top off of the ammunition box. Removing six rounds he placed each one into the magazine. “Six bullets for six little kiddies. Oh, and I can’t forget, one more for my special girl,” he said placing the seventh round into the magazine.

He slammed the magazine into the gun and walked toward the cages. As he passed by a television mounted on the wall he stopped, catching a glimpse of his reflection in the dark screen.

He rubbed his face and laughed.

“Well, this is it. It’s time to start another new life. It was fun while it lasted, but I’m sorry to say, this is goodbye Edgar Collins. Tomorrow I start again as a new man.”

Smiling, he gave himself a wink and chambered a round into his gun.