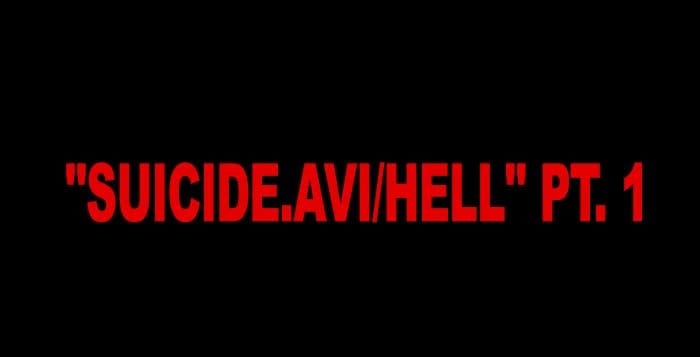 Posted at 01:28h in Strange and Unexplained by Creepypasta 0 Comments
Please wait...

I am an avid YouTube fan, I feel like I can go as far to say that I watch it every day and have a fairly broad selection of popular content creators. I even like to use it to the effect of getting in my daily dose of horror story fills from all the narrators on YouTube. There are some videos on YouTube however that as you may have already learned if you are also a YouTube user like I am that there are some videos that are blocked for copyright purposes or are blocked due to age restrictions and require you to sign into your YouTube account. These can be pretty easy to work around to still see whatever you’re looking for if you look in the right places. How amazing it is to think that there are countless videos being streamed live or recorded and posted on YouTube everyday like a never ending sea of content for viewers to enjoy and discover. Me always being the coinsure of the fine arts of YouTube content, I explored tooth and nail to find the scariest video ever put on YouTube. Some titles read as follows: “Scariest video on YouTube! DO NOT WATCH” or “CURSED VIDEO, WARNING DO NOT WATCH HGHLY GRAPHIC!!!” and yet upon watching them all they are all bogus poorly made videos of cheap camera effects that any armature with 20 minutes and a camera can accomplish. Then I found one that struck my eye… Upon reading the description it read, “This video has been leaked from an unknown user, YouTube has no data or information on the uploaded or this videos origin. This video contains disturbing images and is said to cause temporary muscle paralysis and partial blindness and is also known to induce seizures and raise blood pleasure to near dangerous levels. Discretion is advised when viewing this video.” The title read “Suicide.AVI/HELL.” The name all in the end of itself was a complete anomaly. I haven’t seen a title quite like that on any type of YouTube video before.

If you search this video, I do want to warn you… I will tell you from my experience of watching it that first off it is very strange. It is 2 minutes and 30 seconds long in runtime. The video incorporates images of flashing images such as blood pooling slowly on the floor, as it changes scenes into a mirror that is cracked down the middle lightning bolted all the way down the length of the mirror, as well incorporating very off-putting noises and binaural rhythms to psychologically induce some sort of trance… A trance is just what it sounds like the pitch gets continuously higher and lower throughout and you can hear sudden and faint whispers of what sounds like a young girl crying and repeating the phrase “HELL!” over and over again repeatedly as it fades into the loop of the binaural beats. As you continue to watch you will be overcome with a sudden feeling of dread as if you are struggling to keep a calm and happy demeanor. You appetite gets stifled and you start to feel weak and fatigued. The fatigue sets in at its worst around a minute and 50 seconds in as the video is beginning to come to its conclusion. The images that follow toward the end of the video become increasingly disturbing when such images of a bloodied doubled edged razorblade and a corpse of a little girl lying on a salt circle that seems to be deliberately posed in the design of a pentagram, the final scene that closes the video over the last remaining 5 second is a burning house engulfed in a flurry of flame and smoke. Upon the completion of watching the video, several sensations will begin to come over you. You will start to forget the images you saw in the video; in fact you won’t even remember watching it. Then you will start to feel slightly dazed and confused. This eventually wears off after a couple of hours.

The most concerning part I feel that it is my duty and sense of moral obligation to let you know of the dreams. At night before you go to bed if you do decide to watch the video despite its warning, I recommend you drink lots of water. This is my first tip and for an obvious reason. Because now the nightmares will start to set in and the irritating feeling of a nightly filled bladder will assure a hasty come to. Second tip whether or not you’re a religious type it surely wouldn’t hurt to keep around a crucifix above your bed or a dream catcher. Any kind of religious relic would work as long as it symbolizes the dispelling of evil spirits. 3rd and probably most important tip don’t say her name. Whose name you’re probably wondering? Well… she will make herself known to you and for safety reasons I won’t disclose her name here… What I will disclose is she will come to you as if she is a scared child who looks neglected and abused. Your apathetic approach to her is her trap; she will always have you right where she wants you every time.

This is my plea to break the cycle. The dreams will feel real the binaural rhythms will return and you will hear them long after you wake up like nails on a chalkboard. Don’t be afraid though she won’t hurt you, that’s not her plight. She wants you to know who she is; she wants you to know how she died. If you’re smart take my advice and minimize any and all contact with her, if you don’t, I have only heard stories of the consequences… Each of them not ending well and are unmistakably capable of driving you mad, and in some cases to the brink of suicide.

For now I leave this hear as a warning. I have made numerous attempts to contact YouTube and try everything in my power to have the video removed. But no matter how often I reach out to them all my pleas have fallen on deaf ears. This is only the first entry I am going to make of “Suicide.AVI/HELL” for reasons undisclosed. But for what I can tell you. I am learning a lot more about the origin of the video and may have even found the one who uploaded it. Without going into too much detail on this forum,

I will say that the uploaded has a special history with the house that is seen in the video on fire, and also with the girl that is appeared to be dead on the ground in the video. All I can say is, I am not going to tell anyone not to watch it. That would only make you want to watch it more… Because if your anything like me you take anything that defies logic and reason as a challenge a somehow personal attack against your better judgment. I say go ahead and watch it but when the effects start to kick in and the memory of the video fade soon after. If you can come to, to remember the three tips I had mentioned earlier, then you will be able to manage the dreams before they drive you to the break of sheer insanity. I can’t let this video exist anymore… I need to know why it’s there on how… Ill post more on what I find out until then please if you watch this video… Be careful and don’t approach her…