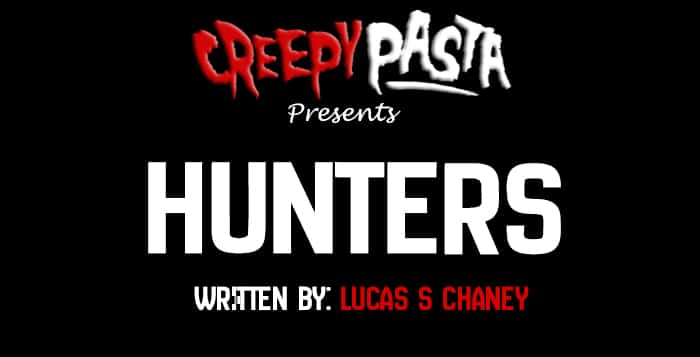 “Careful. Careful. Don’t let him spot us.” Jackson whispered to me as I aimed down the sights of my brand new hunting rifle. We’d been set up inside this old deer blind of his for about 4 and a half hours now without any sign of life other than ours …

I think calling it an obsession would have been an exaggeration. I’d have preferred the more acceptable term “hobby” to describe my collecting of old cookbooks. Yes, it was a hobby. We all need hobbies, you know. Something to pass the time between lunch and dinner, work and sleep, birth …

The Book of the Ravenous Read More »

Freya Clydesdale and I grew up together; her house being right next door to mine. Though younger than me by a few years, she is perhaps the smartest person I have ever known and will ever know. One of the clearest memories I have of our time together took place …

The Girl Who Made the Stars Sing Read More »

It’s quite an interesting concept: those little “pass it on” messages, I mean. Chain letters and people telling you, “post this in five different comments or else you’ll die tonight.” Interesting indeed, but the idea lacks originality. It’s the same story with each one. “Pass it on or die.” People …

Pass It On Read More »

“Donde Esta Santa Claus” was blaring on the radio as Gary crossed over state lines into…somewhere. He lost track of where he was hours ago. Somewhere… midwesty. He was driving back East for Christmas. Too cheap to fly, he thought he’d take the opportunity to get to see America, the …

I’m going to tell you about a town—a town you should never go to. For your protection, I won’t tell you the name or location. But I’ll tell you this: if you ever think you might be in this town, get the hell out of there and don’t look back. …

My mother never let me look at the family photo albums. I never knew why. Whenever I asked, she would tell me that they were old and fragile, and would break if we got them down from the shelf. They were so high that I could never reach them as …

The rain had barely relented. Jon looked out the sixth story window again, away from his TV flickering a save screen. Between the raindrops streaking the window, Jon could still see the guy that lived in front of his apartment building. The man’s name was Ted, and he seemed like …

My brother has always had a dream of being a great filmmaker. For as long as I can remember it’s been his obsession. He got a video camera for his eighth birthday and would literally film everything with it, even the most mundane things. He would have us do ‘interviews’ …

It was the Christmas season. It had just gotten dark, as I was finally able to leave the office that night after working overtime. The streets were damp from the heavy rain; it had been an unusually warm winter. I stopped downtown for some Christmas shopping for the kids, just …

In the dark of the night, little children often feel as if they see demons in their closet, and as if someone is watching them. The inky blackness of the night changes their familiar bedrooms once the watchful sun sets below the horizon. For most children, a blanket over the …

One contrary wheel wobbled erratically as Thomas Moon pushed against the weighted shopping cart. He looked down at the mountain of Christmas presents and imagined his poor wallet gasping for air and fainting in a huff. He smiled as his wife, Christine, waddled up to the cart carrying what seemed …

I. The snow had stopped about an hour ago, but god damn, it was still a treacherous road.  Mark turned up the radio, half to keep himself awake, and half to try to hear the music through the interfering static.  The mountains weren’t good for the signal, and even though …

The little girl stood outside the door. She stared at it, fidgeting with the frills of her dress. She could always wait until tomorrow… No. She had to ask now. She wanted it and she knew she wasn’t going to change her mind anytime soon. Stepping forward, she knocked on …

I have a confession to make. I have been trying so hard to forget what I saw, but now that Halloween is right around the corner again, all these memories resurfaced all of a sudden. I now know it was wrong to keep my mouth shut. But before I tell …

My Son Did Something Terrible on Halloween Read More »

As Nick lifted the glass to his lips once more, he felt his shirt sleeve pull free from the sticky puddle of spilled cocktails that had accumulated throughout the night. He tilted his head back and tossed the remainder of the drink into the back of his throat. The burn …

Shawn took one last drag of his cigarette. He didn’t smoke regularly, but this occasion nearly called for one. It had been years since his last job interview, and it was all he could do to stop his hands from shaking. He looked at the cigarette and remembered the time …

Adam kneeled on the ground to inspect his freshly flattened tire. As he drew closer, he could hear the last bit of air hiss out from around the nail. Swearing under his breath, Adam pulled off his baseball cap and used it to fan himself. Summer days in Texas were famous for their intense heat, and this one proved to be no different. As beads of sweat already began to form on his forehead, he heard the crunch of gravel from behind. Spinning on his heels, he was met with the site of a beaten and battered pickup truck coming to a stop behind his own vehicle. The brakes emitted out a load squeak before the monstrous machine came to a halt. The door opened on rusty hinges, and a tall, slender man stepped out from the cab.

Langley Archives: Gabriel Winters Interview with 60 Minutes, November 27th, 2015 I’ve been considering this interview for a long time.  For weeks I debated even allowing it to take place.  After that, I pondered the direction I would allow it to take.  You see, it has been decades since I’ve …

Peter Pan is not what most people think he is… or I guess I should say, would be, but honestly, he’s real. I have not only seen him, but have also… felt him. I met Peter Pan when I was about 11 years old. It had been a hard day …

There’s an image that I keep pushed away in the back of my mind. Occasionally, it makes its way out and I can see that horrid face once more. My limbs go numb and I can feel my throat begin to tighten as every grotesque detail can be seen in …

It used to be harmless. It really was. When Karen and I first started dating, she would bite my lip, or nibble at my ear, or pretend to be a vampire and put her teeth on my neck. We were silly. We acted like a lot of couples do, but …

My Wife Is Eating Me Alive Read More »

Cooper jostled slightly in his seat as the pickup truck bounced its way down the countryside road. The asphalt had long since faded, giving way to cracks and bumps that marred its surface. As his vehicle cruised down the road, he looked out his window at the fields that flashed by. Rows of corn passed hypnotically by his gaze as his destination drew nearer. He peered in the rearview mirror to see his stepson, Andrew, staring out the window as well. The teenager’s blond hair danced in the air that was streaming through the crack near the top of the window. Cooper’s gaze was suddenly diverted back to the front of the cab as his wife placed her hand over his while he gripped the gear shift. Susan gave him a warm smile and squeezed his hand.

I’ve never posted like this before. But I suppose I’ve never needed to. If you’ve read the title, you know what to expect, and you can move on if you’d like to avoid the topic. I’ll understand. Grief is a funny thing. Professor Farina taught me that in the first …

My Son Committed Suicide, and My Wife Blames Me Read More »