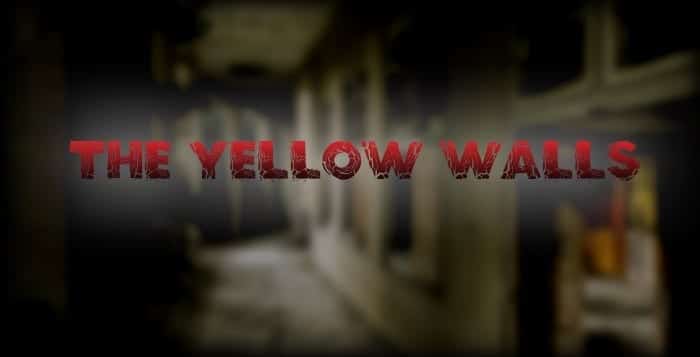 20 May The Yellow Walls

The void that my parents have left behind ever since their death has slowly begun to consume the whole of me. I had seen it happen with my own eyes – my parents inside a car being crushed under an oil tanker, followed by a colossal explosion. Nothing much had remained in that crash. That was exactly five months and twelve days ago, and soon the damp walls of my house haunted me. Every unkempt corner, every discarded object, every bit of the house reminded me of happy times. I imagined I could hear my mom humming in the kitchen or my dad laughing in the living room. My recent bereavement was getting onto my nerves.

I have no relations to maintain, no promises to keep. I just had my twelve hours’ job with all the extra time for which I got paid. It was not the money that mattered any more. I have to keep myself engaged somehow. I think I knew it all along, that I would have to move out one day, if not to escape the cesspool of memories then to start anew.

Sold my house to a businessman, who was more than just willing to pay me a handsome amount, just enough to buy myself this house on the eastern fringes of the city. The nearest house is a mile away. I thought buying a house in the countryside would make me drive an extra hour into the city. So I chose this house, with a bright yellow plaster. The colour seemed cheery and I hope it will help me do away with my former house and all the memories it harboured. The house itself seems pleasant and the surroundings are peaceful. I wanted to find peace. I think I will find peace here.

I love this house. It’s warm and comfortable. The rooms are large and gets plenty of sun and air from the windows. I met my nearest neighbour today. He seemed a burly, middle-aged, good humoured chap, and his small kindly wife makes really great cookies! However, they often seemed to be looking a bit queerly at me when they thought I wasn’t looking. But they probably don’t have a lot of city people out here, so maybe they are curious about me.

July 7
Something about this house has started to make me uncomfortable. I feel like I’m being watched. I woke up from sleep last night, expecting to find an intruder in my house. I don’t know why I felt that way. The sensation of being watched was very strong. The air had grown particularly dense and chilly. It took an effort to draw my breath. I think I’m just being paranoid though. It’s new for me after all. I’m bound to feel uneasy, having lived in the city for so long. The nights get quiet. Too quiet for my liking. Oh well.

July 8
I woke up again tonight. It felt uncomfortable. The air was heavy. It was different. Almost… wrong. I switched on my light. Everything looked normal in the light though. The feeling dissipated.

July 9
I found a discolouration in the yellow ceiling today, directly above my bed. The plaster had somewhat faded away in one place. It looked wet. Maybe there was something wrong with the plumbing? Have to ask a plumber to come down and take a look.

July 11
I got a plumber to take a look a few days back, but nothing’s wrong with it. Even the discolouration hadn’t been there. But that night I found that the discolouration was back. The shape looked somewhat familiar. Like a man, perhaps? And the next morning it was just gone. Again. This is happening for a few days now. Maybe the pipe contracts during night or something and water leaks out? It gets cold in the night anyway. Hurts to breath with the air all heavy. I need to check this out.

July 13
I have a growing feeling that the sensation of being watched increases when the discolouration is there. It is creeping me out. I called the plumber who came again and he said there was nothing wrong. I wish it would go away. It looks like a man more than ever. And it appears at different places every day. I have noticed. Is it… alive? Maybe it’s a snake that has burrowed in the pipes or something? I swear I’m going to be up all night today. I’ll catch it if it moves.

July 14
I couldn’t stay up all night. Fell asleep. The man shape is now on the left wall. I’ll try my luck tonight.

July 15
Couldn’t stay up last night either. This is frustrating. The damn shape is back and now on the ceiling. I can’t stay up at night like this every day. I’ll mess up at work.

July 17
The shape is scaring me. I cannot catch it move. Yet there it is, in a different place every day. I have been trying to stay up all night watching the shape intently. It looks just like a normal plumbing problem. But it isn’t. IT ISN’T. I’m sure it is alive. I will catch it. Last night, I felt so damn scared. I drew the bedsheet like a thin blanket and hid myself under it. I covered every inch of myself, from the tips of my tightly curled toes to the bend of my head, and I held the end of the bedsheet tightly clenched in my fist. Who was I hiding from? Death, perhaps. Death, in the shape of a man. But death is peaceful. Death isn’t repulsively yellow. Death is momentary. I’m rambling now. Haha. Maybe what I experienced was a sleep terror or something. I’ll look it up. I have to sleep. God I feel so sleepy.

July 20
Every night, every damn night I would be startled out of sleep to find the discolouration at different places and different positions in my room. I hate it. I cannot sleep any more. It seemed, the discolouration – the “man” – would choose from the vast yellow a spot – any spot – to persecute me, torture me with uneasy sensations and terror. And I felt disturbingly obsessed with the colour. What exactly was the man in the wall telling me? What did I owe him and what did he owe me? I haven’t confided in anyone my experiences regarding the nightly errands of the man in the plaster. My colleagues think I’m suffering from chronic insomnia. One guy actually suggested me a week’s leave from the office. What a joke! That was the least I would ever want. The more I stayed away, the less I thought of it. It’s horrible as it is to come home to this entity which I’m sure was malevolent. I’m going to call a priest. Damn it.

July 23
Today, when I ran away from my house frantically, and reached my office, palpitating, my Boss called me to his room. He suggested that I was in need of some “rest”. I grew desperate at the word. I pleaded with him, but his tone grew sharper and he told me how some “more deserving and fruitful” man should get the money I draw from the office every month “without significantly contributing” to the Company. In my panic and frustration, I’m afraid I screamed at him. He looked at me like I’m crazy. Two security guards forced me out of the office and another one kicked out my suitcase along with me. I thought of never returning to the house. But where could I go? Am I crazy? I’m not. I know I’m not.

July 24
I SAW THEM. I SWEAR. I SAW MY PARENTS. It was them- with mutilated bodies, dislocated shoulders, detached legs and broken necks on cracked skulls and blood-smeared faces. I haven’t seen anything more horrifying. I blinked and they were gone. But I can feel them. They are in the walls. They are everywhere. This can’t be a drink induced hallucination. I know what I saw. I’m not crazy. They want me to join them in the walls. They were my parents. And they were here. I’m not crazy. I raised my gaze up to the ceiling, only to find the man gone. The discolouration had dissolved away, like it was never there. I swear this time I’ll catch it if it appears again. I know it’s watching me. I have to prove that I’m not crazy.

There weren’t any more entries in the diary that the police had found. The inspector stopped reading. The last page was covered with splotches of blood. This was a singular piece of literature for sure. He looked around at the pale yellow walls. An entire section of a wall was scratched and the plaster was missing. Blood was smeared all over it; he assumed it was from the broken fingernails.

“The poor man must have gone crazy,” thought the inspector. The man’s body had been found laying half in and half out of the wall. His face was blue and he looked strangled. There weren’t subcutaneous abrasions or anything like that. If it was possible, it looked as if the man had died from holding his breath for too long.
“Crazy stuff,” he thought.

As he stood up to go, he noticed a wet discoloration in the ceiling, but that was only the plumbing.