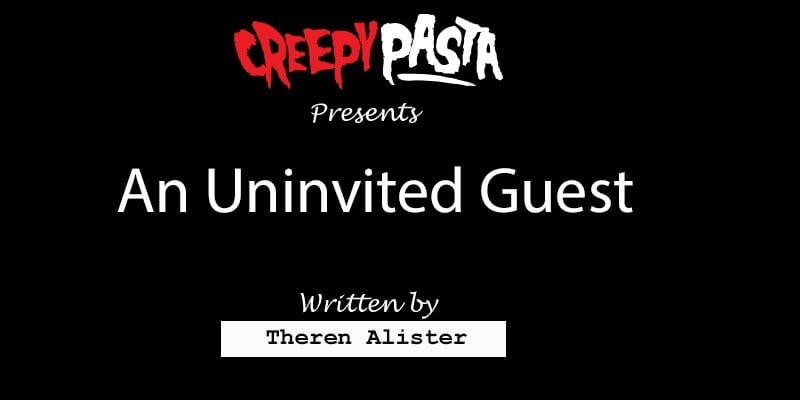 Posted at 19:24h in Beings and Entities by Creepypasta 0 Comments
Please wait...

As Samuel edged closer and closer to the staircase the scratching grew louder and louder until it became a continuous clawing. This was not the first time this has occurred since he had moved here almost five weeks ago, but it was never like this, It seemed louder and lasted for much longer.

Three weeks after he moved into the house Samuel had begun to notice that many things around the house were strange and uncommon. He also notice that every piece of furniture that was left in the house by the previous owner was disproportionate and out of place, it was a small difference, barely noticeable but once he did everything just seemed wrong. All the chairs being too short, the kitchen table being too tall, the bed was abnormally narrow and the ceilings seem far too high, but this was not the worst part about the house, one week after he finished moving into the house he was rearranging the basement and he found a small door in the corner at the bottom of the stairs. The door was just a little over four feet in height and less than two feet wide. After countless of hours of trying to figure out what lie behind the door, what it meant? Why it was there? Samuel could only stare and wonder as none of his questions were answered. The thing he found particularly strange about the door was that no matter how hard he tried, he was not able to turn the knob.

Samuel now stood before the disproportionate staircase. He took the first step into the darkness and the old wooden boards creaked under his weight, And the sound stopped… The entire house was engulfed into an eerie silence and for the first time this night samuel realized the danger that could be waiting at the bottom of those steps. He flicked on the florescent lights that had been installed into the basement before he had moved in. The dim and unreliable light given off by the fluorescent bulbs created shadows on the far wall and made the entire situation feel even more worrying. He cautiously walked over to the small door adjacent form the stairs, he knelt down and tried the doorknob, it was no use. At this point samuel was running out of ideas about what could have been causing the sound and decided to return to bed. He ascended the staircase, stumbling on the last, disproportionate step and walked back to his room.

It was no more than an hour later when he was ripped from the warm embrace of sleep for the second time, but it was not the same noise as before. This time it sounded more as if someone was rattling the knob of his front door. He jumped out of bed and ran down his hallway leading to his front door, as he reached it he grabbed the door knob only to find that it was firmly in placed and still locked, no one was at the door, but yet the rattling continued… Samuel turned his attention to the staircase once more and half sprinted to the bottom. A wave of hate, anger and utter disbelief washed over him as he saw that the knob to the tiny door was shaking violently, without thinking he grabbed a hammer that sat on the shelf to his left and began to pound on the door. The rattling had stopped long before now but he did not care all he thought about was getting to the other side of the door. He broke the wooden boards, and after he had managed to make a decent size hole in the door he stopped. He took a moment to catch his breath and through the hole in the door all he saw was darkness on the other side, and the knob began to rattle once more.

Samuel stared blankly as the door knob continued to rattle and at this point he knew something was wrong, something very bad was about to happen if he stayed in his home any longer. The door knob stopped and Samuel was about to turn and run back up the staircase. He would leave the house for the night, rent a hotel room and maybe return in the morning to collect his things, then he would move. There was a slight click, Samuel turned back to the door to see the knob begin to turn and the door slowly creaked open and at first all he saw was darkness from inside of the small opening and then to his horror and dismay he saw two long, spindly arms emerge from the darkness, grasping the door frame on both sides as they pulled, and something impossible large to have been confined into the small room which lay beyond the door slowly began to drag itself through the opening. First came a head, and then a torso, and a pair of legs crawled into the basement.

Whatever this creature was that now towered over Samuel, it was not happy about it’s current predicament. It’s head thudded against the ten foot high basement ceiling, forcing it to hunch over. The creature had dark pure black skin and gleaming golden eyes which Samuel found it almost impossible to tear his gaze away from. It had white hair that covered the beast from waist down and from the elbows down to its wrist. The creature had long, bony limbs, and fingers that ended in razor sharp claws that gleamed like polished black steel. Samuel could see every bone in its body and it looked like it had been nearly starved to death. It had the body of the man but the head of a large dog or wolf, its mouth was set into a ferocious snarl of jagged teeth coated in a thick layer of plaque and blood.

The creature let out a deep guttural snarl, and with one hand he grabbed for Samuel but missed sending him sprawling onto the cold cement floor. He climbed to his feet and launched himself up the staircase but the beast followed in pursuit. Samuel managed to make it to the top but then became aware of an intense pressure on his ankle as he was yanked back down the staircase, hitting his chin several time on the hardwood steps. The beast was now holding him upside down by the ankles, Samuel kicked his feet trying to free himself from the strong grip of the creature but he soon found that all of his efforts would be futile. Samuel opened his mouth in a last ditch effort to scream, but stop as he watched the tip of his tongue fall to the floor, along with a mouth full of blood.

It reached its other hand and seized him by the throat, holding him closer to its face. He could smell its putrid breath as he stared into it’s golden eyes. This would be the last thing Samuel would see in his short life, its hand tense as it began to squeeze the life out of him. Samuel’s eyes widen as his life came to an end. He let out one last bloodied breath as his eyes were forced to stare into the golden abyss, his grip tightened around the creatures wrist until his thumb touched his fingers. Blood streamed from his open mouth and down his chin as he tried desperately and hopelessly to suck any air into his lungs. Darkness creeped around the edges of his vision until it seemed to smothered him from every possible angle. Samuel thrashed once more and lost all feeling and he fell out of the world he had known all his life. The creatures malicious smile spread from ear to ear as savored the last weakened struggle of its prey.