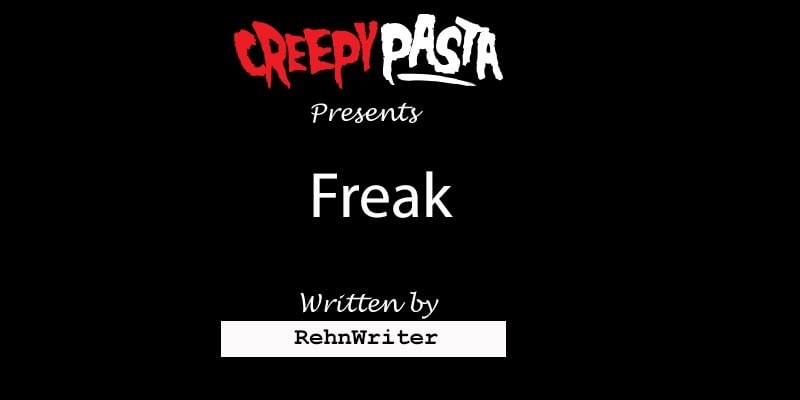 I work at the mental ward in my cities hospital. It is not like they depict it in the movies. The place is not filled with insane maniacs and serial killers. Most of our patients are just people who are confused or have certain issues. Sure we get the occasional crazy, but those are more an exception to the rule. Most of them get put straight into the asylums. That is the place that most people think of when they hear about the mental ill or the mental ward.

Recently though we got a new patient. It is a case of severe abuse, mental fatigue and confusion. The kid is in his teens and probably about sixteen years old, at least that’s what is written in his file.

At first it seemed pretty clear that he never was at a real school and came from an abusive home. Pretty soon it became apparent that there was more going on. The community he grew up in sounds more like some sort of cult.

The biggest problem is that the kid isn’t able to describe things well, due to not knowing many words or things. At times I wonder if they were just living in the wilderness.

Things get even weirder when we asked him to describe the place he lived at and the people he lived with. He just looked at us when we said the word people, but didn’t seem to understand. It seemed he didn’t know the word. He said the others were different from him and he was regarded as a freak. After that he said a lot of other things that didn’t make much sense.

It was a week or so ago when the therapist Mrs. Conrad had an idea. Since the kid was able to read and write to a certain extent she got the idea to let the kid type out the stuff he knows. Like a sort of retelling of his past. With the help of the nurses she was able to slowly teach the kid how to use the keyboard and how text editing worked. It was a whole new world for him and the first few days he seemed totally absorbed into it and was happy about every letter he made appear on the screen. At first he just typed out random things, only letters, not even words. After some more talk with Mrs. Conrad though he understood what he was supposed to be doing.

During the first few days he simply typed out what he saw at the hospital, but then he started to tell his story. Honestly I have no idea what to make of this whole thing, but when I am reading the story he write I get goosebumps. I was able to get a copy of the document and I am going to transcribe it here word by word:

Hello I was told to type out my story for the peoples here. It feels really weird to sit here all day but the caretakers said it is good to do.

I am a male one. The caretakers told me I must be about six and ten numbers. They explained what the age number is but it is strange. Back where I come from we do not have them. We only have names.

I lived with many others. We all were different. This word is hard but the caretaker showed me how to type it. Different. The caretakes said it is because of age. Some are smaller and others are bigger because of it. I am not sure if they are right. We had mothers and fathers. Better to say male and female ones who took care of the ones that were smaller and different and needed help like me. The caretakers said it was us being young ones. Children they said. It is a funny word. They say it mean ofsprung. Another word I don’t understand. They explained that it is the ones born from others.

I am bad. I am one that does not belong. I am a freak they said. I was not thrown out or left but also not treated like others. I had a box I slept in outside. The others slept inside. When it was food I only got what the others left or not wanted. The caretakers say it is terrible and were all sad but it is normal for me. I am a freak and freaks live like that. Ever since and always would so I do not ask about. The hits the beating the pain it was normal. It was my life and I only knew that. I often hurt and was hungry but I thought this was right and normal. I was at the place very long and learned speaking and reading like every one. We had a place to learn at from the olders. I was happy that a freak can learn too. I liked learning. My brain was real good not like my body. I was told that a freak can not have a good brain and was beaten by the rest. It was normal and I did not know better.

I know it was bad my body was wrong and different. The others looked not like me and were different. My head and body is weird and all the things coming out of it are wrong. I did not know why. I got older and learned more and often thinked why I was so different. I wanted to know why I was the oly freak. I got hit and said to be happy to be alive. I never asked again but wanted to know still. When it was night I walked. It hurt because my body was weak and weird. The others could do it better. I still did. At night they slept and I was alone. I liked that. The walking was nice and being alone was nice and no beating was nice. I was not not happy. I was a freak so it was normal and I knew. I lived because of the others. My body was to fragile and small and weird and white. Not like thiers. So I was thankful to them.

One night I walked to far. I have a good head and I can think but sometimes I can not think like the others. I can not feel the way and the time like they can. So I walked far away more far than usual. I forgot time because I was thinking. I wondered about other freaks. They said freaks alway were treated like me. My brain is good so I know there were other freaks before me. So I dreamt about more fraks and walked on and on. Slowy not like they do but I still walked off. I tried to get back when it got light but my body is stupid and brain smart but different. I got lost and not home.

I was alone for long time. It went dark and light many times. I got scared. I was not beaten but still missed the others. I can not hunt and eat on my own. My body is dumb my jaw and teeth and head are weird. I tried to eat like the other do and to get animals but they got away always. I am not like them.

I was alone and cried. More then before. I walked on but I was hungry and felt weak. Then during ligh I found a way. The caretaker named it street I think. I was suprised but I had learned about it. I was scared since the other said it was dangerous. I walked on it and it felt weird not normal. I was scared by fast animals often so I hid when they were running. I had to sleep at one point because I was so tired and weak.

That is when the thing happened. I am so happy. I can’t really type the words out but I am not just happy it is more. Happy was when I got to eat and was not beaten but this was different.

I saw others. Not the others from home but other freaks. They rode one of the fast animals. It was weird and I laughed because they ride inside. Oh I got told it was no animal by the caretaker. It is a car. A machine like the comuter I am writing on. I forgot for a moment because there is so much to learn. Learning is fun. I was really happy when I saw the other freaks but also very sleepy. I slept for a long time and when I woke I was at a different place. Not a cave or hut but a special one. A spital I think it is. I am still here. It is the caretaker’s home. There are so many here. I am so happy because it is a freak place. I think all the freaks in the world are here. It is so weird. The caretakers are freaks too only they are different. They are completely white and they have things around their body that others don not. Maybe they are not freaks like me but they look like it.

The caretaker was here for a long time. We talk a lot. I like that but my head hurts from lerning. I am sleepy but they said freak is wrong. I do not know what they mean. They wrote down a word for me. I do not know it. I never heard it but they say it is normal. The word is human.