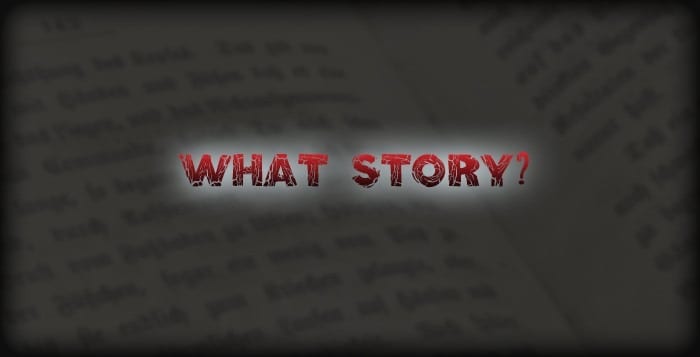 Posted at 23:55h in Artifacts and Objects by Creepypasta 7 Comments
Please wait...

I’m a normal high school student. My friends and I make silly YouTube videos, we do our schoolwork (most of it, at least) and we like hanging out with each other. However, something strange has come up, and none of us really know what to think about it.

It all started when my friend Selena decided to buy herself a book of the horror genre, looking to get into the Halloween season seeing as it was October at the time. It wasn’t a very big book, just about the thickness of those “Magic Tree House” books I read as a child. It was blue on all sides, no art or even a title. Selena got it anyway though, because despite its size, the librarian said she had read it herself and strongly recommended it. Judging from how quickly she read the book, and how much it held her attention while she was reading it, I guess we could see why. When she finished, she couldn’t stop going on about how mind-blowing the ending of the story was. Me and our other two friends, Kyle and Mark, asked about it, but she insisted we should read it for ourselves.

I’m not really a big reader. Don’t get me wrong, I can read fine, in fact in elementary school I read faster than most of the kids in my grade. Then they started making us read as part of our grade and I just lost interest. It wasn’t fun anymore since I was being forced into it. However, I do enjoy horror. I don’t know why, but I really enjoy things like Creepypasta, actual horror books, horror games, and even movies. The movies tended to be my least favorite though, seeing as a lot of the plots were reused between films, not too mention how slowly the story moved. No one else volunteered, since Kyle was disinterested as he was with a lot of the things we talked about, and Mark was the kind of person to be easily scared and spent a lot of his time being anxious over silly things. I volunteered to read it and she handed me the book.

I read it that night and it was honestly very interesting. It followed a teenage boy whose mother had been murdered, and he decided to investigate it only to find out it had been a man who had been pretending to be his father for almost a year. It was unexpected and a great plot twist, and the entire story was suspenseful and well-written. I was excited to talk to Selena about it the next morning, but we decided to wait until we could get the other two to read it. The next couple of days I kept thinking and theorizing about the plot and what was left unanswered, waiting for them to finish reading it.

Finally, on Friday, the day came when they finished, and we could talk about it without spoiling it for each other.

This is where things got strange. We kept trying to talk about it, but anytime we tried making any kind of reference or talking about a character, nothing we said lined up and we were left confused.

“Why do you think the killer was after his mom?” I asked Selena.

“What camp? And what killer?” Mark asked, seeming even more confused than the two of us.

“The killer that made the mannequins. I don’t know what they mean by camp and their parents, though.” Kyle said.

“There weren’t any mannequins in the story!” Selena and I both argued.

“Yes, there was, look!” Kyle went to open the book and flip to a certain page, but stopped when we noticed something strange. The pages all just had the word “story” written on them. We looked at each other, then back at the book. We couldn’t quite come up with anything to say. What does a person say when a full book they read a day or two ago turns out to have been pretty much blank the whole time?

Selena went to return the book, only to find out that the librarian wasn’t there, and none of the other librarians had heard from her since Selena had gotten the book from them. We’ve tried getting past it though, forgetting that it ever happened. Besides some anxiety here and there, it started leaving my mind entirely. Started to. Something’s bothering me though. Something that I noticed last night, as I was lying in bed.

Selena had plans to go to summer camp this year. Kyle has a real life phobia of mannequins… and Mark hasn’t been the same since he read whatever it was he read. He always seems to be thinking more deeply about everything. I tried asking him about whatever it was that could’ve been troubling him but he just sighed and softly said, “I can’t say, or it will happen.”

I knew I had to warn them about this, I wasn’t about to risk the possibility of a coincidence, and we’ve taken steps to protect ourselves. Selena canceled her plans for camp. We’re thinking about trying to get help for Kyle’s phobia, and for Mark who just seems like he needs help in general.