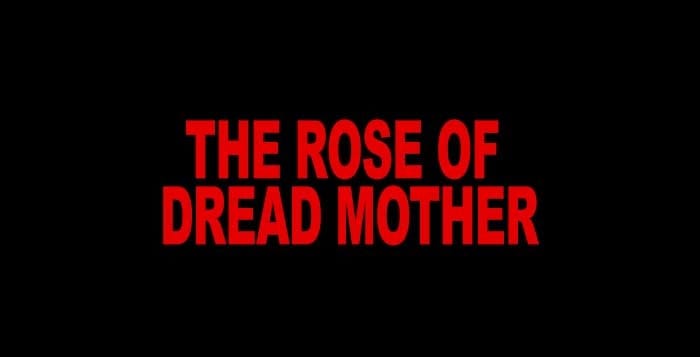 19 Apr The Rose of Dread Mother

Posted at 01:16h in Children and Childhood, Dreams and Nightmares, Madness, Paranoia, and Mental Illness, Strange and Unexplained by Creepypasta 0 Comments
Please wait...

"The Rose of Dread Mother" 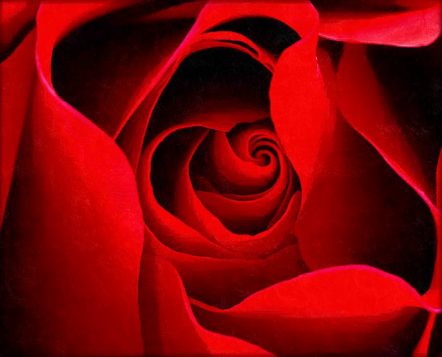 I was 12 years old when I met my mother.

We just moved into a new neighborhood. Autumn leaves began to dribble as my dad started to unpack our things. My brother, who was 4 at the time, was playing with his “Imaginary Friend” who he supposedly just met when we moved in. My brother invited me to play with her, telling me that his “Friend” wanted to introduce himself. Thinking it was absurd of him to have an imaginary friend I objected his offer. “Fine, I’ll tell her to meet you herself,” said my brother. My brother had always avoided talking to other girls since our mother passed away, so I thought it was natural for him to have a sort of “Motherly figure” or perhaps even a friend.

Later that night, however, the first encounter had happened. I was sitting in a boat in the middle of a rather foggy lake. I could still feel the wind touching my ears, is this real? might this be a dream? So I took a glimpse of my surroundings. I saw a small wooden cabin with its door opened and I also noticed that the lake was surrounded by trees, making me unable to see what’s beyond it. But that’s when I saw it, a beautiful doll-like figure wearing a humongous white gown, like the ones you see in fancy British parties. She had a red crimson hair as if she dyed herself with blood. I couldn’t take my eyes off her, it’s as if she would slaughter me if I blinked for just a moment. Before I knew it, her bright black eyes were staring back at me, giving me a chill down my spine. She opened up a humongous horrifying smile, impossible for a normal person. Her mouth was pitch black that I couldn’t even see her teeth’s. Her glare was so full of bloodlust; I could feel it just by looking at her. She chuckled, laughed for a bit, then let out a dark psychotic laugh. She let her gown open and revealed my brother’s mutilated head as well as many others just swinging as if it was attached to a string. “Now it’s your turn, Danny”. My sanity was being tested, I was about to go mad. An hour in this place and I would’ve gone on a psychotic tantrum, but I didn’t. I just stood there, somehow feeling very calm about the situation, thinking that it’s all just a dream.

Then the sound of my alarm rung across the room. I was sweating all over my body, catching only glimpses of what had happened last night. Fear, insanity, distraught, and sadness I experienced in a glimpse. Never in my early days have I felt something so dread and so full of hate. I could only imagine what dreams I had last night. So I went downstairs for breakfast and began forgetting the matter. “Did you meet her?” said my brother. I had forgotten what had happened last night so I chuckled for a moment and said: “Met who?”. “The pretty lady in the gown silly, I told you she’d meet you,” said my brother. Expressionless, I began to remember what had happened last night. Then I screamed at the top of my lungs as if it happened right before me. How could he possibly have known about the dream? I over-panicked the situation and asthma began to take over, I didn’t have my inhaler back then. Unable to breathe, I saw a blurry vision of what seemed to be the woman suffocating me while staring at me with her eyes wide open. Then next thing I know I was in the hospital bed.
“Danny are you alright? It’s okay you’re in safe hands now, daddy’s going to go to work now to be on your best behavior” said my dad in a comforting manner. I was speechless, I left a blank expression as my father left the room. Before I knew it, I was alone in a dark room. Wait no, it didn’t feel right. Something is inside the room beside me. Something dark with malicious intents. Then I began to notice the various corners of the room were exceptionally dark, except one of them stood out. It was pure black, blacker than that of the blackest sky. The more I stare at it the brighter the other corners seemed. Then she appeared right above me, her crimson red hair was swinging as I began to lose my sanity, all the while fondling with my hair as if I was hers to own. I didn’t want to even look at her face even if it meant my death. Then she just stopped, the room didn’t seem so dark anymore. It’s as if she lost interest in me. I checked my surroundings over and over and over again until I realized that she wasn’t here anymore. Then I began crying hysterically until I was tired enough to sleep.

I was in the lake again; this time it was still. The place was so silent that I can hear my own heartbeat. The fog began to thicken; I knew that it wasn’t over yet. She wanted me, she wanted my head and nothing’s going to stop it. Before I knew it she was right in front of me. She gave a blank expression as if she was waiting for a response. I felt like if I gave the wrong answer she would kill me on the spot. However, I knew I was going to die either way but I didn’t care. I looked at her, smiled at her, then said: “Insanity must be a pretty thing to have”. She smiled back at me, but this time it wasn’t a horrifying, psychotic smile but a rather warm but gentle smile. “Aye, it sure is,” she said. Gently she inserted a bright red rose as beautiful as her into my palms. “I bid you farewell, may this be a reminder to you that for whatever reason you choose to come here again, I will welcome you as one of my children and I will protect you even at the cost of my life,” she said.

I woke up the next day as if the whole situation had never happened. I also noticed that the rose was still in my palms. I looked at the window and smiled at the view. “Insanity is a precious thing, right mother?”