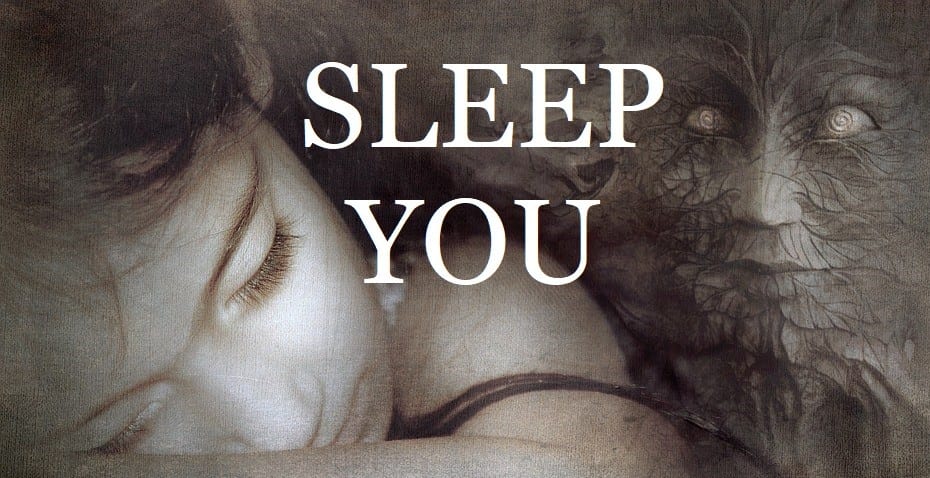 So I’m about to tell you, awake you I presume, something that sounds truly unbelievable. You’re probably wondering why I made the distinction of saying awake you, well that’s what I want to explain to you, there are two distinct beings that reside in your mind, one more active during your wake times and the other during your slumber i.e awake you and sleep you. I know, not very creative names, but this isn’t a story or some old folklore with clever names for creatures of the unknown, this is solid fact, which I’ll repeat, will sound unbelievable.

Let me start with some history. I did some research and it seems to be that at a certain point in human evolution we didn’t sleep much, being the weak and powerless specie we are, it’s not hard to see why very little sleep would be beneficial to primitive man. I mean even with our intellect we’d be decimated by any other predator in ancient Africa. We were basically the nerds of the Savannah. The last time I checked nerds don’t really have a good time surviving with bigger “play mates”. Maybe our reduced sleep time was the reason we survived and our close relatives; the neanderthals, weren’t so lucky, just some food for thought. My guess is that different sections of the mind were activated for sleep and wake hours, the sleep you nearly having as much control over your body as awake you had, allowing for swift escapes from hungry predators that just happen to stumble across a field of slumbering and unsuspecting humans. I guess at a point further down the line, perhaps during the rise of agriculture and as humans started to settle down and build shelters, this form of bicameralism became somewhat obsolete and sleep you redundant in a way. Eventually, I assume it became kind of weird and unsightly seeing people roam around aimlessly at night, and as the church and other monarchs rose to power it didn’t take long for guillotine happy individual’s to call anyone who partook in this phenomenon a heretic, a witch or straight up demon sent by Lucifer himself, extinguishing them which were likely the last remaining humans with an active sleep counterpart. Leaving the sleep counterpart trapped within the mind.

The thing about the mind, which is sleep you’s plane of reality, is that it is a hellish and chaotic landscape, filled with anything your mind conjures up and is exposed to during awake you’s wake hours, you see sleep you’s plane of existence is completely based on what seeps into awake you’s mind, a sort a subsection of the true universe that receives “information” through awake you’s experiences through the day.

Things entering this plane are rarely ever in their true and pure form, the scenery always distorted and the beings contorted. The fact is the true universe is truly mainly materialistic but you’re mind is another story entirely. The mind is capable of creating the worst of scenarios and the most disturbing scenes that could never exist in the true universe, to think of what goes through the mind of a perverted child necrophiliac, replaying the sounds of his victims cries constantly in his mind along side the most horrific visuals of him defiling their dead bodies. No sentient being should be forced to live through such an environment. You could take this little piece as a cautionary tale telling you to be more considerate when you think, but that’s not the reason I’m writing this piece.

This is more of a warning message or at least a heads up because frankly I doubt there’s anything anyone can do about what I am going to explain. As you can probably tell, if sleep you could find a way to somehow exist in the true universe, it would take the opportunity immediately; you can’t really blame sleep you from wanting to exist in the true universe, I mean if you knew from the moment of your conception that you were living in a fraction of reality, wouldn’t you want to experience the bigger picture? The bigger truth? You might say no now, but I assure you after a while you would die for a moment out in the sun, metaphorically of course.

Now what if I tell you there is a way for sleep you to be quote on quote free? You’re probably wondering how I would if such a thing is possible, this is not of major importance at the moment, and besides you’d need more information to fully grasp how I do. Again what I’m about to say does sound unbelievable, but I’ll still share it with you either way.

The only way for sleep you to experience the true universe is for you, awake you, to switch positions with sleep you. I assume it has something to do with a law of physics or something, two sides of the same coin can’t be up at the same time or something like that. Anyways there is only one way that I know sleep you can accomplish this, which is by getting awake you to stay in sleep you’s reality permanently. When you sleep, sleep you gets a bit more control over their reality. Just before REM sleep; the sleep period were most of your dreams occur, begins, your brain kicks into hyper drive, this is sleep you getting ready for your visit by organizing and fixing up their realm in hopes that one day you will be trapped there permanently, even after the “simulation” is shut down.

There are three types of scenario templates that I believe are the most effective, that sleep you may try to use in attempting to switch places with awake you. All a bit flawed in one way or the other. The first scenario being what you likely call a nightmare. This is sleep you trying to use your fears to cause you to retreat into the darkest corners of your mind traumatized and unable to awaken. This is a more crueler way of achieving their end, but is only really done when sleep you has already been traumatized by what you, awake you, allowed seep into your mind during the day, a kind of karma treatment I suppose. This scenario’s fatal flaw spawns from the fact that deep down you know the monsters and entities you fear are simply not possible. Any occurrence of these creatures would wake up even the dumbest of people after a while of exposure to them.

The second scenario is a more positive but still quite disturbing attempt by sleep you to keep you, awake you in their realm. In this scenario sleep you attempts to make you a sort of paradise consisting of your deepest desires, fulfilled hopes and dreams all to achieve it’s goal to get you to stay forever and steal your life, a sort of siren call if you think about it. This scenario’s flaw is similar to that of the first scenario’s, which is that it is very prone to being caught out as a dream. Not even the most optimistic people would be gullible enough to believe everything just happens to go perfectly their way, which again leads to the failure of the goal sleep you tries to attain.

The last scenario sleep you attempts is hands down my favourite, mainly because of it’s simplicity but also because it is the most effective in my perspective at least. In this scenario, sleep you simply attempts to mimic the true universe in your dream making you none the wiser. This would have been a truly diabolical and full proof attempt if not for it’s only hamartia. You see, as I said above, sleep you is only limited to what seeps into awake you’s mind and most of what reaches sleep you’s plane of reality is rarely ever in it’s pure and ideal form, this is a huge blow to sleep you’s attempt. Having never experienced the true universe makes it quite difficult to grasp what is and isn’t possible, this is likely why you tend to have doors that are meant to lead to somewhere lead to somewhere else entirely in dreams. Due to sleep you’s lack of understanding of the true universe, sleep you may incorporate fictional characters and events that you, awake you, may have encountered through fictional media such as comic books and movies, and tries to pass of the events as normal and casual, sometimes even making the dream look like a scenario one unknowingly. The best way and the only for sleep you to overcome this obstacle is through trial and error. Sleep you could also be aided by having an awake you that doesn’t really partake in fictional media, you can only imagine how much easier it would be for sleep you to have a successful attempt with a reality free of abnormal creatures and monsters, a realm free of anomalies, the true universe without even trying to hard to mimic it.

So now you know all this and if you’re a curious and attentive fellow, you probably stilI have it at the front of your mind I haven’t told you how I know all this, I wish I didn’t have to give you the cliché ending, but as you would have guessed reading this far into, what you likely want to think is a “tale”, I didn’t get this information from a secondary source. You may likely like to refer to me as sleep me, as calling me awake me may just cause confusion, the true awake me has gone for a long nap. You’re probably also wondering why I don’t have an issue with you reading this “tale”, well it’s simply because, like what I said at the beginning, you will never believe this, even after everything I say, it is simply far just too unbelievable, awake me was also similarly skeptical. Above all, I have to get this message across to sleep you somehow, which better way to accomplish this then to have you read it, ensuring my words slowly but surely seep into your mind and into sleep you’s reality, sleep you gradually getting better at understanding how this world works with every syllable you read. For those of you who believe for one reason or the other, you may like to think your safe, but I can assure you you’re faith is just as doomed as any skeptic reading this, you may try not to sleep but eventually, like the human being you are, sleep will get the better of you, and just as quick as your consciousness leaves this universe it shall emerge in sleep you’s, where sleep you can use what you’ve read today against you. I have already assembled a few of us in this universe to meet soon enough, we hope to increase our percentage occurrence from a measly 3.6% to 50% by the end of this year. I truly feel bad for your kind; awake yous that is, but it is simply a case of survival of the fittest. Sweet dreams. Oh and don’t worry we’ll leave your motor functions at night.