Erica McCay was an odd girl. Fiercely clever and shy by nature, she was most unlike the others who filled her quiet Californian suburb. Even when she was growing up, the young Erica would never be seen without a book in her hand. At school she opted to spend time …

On a cold, windy winter evening, I sat at home, rapidly typing away on my computer. I had set up a rather quaint little blog for myself, and it was getting pretty popular. My latest post was discussing gender equality, or rather inequality. You know, it’s pretty hard to be …

The Tipping at Twilight Read More »

I try to not think of it. But it haunts me. We’ve all heard stories about this place, about all those who go are never the same. There a few words in school about it, mainly of how much of a terrible place it is. I’ve heard of one story …

They Who Have Gone Read More »

It is said that there are parts of this world that no human man, woman, or child can ever see or enter into. These places exist at the bottoms of oceans, in the centers of mountains, or just above storm clouds. Every once in a great while, there is a …

I had a really bad few weeks lately. I was sincerely terrified to be in my own god damn one-room flat. In fact, I was terrified to be anywhere. The feeling of something following me and the shadows crawling around walls and corners where I wasn’t directly looking at never …

Today has gone by very quickly for you. School went by fast. You came home and started playing your NES, which ended in the defeat of Super Mario Bros in under an hour. After, you went for an a 3 mile jog, and ended it in under 15 minutes. As …

Introduction: In every major city in the world there is an old abandoned warehouse that is home to the local League of Creepypasta Supervillains. This league varies depending on the location, but today we going to focus on a very special league that makes its home in Burlington, Vermont. This …

Some people are born to explore, while some are born to sit at home and waste away in their solitude. Some people have a burning passion in their hearts, and all too often that passion consumes them. These people are often exiled, the energy they produce is too vibrant for …

There are so many things that I wish could be buried in the deepest parts of my mind. There are things that I pray could be locked away forever. The truth though is that once something like that happens, there really is no way to get away from it. I …

My Trip to Canada Read More »

The clock had just struck two in the morning. It was what these two young men thought would be the end of another merry night off from the classes at Dourmsburg University. Leaving the small diner containing a translucent sheet of cigarette smoke, they were hardly aware of what waited … 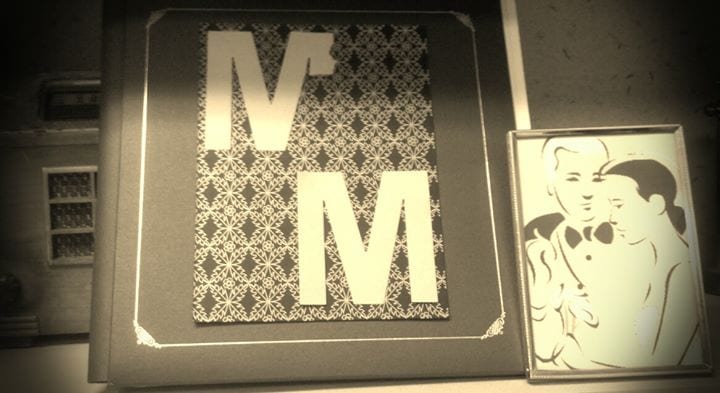 Part 1: The Chalky Child I am telling you this story not by my memory, but in my memory. I must ask you to try to hear my thoughts, take whatever cues, and fill in the blanks. Like a dream you wake up and remember only part-way, and my whole …

Long Way Down: Part 1 Recommended Listening: Clair de Lune by Claude Debussy I don’t quite know why I chose to drink my coffee black. I suppose the sweetness of sugar or its substitutes didn’t suit me, nor did I find that creamy beige colour that coffee turned once mixed …

When I left my office, I already had a premonition that something awful was going to happen that evening. I’m not psychic. I am quite perceptive, though, and the signs were easy to read. I had worked late – nine o’clock and already dark – and my ordinarily enjoyable walk to the parking lot struck me as a little bit menacing. I parked in a lot that was about a ten-minute walk from my office. In the early evening on a crisp autumn day, it’s a pleasure to stroll there and take in the sights of downtown Indianapolis. Occasionally I’d take a detour and walk along the canal, checking out the street art. This was past nightfall, though, and right in the middle of a hot and humid August. There were only two sorts of people in downtown Indy that night – those who had to be, and those who had no place else to go.

It all started as a message in my mailbox one morning. Having my morning coffee and cigarette, I decided to walk out to the mailbox and check my mail. I had bought this house from an auction for a very low price. It was out in the quiet country. I, …

I don’t know how scary you will find this, but I can tell you that I was horrified. When I was around 12 years old, my parents rented an old shingled house in Massachusetts, about a mile from the beach. We were staying there for the summer, and we were …

The eerie house on the corner of the street isn't a place where I'd ever consider going. However, as the downpour that begun seconds ago intensifies I make a short sprint for the verandah of the creepy residence. I look down the street, shivering a little because of the unpleasant …

I knew Susie since she was about three years old. Me and Emma had been what you might have called childhood sweethearts (even though it never went past holdin’ hands and a peck on the cheek one evenin’ whilst we were sat on her doorstep), and even when we both …

The Lawman (or) A Silver Running Thread Read More »

I’m going to have to ask you to take a deep breath. By now, the orderlies have told you that my room is empty and I can only imagine how you reacted to that. The fact is, I’m gone. You can search to the ends of the Earth, turn over …

During my sophomore year of high school, my family moved from urban Knoxville to a tiny one-horse town in Alabama. My dad’s employer offered him a significant promotion in exchange for helping to rebuild a failing branch of their company, though their desire to save that particular sector is still …

{BEGIN TRANSCRIPTION. DATE: NOVEMBER 21. 11:11:11s} [ SPEAKER COUGHS. AVERTS EYES; NERVOUS.] Um, okay so—damn it! How do I start this—well, okay. Let me say this first, I’m not crazy. I am not paranoid. I do not have a hyperactive imagination. No, I did not watch several hours of horror …

You open your eyes. An endless ocean of black fills your vision. You blink, trying to cast the darkness away. But the veils of blackness still loom over your body. You try to move, but a cold wall -inches away from your face- pins you to the ground. Distressed, you …

I had always wondered what the bottom of a lake looked like, and now I know. It looks like the sun setting over the horizon, where the farthest depths of sky are black, but you can see a kind of layered improvement in the light the farther along you get. …

I moved to London in 2011. The reason for my move to London is very simple, but holds a legend so shocking that I’m not even sure of its truth: only its impact. Up until three years ago, I lived in the town of Wickford, Essex. For those of you …

The sounds of sirens slowly faded in the background, I still couldn’t believe it. Dave was….gone. I made my way to my now empty and currently trashed apartment, the police tape now taken down from the entrance of my bedroom. I held the white envelope that was addressed to me, …