Posted at 06:00h in Strange and Unexplained 128 Comments

This morning I stepped out of the shower and this bathroom was fine: white walls, white tiles, sink and counter with toothpaste crusted all over. Three out of the four lightbulbs over the mirror were still good -- 100 watt, clear bulb, blinding bright in...

Posted at 00:03h in Strange and Unexplained 56 Comments

The Hum is what people have called a phenomena that occurs in some places in the world. It is a low-frequency humming noise that sounds not unlike a distant running engine. However, the source can never be found. Even with microphones and all sorts of...

25 Jun What’s in the Darkness?

Posted at 00:02h in Strange and Unexplained 49 Comments

You might be getting yourself ready for bed, hopping out of the shower at night, or running to grab something before a date when you inadvertently find yourself descending a flight of darkened stairs. About halfway down said flight, the urge to go that much...

Posted at 00:13h in Strange and Unexplained 66 Comments

It's the summer, and you're out of your college classes for at least a week or two, before the next semester starts. You've spent this time lounging around and sleeping a lot. But lately, correspondence between your local friends has dropped off. They don't drop...

Posted at 00:11h in Conspiracies and Government, Science Fiction and Aliens, Strange and Unexplained, Technology, the Internet, and the Deep Web, Television and Lost Episodes 41 Comments

In some television markets, people get two different versions of the same channel. This is usually caused by affiliates being nearby--for example, while living in New Jersey receiving the ABC affiliate from both New York City and Philadelphia, or living in Southern California and getting...

11 Jun The House Of Disappearances

Posted at 00:06h in Strange and Unexplained 27 Comments

There was this woman whose husband was acting very strange one day, very paranoid, she asked him why and this is what he told her: "Twelve years ago to this day a whole bunch of my friends and I went to an old haunted house downtown...

Posted at 00:04h in Strange and Unexplained 95 Comments

In Berlin, after World War II, money was short, supplies were tight, and it seemed like everyone was hungry. At that time, people were telling the tale of a young woman who saw a blind man picking his way through a crowd. The two started...

Posted at 00:04h in Strange and Unexplained 76 Comments

In winter of 1944, with overtaxed supply lines in the Ardennes, a German medic had completely run out of plasma, bandages and antiseptic. During one particularly bad round of mortar fire, his encampment suddenly became a bloodbath. The survivors claimed to hear, above the screams...

31 May The Disappearance Of David Lang

Posted at 00:06h in Strange and Unexplained 33 Comments

David Lang's two children, George, 8, and Sarah, 11, were playing in the yard when Lang and his wife came out of the vine-covered brick house. He spoke to the children and then started walking out across the pasture. At this time, Judge August Peck,...

Posted at 00:34h in Strange and Unexplained 98 Comments

Since before I could remember, I've wanted to be a mother. It seemed my whole childhood and teenager years were spent yearning for a child of my own. By the time I was nine, I had names--and color schemes for the nursery--picked out. All I...

Posted at 00:01h in Strange and Unexplained 52 Comments

Every individual will make 16 choices in their lifetime that will forever alter the course of humanity. No more than 16, no less than 16. These choices will be small, and at the time of decision, will mean nothing. They won't have to be choices...

24 May Remember to Turn the Lights On

Posted at 00:10h in Strange and Unexplained 38 Comments

I was six, maybe seven years old when this happened. My family had just gotten back from visiting my aunt's house. My cousins were watching a scary movie in the basement, and even though my parents said I would get scared, I snuck downstairs and...

23 May The Missed Call

Posted at 00:07h in Strange and Unexplained 57 Comments

A strange ringtone plays on your cell phone, you reach for it but whoever it was must have hung up, a wrong number maybe. You look at the phone anyway. You've missed a call. You listen to it. When you put the phone to your...

17 May Turn Off the Light When You Leave

Posted at 00:08h in Deaths, Murders, and Disappearances, Ghosts and Spirits, Locations and Sites, Strange and Unexplained 43 Comments

In Finland, there is an old but still inhabited yellow apartment, situated in a small city near an important railroad. Almost all of the people living there are over 70 years old, and in fact it seems that younger people simply won't stay there for...

14 May Just A Meaningless Coincidence

Posted at 00:01h in Strange and Unexplained 39 Comments

In 1938, over 6,000 patients were checked into mental hospitals all across America within one week of each other. Reports of similar instances supposedly came from Europe and Asia as well. The circumstances of each patient were, eerily, identical. Every patient completely shut down, shivering in...

Posted at 00:01h in Strange and Unexplained 93 Comments

You'd fallen asleep to late-night television, but curiously woke up to the sounds of the static playing on the T.V. As you sit up, rubbing your eyes, you read the scrawling words of the Emergency Broadcast System "This is just a test - This is...

Posted at 00:02h in Strange and Unexplained 57 Comments

A young man and his new bride were honeymooning in Paris when his wife went into a restroom and didn't return. With time the man began to fear the worst and went to the police. The police thought it was most likely the girl simply...

24 Apr The Hole In The Wall

Posted at 00:01h in Strange and Unexplained 127 Comments
I'm hoping at least /x/ will enjoy this because it's probablt fucked me up for life. It's seeming a lot more absurd as time passes (12 days since I moved my shit into my friends place), so I want to get this out there and have people call bullshit and pass judgement, because I think it'll make me feel better. I've moved out all my stuff, I've already called the cops, and informed my absentee landlord. I've done all the proper things, so there's nothing left to do but share my little fucked up city living story. About six months ago, my girlfriend and I moved into an apartment in the Benton Park neighborhood of St. Louis. About two weeks after we move in, her grandfather, who raised her, has a fucking stroke, and she ends up going home to Twin Oaks to take care of him. She was living with him full time until we can find out how to afford a nurse or hospice. Anyway, I'd been living in our one bedroom all alone for the last half a year. It's beautiful, newly remodeled, double paned windows, great insulation. The best a couple of hicks turned yuppies could want. It's got a couple of weird things about it, as you'll see. There's only four units in the building, on the second and third floors. We're on the top floor. The first weird thing about the place we noticed right when we moved in. The walls and floors are paper thin. I could hear every word of my downstairs neighbors conversation at all times. I know when they take a shower, I know when they fuck. And I'm sure they know the same about us. It's weird, the more info we had on each other, the less we wanted to actually know each other. They moved out six weeks ago. Then the other two units went vacant a week later. It was kinda weird, but also kind of awesome. I could finally stomp around, watch porn and play Rock Band at full volume. About four weeks ago, it got weird. It was about 1 am, and I was going to bed, and I started to hear this noise from the empty apartment downstairs. Really quiet at first, but sustained. It sounded halfway between a hushed conversation, with only one person talking, and small motor running. Just a babbling, not quite regular drone. Freaked me out at first, but I rationalized that it was some plumbing or the refridgerator downstairs. Something I'd never heard over my downstairs neighbors farting and snoring. I learned to live with it, as it rose and fell every evening. Pretty soon a steady tapping sound started in with mumbling. I know it sounds fucked up, but when you hear it every night for a while, you just make excuses for it.
Read More

Posted at 08:22h in Strange and Unexplained 75 Comments

It might happen one morning that you wake up home alone. This could be normal depending on your situation, but this morning will be different. While your environment will all seem exactly the same, you’ll notice that everything is quieter than normal. If you go...

Posted at 08:19h in Strange and Unexplained 30 Comments

Have you ever gotten a glimpse of something out of the corner of your eye? A simple movement caught in your peripheral vision. Most will simply dismiss this as a shadow brought about by a flickering candle, or perhaps a pet jumping down from a...

Posted at 19:06h in Strange and Unexplained 108 Comments

A déjà vu is actually a glitch in reality, and it indicates that something has just been changed. Someone or something has ceased to exist, all memories and records of their existence erased forever. A déjà vu happens when they get into your brain, when...

oK so basicaly its like this. youare at a friends house for like the night or watever and then you guys are making out on the couch (yeah!) and then like.. her dad calls on the phone and says "no i she likes it more... 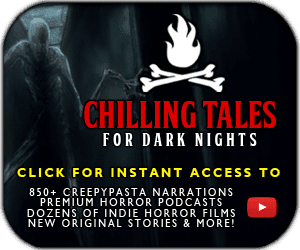