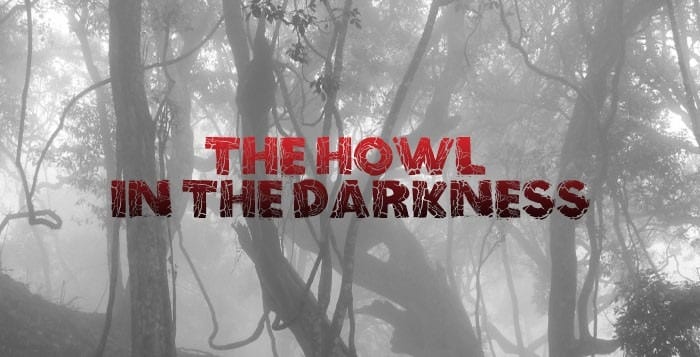 21 Apr The Howl in the Darkness

Posted at 13:23h in Strange and Unexplained by Creepypasta.com 13 Comments
Please wait...

"The Howl in the Darkness"

Horror can stem from a variety of sources, each with varying degrees of subtlety. Something as small as the flicker of a shadow has the ability to grip a person’s heart with an icy hand, just as an otherwise inoffensive scent might bring forth memories best left forgotten. Each sense guards its own gateway to that deep and pervasive fear, but none is more potent nor compelling than our ability to hear… or perhaps more accurately, to listen. A sound is just enough to make a mind ask questions, but is rarely adequate to answer them. It leaves us reaching for more, even as we feel that growing unease within.

Some sounds, of course, stand out as being far more frightening than many.

There’s a local legend in Albuquerque, New Mexico, which involves a mysterious and supposedly deadly sort of otherworldly creature. Some versions claim that it’s a man-like shapeshifter, capable of blending in with the shadows as it stalks through the desert. Others describe the beast as being curiously canine in nature, albeit with too-long limbs, black claws, and fathomless pits of darkness staring out from its skull. One thing that remains the same through every retelling, though, is the high and eerie keening noise it’s said to make when it hunts down its prey.

There is no way to describe this call without drawing comparisons, yet none of them capture the true nature of its essence. One might liken it to a fierce wind forcing itself through a jagged crack in a canyon, or to the furious, agonized scream of a woman seeing her child expire. It is felt as much as anything else, and in a way that never seems to quiet, leaving its indelible mark on a person’s soul.

I know this because when I was about eleven years old, I heard it.

I had been lying in bed, reading beneath my covers with a flashlight, when a mournful howl pierced the air from somewhere across the moonlit sands. My first thought was that it had been a coyote… but as the sound echoed through the night for a second time, I felt a shiver of panic flash up my spine and a deep weight of dread coalesce in my chest. That evil wail was not the call of anything I had ever encountered, nor of something that should have even existed in the waking world; it was the cry of a nightmare incarnate, and no amount of reason or rationality could shake me of that notion.

Now, at around the same time as this story, I’d been doing my best to foster a reputation for being an independent and unflappable badass. That goal went swiftly out the window as the screeches seemed to draw ever closer, and I quickly ran from my room to seek the protection of my parents. Upon reaching their door, though, I was presented with an even more terrifying discovery: The howls were coming from inside the house… along with a lot of heavy breathing and the occasional whisper.

I couldn’t look my mother in the eye for a week.