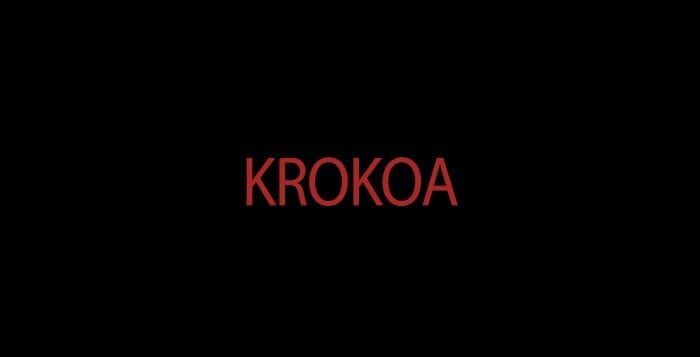 Posted at 15:30h in Locations and Sites, Monsters, Creatures, and Cryptids by Creepypasta 0 Comments
Please wait...

While I am writing this in my home and at the time I usually fill my journal with my week’s exploits, my past entries pale in comparison to what I am about to document. In between my last entire and now, my mind, which is home to rational and logical thought, has been penetrated by the world of fiction and fantasy. It was late on Tuesday night when I received a letter from my now deceased friend Henry Doctom. Doctom was the complete antithesis to me. He wore black and I wore white, he drank coke and I sipped Pepsi, I condemned god while he praised every one of them. That, I theories is why we were always friends.

From Stokesley to Oxford there was no one as intellectually stimulating as Henry. The entire spectrum of topics was at our mercy, when we gather at the common room. While the original copy of the letter was lost, I can recall the most important points. Henry had invited me to an excavation site. Located in the Hipotan mountains in Nepal. He was vague about who hired him to what they were specifically looking for but said that he needed my help cataloging the items they would find. (century they were from, what the inscriptions translated to etc.).

Flattered by Henry’s invitation I followed his instructions and in two days I arrived on Nepal soil. It was a five-mile trek to the site but the snow only really began to cause concern at the last mile. I arrived and my vision of likeminded individuals and hard labor, working in harmony to further science was replaced by a snowy wasteland. There were hundreds of holes, seemingly going on forever. I nimbly made my way past them trying to find any sign of life.

I finally arrived on a single cabin. It stood isolated in the snow. There was a name carved into the wooden door.

Filled with hope I opened the door to find a most horrific site. Henry wasn’t there. His corpse was. A pale imitation of the man I once knew. He laid in a bed of papers. They were mostly journal entries picture and maps. I was most shocked by the deterioration of his handwriting. The Henry I know would never let these mad markings reach parchment. The only thing linking these papers together was one phrase.

It was circled on every map, titled every piece of paper and the subject of every picture. I stuffed a few pieces of paper into my pocket along with the gun used to end his life. Then I heard it. A crack of lighting. I peered out of the cabin window and saw no clouds, fearing for my life I fled Henry’s final resting place and went outside.

There, in the corner of my eye did I see it. The Red Temple stood mockingly on the edge of the cliff behind him. I used Henry’s mad markings to guide me up to that terrifying temple. It felt like an eternity in the snow. I didn’t know if frostbite was setting in and I didn’t care. My dear friend, a man whose love for runs deep in my soul had been driven to commit suicide. My mission was clear.

The temple was a lot smaller than I expected. I tried to open the scarlet sanctuary but it wasn’t budging an inch. I turned to face the site below. My eyes scanned the many holes. Then it clicked. I pulled out the map and looked at it in comparison to my new stance. They were identical. The map must have been drawn from here. Then like a constellation in the night sky, the holes aligned but they formed not a symbol but a word.
“KRAKOWA”
As I read out that word there was a bright purple flash that engulfed the entire dig site including myself. What happened next would scare mother nature and all her children.

I woke up on the rim of a volcano. The rim had what originally thought were spikes. But on closer inspection to be massive pillars, these deliberate crafted monoliths stood erect, riddled with holes.
I approached one spire with caution. Suddenly, a creature edged out of the shadowy pod. It was nothing I had ever seen before and hopefully I will never see again. Its head was a perfect sphere, it was covered in millions of eyes. Its body was like a worm, it shuffled towards me emerging from the shadows, it was the size of a lion. Then a pair of wings sprouted from its back. The winged worm (as I will now refer to it) hovered momentarily, its seemingly never ending number of eyes were all staring at me. I was paralyzed with fear. I didn’t know what it was, what it was going to do with me, all I did know was that I was all alone, in a place I might never leave.

The magma began to bubble and the volcano erupted, a massive creature emerged from the hot liquid. Almost in response, the pillars and ground beneath my shaking legs began to crack and split as an unfathomable amount of these Winged Worms shot out of the pods like bullets from a gun. I ran to cover to protect myself from the falling hell fire.

The winged worms circled the colossus, creating a tornado of black leather wings. The eye of the storm, a chained giant. I peered out of cover to see what the creature was.
It had huge glowing red eyes. Its skin was the tone of rotting flesh. It was lacking nostrils and a point for oral communication. It had a single eye centered at the forehead. No hair grew on this beast it was stripped bare but only the torso and above were visible, the rest were still submerged. It had two pairs of arms. All four of them bound by a chain made of a what I now believe to be a living creature. I bared witness to it sliding and slithering around the creature’s chest like a serpent.
The winged worms began to chant. They spoke so fast but so low that I couldn’t understand when one word began and the other ended that of course being if they were even speaking words at all. The chant was seemingly successful. Like a child after a tantrum, the beast returned to it volcanic imprisonment.

The whirlwind of winged worms dissipated. Back to their pillars. Except one. It saw me behind the pillar, and I saw it.

I ran, as fast as I could, while I was aware that I was running around the volcano I didn’t know what else to do. It only took a few minutes after the chase began that I felt fatigue sinking in. I than remembered I was bearing arms and produced Henty’s handgun.

It was a western revolver. It only carried six shots. Knowing that one was used by Henry to end his own life, at best I knew I only had five bullets.

I turned to face my foe and with a swift flick of the wrist I opened fire. I had never fired a gun before so the shock of the recoil and the sound of the shot caught me off guard. I staggered back. A bit further back than I would have liked. I fell.

I woke up in a hospital ward. Without the gun or the note that lead me on this odyssey in the first place. After I was discharged I spoke to the two officers who found me. They denied any knowledge of the dig site ever existing in the first place.

My trip back to London was one of tears and spirits.

As I bring this entry to a close I would like to say, what was that! At the window! A winged worm with a thousand eyes, and another one banging down the door and another and a…