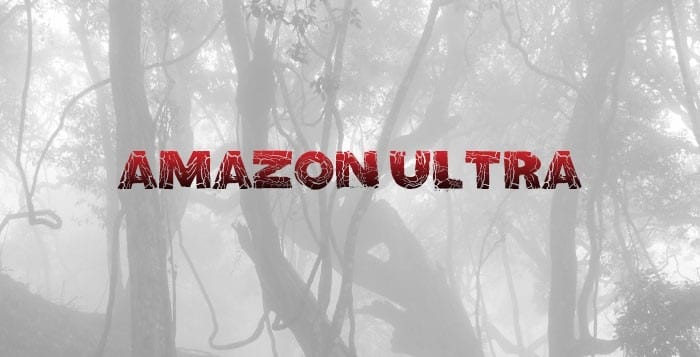 Posted at 15:59h in Strange and Unexplained by Creepypasta.com 14 Comments
Please wait...

I got an email from Amazon about a month ago saying that I had the opportunity to be part of a trial group for Amazon Ultra. The spiel promised access to all the regular Amazon Prime stuff, Amazon video with some extras for some of the shows, making of’s, etc. Amazon music, which to be honest I never used (I‘ve got Spotify for that) and a new delivery plan. For a hefty monthly fee I could get unlimited immediate delivery on everything! Drones apparently, hence the cost. They said it was fast and discreet. It also said that it could link to my emails, social media and phone to be able to predict what items I would need and automatically order them, it would even anticipate the time I would need them. Well, obviously I signed up. I mean, it was expensive but I had to try it. Emma, my wife was definitely not very happy, we had a bit of an argument about that one. I’ll sign her up for her own account, that way she can see for herself!

It took a while to get set up. I had to download the app and give over the passwords to my Facebook, Twitter and Google. When the app was installing it also asked for some weird permissions I hadn’t seen before. I only skimmed it before clicking ok so I can’t remember what it said off the top of my head. I just remember thinking it was odd. After a month of monitoring my habits the app then advised me to leave all the doors in my house open and at least top floor window for optimal delivery access. I went with the bathroom because you know, it’s probably the one room you want to air out. The wife wasn’t a fan of the draft though.

Anyway, to start with it was amazing. I woke up the next day and went to brush my teeth and realised I was out of toothpaste. I hopped in the shower and as I got out, I heard a whirring sound, felt a slight breeze and lo and behold, there was a new tube of toothpaste in a little package on the sink… I’d had a curry on my own last night (Emma was out on an office party), and suffice to say, I was especially pleased to see a parcel containing a new pack of super soft toilet paper chilled by the early morning sky. The drone was hovering by its gifts waiting for me to acknowledge the delivery. I pressed the green button to signify I wanted the product and it flew off, back to wherever it came from. When the Mrs said she was going on a business trip there was an 8 pack of beer and a blu ray waiting on the coffee table for me without even a thought, all accompanied by a soothing whirr. It had started to anticipate my wants! If you’d asked me then I’d have given the service 5 stars, no questions. There were restrictions however, you couldn’t just order yourself items to anywhere. It had to be to your designated shipping address, a safety feature I rather enjoyed.

If they couldn’t find a way in they would leave the item on the doorstep and bump against the door till someone pressed the green button. I thought it was strange, but the email did stress how discreet the service was so I didn’t complain too hard, after all, these things were so convenient! So when I heard a gentle knocking on my door I knew what to expect. Instead of some treat I hadn’t thought of in its delivery basket it was a long box, the box was ripped slightly. This wasn’t unusual with some of my packages. The items were always ok so I just assumed it was due to the speed of processing. I saw a metallic glint through the hole. I unwrapped it and realised that what I held was a long, sharp butcher’s knife. I saw a torn portion of the label, it was addressed to Emma. Now Emma doesn’t cook, perish the thought, so needless to say I was puzzled. She was on another work trip and said she would be unreachable for the next week so I accepted it. A few days later two more packages turned up also addressed to Emma. I shouldn’t have opened them but my curiosity got the better of me. It was a bone saw and duct tape. I had no idea why she would want them, the tape I could understand but who needs a bone saw? She works in an office for god’s sake!

Slowly more packages arrived, each one filling me with an increasing sense of dread. A pair of ladies black leather gloves (Emma never wears gloves), rat poison (we have no rats) and a huge jug of drain cleaner. The industrial kind. The kind that melts flesh. I checked the label. I tried calling her to check that these were legitimate deliveries but, as promised, her phone cut straight to answer machine. So I accepted them. They were easily returned and, despite my nagging sense of unease, there had to be a reasonable explanation for it. I was just letting my imagination run riot.

I awoke on the day of Emma’s return with a sick feeling in my stomach, I hadn’t been sleeping for the previous few nights and was exhausted. I groggily opened my eyes and saw a drone hovering at the foot of the bed. I looked in its delivery basket and what I saw made my stomach drop. It was a plain, square cardboard box addressed to Emma. The corner was ripped. Through the rip I could see a black sleek barrel of a pistol. I tore the box apart and looked at the invoice. This delivery had a time attached, it had arrived an hour early. My heart lurched. Everything else I could dismiss as an error or a glitch but this? This gave me a time, this gave me a method. Amazon was doing its job as advertised. It knew she planned to kill me and wanted to make things as easy as possible! I was just lucky to have signed us both up! As I hit the reject button on the drone I heard the key in the door.

My relief at watching the weapon fly out of the open window was swiftly replaced by rage. That fucking BITCH! After all our years together she would do this to me? She was probably fucking someone else as well. She’s never in the house. As she walked up the stairs I imagined her with a thousand lovers, drinking champagne and laughing as they plotted their lives after the minor inconvenience that was my life had been removed. She walked into the bedroom and I screamed at her that I knew what she planned to do. That slut laughed in my face. IN MY FACE. The red mist of my fury descended and, through the rush of blood in my ears I heard a faint whirr. I felt the drone put the hammer in my upraised hand and as I brought it down onto my former lover’s head, I see her smile turn to a look of fear. Grey matter slowly oozed from the wound as she fell backward onto a tarpaulin that was already being pulled into place by two drones. They really were so convenient. As I poured drain cleaner onto the body a thought gave me pause.