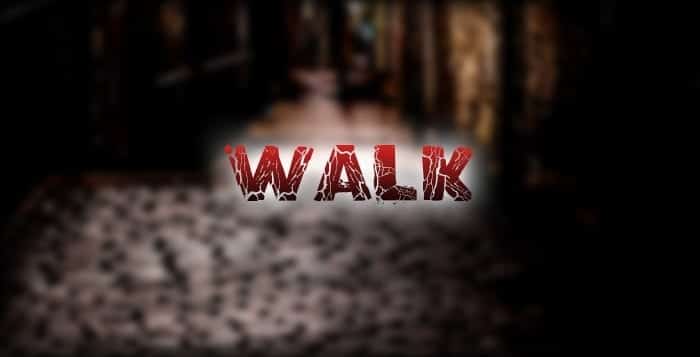 Posted at 23:51h in Deaths, Murders, and Disappearances by Creepypasta 8 Comments
Please wait...

October winds are the coldest.

After an unfulfilling day in the office, Jane thought a breath of fresh air would clear her mind. Despite working under a female supervisor, the competition was even stronger despite Jane having returned from six months of medical leave. The sun set over the climbing skyscrapers, ricocheting deep hues of magenta and crimson across the brick office buildings.

Jane crossed the cobblestone pathway by the Bohemian Garden across from Porter Boulevard where she worked. It wasn’t a very large park, but nonetheless gave locals and real estate a boost to their value. She had often admired the bridge, appearing as though dwarves carved it themselves. A lion face adorned the cornerstone of the bridge, surrounded by stoney floral faces. Blank faces conveying neither fear nor joy, only an expression of silent resignation that they would be trapped on the bridge forever.

She stopped to retie the laces on her Oxford shoes, bracing herself on the edge of the bridge. It would be twilight soon and crossing the park usually took about twenty minutes, at a brisk pace. The constant ache of the office kneaded away as she trod across the uneven pathway. Quiet. The occasional whistle of a nearby sparrow. A sharp October breeze rustled the shrubbery lining the path.

She ventured past the point where the trees opened to the business district and into the hollow tunnel of maple trees. The crunching of fallen leaves became melodic and easy to ignore.

It had been six years since she had taken this particular route home. It had been the end of May. The noonday sun shone through the trees as she took her lunchtime stroll, having already eaten her apple and sandwich. It was in this next clearing that she had seen him.

He had smiled at her; riding by on his bicycle. He wore a dark brown suit and derby hat, tipping it to her as he slowed his bicycle to a walking pace. What a pleasant face he had…

Another whisk of cold air blew against her arms, bidding her cross them.

They had talked for quite some time, causing Jane to return late to work, but with the promise of meeting at the same place the next day. So they did.

The ragged flap of wings startled her as a flock of crows soared from a tree. They cawed and swept away into the fading violet sky.

Jane heard his low voice coaxing out her innermost secrets as she blushed uncontrollably. She felt his rough hands touch her rouge-smitten cheeks. It was that week that her supervisor called her into his office to lecture her for tardiness. Jane promised that it wouldn’t happen again.

She shook as the October wind swished against her polka-dotted skirt, raising goosebumps all down her body.

He held her hand as they laughed together, him on his bicycle with her walking beside him. They had danced to him singing an old jazz tune, partially blocking another cyclist on the pathway. She had danced out of the way with him. It had been their sixth meeting together. Jane wanted more.

Her supervisor called her into his office, demanding to know what the cause for her distraction had been. Jane had flushed crimson, folding her arms behind her back. She had met someone. Someone whom she really liked. She recalled her supervisor’s paled expression, followed by a sudden burning purple in his face, like a beet ready to burst. He told her to get out of his office. Confused by this sudden rage, she bolted to her desk in a stream of tears.

Jane hurried along the path, drawing her eyebrows together. It had been six years.

The man kissed her red lips, dipping her backwards in his rippling arms.

Her supervisor had threatened to fire her the next day for being late again. Jane babbled between tears that it would be the last time.

They had been taking their usual stroll along the path, Jane being very wary of time. He had seized her arm, insisting on showing her something. The man had bent down on one knee, revealing a velvet ring box. Jane’s cry of joy and shock echoed merrily in his expectant ears.

Jane stopped dead in the pathway. The red still stained the white roses amidst the shrubbery.
A flurry of blood shot out of the man’s chest as the knife powered back and forth, painting a scarlet stain on his freshly pressed jacket. A shower of blood spattered onto Jane’s white dress.

She screamed, her hands having not made the transition from excitement to utmost horror. The man fell to the ground, gurgling, eyes wide open.

The stain stared her in the eye, like his eyes had.

Bloody hands gripping her wrists. Screaming. Screaming. Being dragged along the pathway. A sweaty hand over her mouth. A heavy hand pinning hers to the dirty ground, away from the path.
She beat and clawed at seemingly nothing but a wall. An explosion of pain surmounted in her left temple. Then at her neck. Only feeling the breeze across her belly, then an intense, sharp pain within her. A smothering pressure covered her. A throbbing rhythm surged. Surged. Surged. Surged.

The air was still.

Jane opened her eyes, breathing raggedly. The rusty taste of her lover’s blood intermingled with her attacker’s sweat. Salty. Bitter. Too afraid to cry. Afraid to breathe. A sudden crack of a voice asking if she was all right. Being lifted up. Feeling herself running, only it was not her legs that ran. Bright lights. Masks hovering above her.

Jane fell to her knees on the rusty stain, clutching herself in a desperate embrace, leaning forward as though pieces of him still remained. A silent sob. A mourning scream.

She opened her eyes to white. White room. White masks and coats. White paper flapping about on clipboards. Black ballpoint pens clicking away.

She opened her eyes, hoping to see him on the pathway; brown derby hat in hand. Brown eyes beckoning. Brown jacket wrapped around her thin shoulders.

She sat up in the white bed, trying to think. Focusing on moving air from her mouth to her insides. Focusing on swallowing.

Jane read the papers; reading her gender in headlines, seeing his face alongside condemning rhetoric and skeptical questions, reading dramatic interpretations of her doctor’s words, typed alongside a journalist’s career-making delivery.

She squinted as cameras flashed, feeling the orderly roll the wheelchair. Staring at her home-nurse as she tried sipping soup. A written apology from work. A personal visit from the owner. Sitting numb through an attorney’s advisements. Sitting silently through the interrogations. A building scream as she recognized her attacker as her boss. Radio flickering with breaking news. A trial set. A jury selected. A unanimous verdict. A sentence announced. A cheer from the courtroom.

Jane sat silently. As though an electric chair would ever bring back those brown eyes.

Drinking a little at first to dull the aches. Drinking more at night to offset seeing his face in her sleep. Drinking alone to quench the burning violation given to the only one who knew her. Seeing her lover along the pathway. Feeling herself falling into an ocean of blood. Choking herself awake.

Finally leaving the house. Finally talking back and forth with the middle-aged Jewish therapist who helped her sort through her nightmares. Breaking the barrier between reality and those fears that claw from the shadows with jaded teeth. Walking into the grocery store for the first time without being recognized. Returning to work for the first time since it all happened. Seeing the vortex of blood disappear on the cobblestone.

Jane lifted her eyes from the pathway and blinked to clear the tears.

It was dark. The lamp lights along the pathway beamed, as though nodding in sympathy.

Jane rose from her knees, adjusting the leather belt on her messenger bag. She wiped her nose on her hand, smearing it on her skirt.

She kept breathing into the starcast sky, and let the crunch of autumn follow her home.