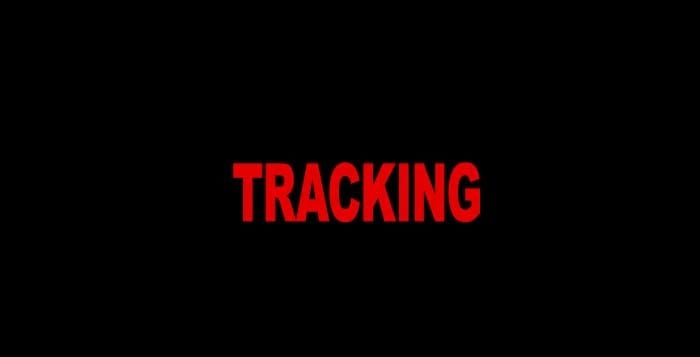 Posted at 00:29h in Strange and Unexplained by Creepypasta 0 Comments
Please wait...

David sprung out of his seat when the bell rang and hurriedly got his jacket. He could tell that everybody else in the school shared his excitement, and why wouldn’t they? It wasn’t often it snowed in Louisiana.

When his parents heard about the forecast that Sunday they gently tried to prepare him for disappointment. They told him that it hadn’t snowed in their town in fourteen years, and even if it did snow, it probably wouldn’t have been enough to do much of the things kids do while playing in the snow. But their son was a six-year-old who was told he would see snow for the first time. They knew that their words fell on deaf ears.

Despite the odds, by some miracle, it snowed a few inches on that Tuesday night. It was something that was almost unheard of for the climate they were in.

It was more than David could have ever hoped for.

As he rushed out the school into the biting cold, he saw his friend Amber waiting for him out front. She was grinning ear to ear and waved for David to hurry up. They had made a plan with a few other kids to get together after school that day and play in the park, and she didn’t want to miss any of it.

The two of them walked through the path they took every day, made less familiar by the white blanket covering the landscape. The plan was to quickly get home, grab the extra layers of clothing their parents had insisted on, as well as any other supplies they thought they would need, and rush to the rendezvous point the group had set up.
Before long, they passed the woods near Amber’s house, and she rushed off to take her shortcut home. David waved goodbye and hurried off.

Around an hour later, David met with his friends at the park, but while he scanned over the faces, he realized that Amber wasn’t there. He asked the others about it, but they were just as confused as he was. They all decided to just start without her and let her join when she arrived.

David had fun that day, doing things he’d never thought he would get to do, but the thought of Amber weighed in his mind, the thought becoming heavier and heavier as the day continued.

She never showed up that afternoon.

David was concerned, but figured that something must have come up. Even so, it felt strange to do what he and Amber had been talking about for days without her. He went home earlier than he thought he would that morning.
Amber’s house was out of the way on his walk home, but near his house he had a clear view of the forest he saw her run off in.

After a moment, he went inside.

The next day, the snow had still not melted away, but any joy that fact would have brought David evaporated with the announcement he got at the beginning of school.

Her parents had been looking for her since the previous evening when she didn’t come back from the park. They searched the town, looked through the woods, and notified the police, but she had yet to turn up. No sooner had this news come to David than he was asked questions by the police about the previous day. They urged him to try to remember anything odd about the way she was acting on their walk home, but nothing came to mind. There was nothing about that walk home that was different from the scores of others they took together.

The school day was miserable. Any anticipation the snow had given him was gone, and he just wanted to go home. That afternoon, as he walked the path he and Amber took every school day alone, he tried to think if there was anything he saw that would give him a sort of clue. He wracked his brains, but turned up empty.

He looked up and realized that he was almost at his house, and saw those woods to his right. He looked over the landscape. Freshly fallen snow forms an even blanket over the ground, but the elements blow it around and footprints from man and beast alike pockmark it within hours. The snow he saw before him was no longer the smooth white layer he had seen yesterday.

It was at that moment that he saw it.

It was muddled, loosely defined, and interrupted several times by other tracks, but it was Amber’s trail of footprints, he was sure of it. They followed the same path that she had taken the previous day, and had a shape matching the boots she was wearing.
This was the clue he was looking for!

He eagerly followed the tracks, knowing that they would lead him to Amber. He walked beside them into the woods until he hit a wall a minute later.

It was like she halted dead in her tracks, but there were no footprints leading away from that spot. It was as if at that moment, she just…vanished.

Looking around, he saw that her trail wasn’t the only one that was cut off. Other animal tracks, some he recognized and some he didn’t, followed that same pattern.

Suddenly, David became uneasy. He started regretting following the footprints without letting anybody know where he was going.

His curiosity was replaced by the feeling that he shouldn’t have been where he was standing. He resolved to follow the tracks back out of the woods and tell his parents about what he found.

It was when he had finished that thought that he heard something in the trees.

He didn’t have time to look up.

During that winter, 6 children had disappeared from the town. Their whereabouts have yet to be determined, and there were no leads that anybody could have followed. Every parent feared for their children.

The disappearances stopped as abruptly as when they started when the snow melted.