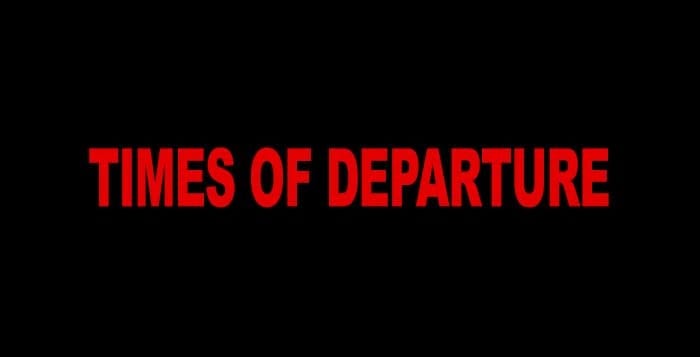 06 May Times of Departure

Posted at 10:30h in Strange and Unexplained by Creepypasta 0 Comments
Please wait... 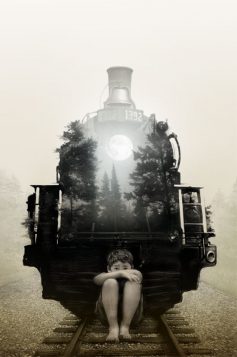 Times of Departure
By John Clewarth

When Ida Renton had first read Public Information Leaflet Number 3, in the month of July 1939, she had had no conception of the events that would befall her later that year. Evacuation: Why and How? Indeed, it was true that the Lord Privy Seal’s Office, when producing the leaflet, certainly understood why the evacuation would take place. As to how? They would have been as blissfully ignorant as all the human cargo aboard the locomotive, on that fateful evening in early September.
In a matter of days the very fabric of Ida’s life had begun to disintegrate and fall apart. The family that she had thanked God for in so many private prayers, and worked so hard to nurture, had been divided as a direct consequence of the anti-semitic actions of the hated Adolph Hitler. Her beloved Charles had left for front-line action on September 10th, and barely three days later she had packed her belongings and those of her children, preparing to leave her London home indefinitely. She had lost all control of her life. Just like before…
So many years of abuse at the hands of her tyrannical father. The beatings had been merciless and absent of reason. She and her mother had been human punchbags ever since Ida’s birth. That was when the excessive drinking had begun. William Dexter had degenerated from that time forward. Almost inevitably, his threat to ‘swing’ for her mother had become harsh reality. One blow too many. He had beaten the poor woman to death. He would, without doubt, have taken his own daughter’s life also, to silence her, if she had not been fleet enough of foot to escape his drunken lumberings, and flee the house by the back door. She had run through the passageway between the back-to-back terraced houses and half-way down the street; straight into the huge form of the village policeman.
A month later, William Dexter had stood on the trapdoor, noose around neck, screaming revenge on his daughter. The ravings of a maniac, of course. Revenge for what? And by what method could he wreak it, when seconds later he would die dancing on the end of a rope?
He died in disgrace. And not one soul voluntarily attended his burial.

As she waited on the station platform, with so many other women and children, her father never crossed her mind. It was Charles that she missed so intensely. He had been the first man that she had trusted since the execution of her father. But she did not trust him immediately. Charles, however, had been so patient with her; so reassuring to her. She had gradually lost her heart to him and they were married. The fruits of their love – George, four, and Joseph, three – huddled close to her now, as the train slowed into the station. Older children, less fortunate than themselves, bearing labels like so many packages, prepared to bid farewell to their mothers until they knew not when.
Two hours later the train was leaving the bustle of the city miles behind, as it slithered through rolling hills and valleys like a black serpent, heading for Wales. Ida’s tears had long since dried and she now sat holding her two sons close to her, as they peacefully slept; they were oblivious, at least for the present, to the upheaval in their lives, as they travelled into the fading light.
With the feeling of desolation and isolation almost too great to bear, Ida closed her eyes against the harsh reality of evacuation. For some reason which eluded her comprehension, the simple act of lowering her eyelids had an effect not dissimilar to the switching on of a cinema projector.
The livid features of her father, twisted by alcohol, jeered over the prone form of her mother, as his huge fists rained blow after blow upon her head and body. Her poor face was so battered that her eyes were mere slits; nonetheless, the pleading was still evident in them. And then the fiend was up and coming straight for Ida, ready once more to administer pain and suffering.
She opened her eyes again, preferring the desperation of the present to the nightmares of the past. And yet, although the memories of her father fled, the darkness remained. Fear held her close. When she had closed her eyes, the daylight had been diminishing, but it was far from the black of night. Now, seconds later, she stared blindly into a complete absence of light.
This was terrifying enough, but something further seeped into her subconscious, carrying with it foreboding and horror.

There was a presence in the carriage with her and her children. An evil presence – so evil it stank.
She dare not move. The children stirred in her embrace. She pulled them still closer. Her heart raced. The youngest boy murmured, “Mama,” – then the infants were torn from her arms by an unseen force. She screamed long and hard, rising to her feet, her arms flailing the air in hopeless search. What she listened to next was the most petrifying sound she had ever heard.
Her father’s voice. From beyond the grave.
“Ida,” gruff, mocking, “I’ve returned to settle our differences.”
Silence. Seconds that seemed like hours. Her ears strained. Cold sweat dampened her skin. Still she blindly groped with her hands, seeking her children.
“Please,” she began to sob, “please don’t hurt them!”
The Hell-voice boomed out more violently: “Hurt them? No, Ida, I wouldn’t hurt my own grandchildren. You denied me the opportunity to ever know them. Oh no, I won’t hurt them. We’ve got a lot of catching up to do. I’m taking them with me – to the other side.”
With the conclusion of these words came the soul-destroying screaming of the innocents, as they implored their mother to help them. High-pitched, panic-stricken screeching which, to the even greater distress of Ida Renton, began to grow fainter and fainter…
Then silence once more.
An explosion of sound. Contrasting in timbre. The guttural sound of her father again. But this time it was he who vociferated with abject fear.

Strangely, whilst his howling filled the fuliginous void between this world and the next, his decaying stench dissipated, to be replaced by an aroma familiar to Ida. As the children were propelled back into her arms, and the hopeless wailing of her long-dead father grew distant and then silent, the sweet smell of limes – that scented her darling Charles’ cologne – lingered in the carriage, long after the light returned and the youngsters clung tightly to their bewildered mother.
When she received the telegram a week later, informing her of her husband’s death as a hero in front-line action, she wept her heart out. And only she knew of his last true act of heroism.
Charles Renton had been killed shortly after dawn of September 13th 1939. Later that day, on a steam locomotive bound for Wales, he had returned to his beloved family one last time.