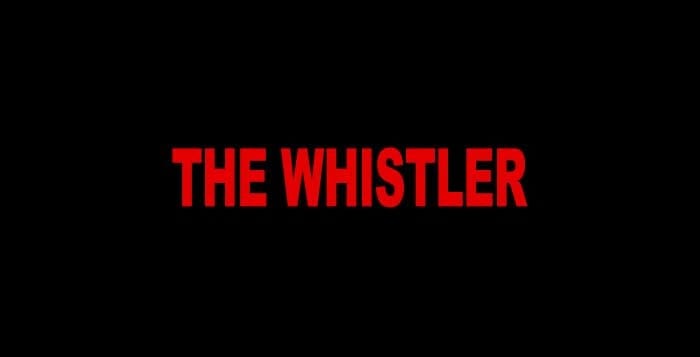 Posted at 00:30h in Beings and Entities by Creepypasta 0 Comments
Please wait...

The front door opened, slammed shut. Any moment now, Gary would either start buzzing about how well work had gone, or else he would stalk upstairs and think how best to word his complaints about his boss while he changed for supper. It was always one or the other; there seemed to be no middle ground with Gary’s job.

Today was a complaining day, and a bad one by the way Gary’s feet stomped up the stairs and down the hall to the bedroom. I sighed and mentally prepared myself as I extinguished the flame beneath the stew. I had learned long ago that it was best to let Gary vent his frustrations without interruption. If he was allowed to say his piece he would calm down quickly, and then we could carry on with our evening.

I glanced up at the ceiling suddenly, surprised. Is that…whistling? It was not angry, spiteful, melancholy—nothing like that; just cheerful, intermittent whistling. I had been wrong, then. Gary was not frustrated. Quite the opposite, it seemed.
Inside, I was relieved. I knew it never had anything to do with me, but listening to Gary complaining did begin to grate on my nerves until it felt like I was the reason for all his troubles.

Maybe he has some really good news, I thought to myself as I began setting the table. It certainly had to be something above and beyond a pleasant workday that put Gary in such a good mood.

The phone rang as I poured the milk, startling me and sending opalescent puddles spreading across the table. Quickly throwing some napkins down to halt the expanding spill, I wiped off my hands and answered, “Hello?”

“Hi honey, it’s me. I’m going to be pretty late tonight. Traffic’s horrible. I think there was an accident or something. I’m not sure how long it’ll take to clear up, so you should probably just start eating without me. See you soon…I hope.” And without giving me a chance to reply, Gary hung up.

A deathly chill encased me as I turned to face the front door. I could see it was still locked. Upstairs, the whistling continued. The tune was familiar, but it was so off-key that I had trouble naming it. It went on and on, halting now and then for a breath, rising and falling until I could stand it no longer. I found myself inching towards the knife rack on the counter, and before I knew it I had pulled the largest blade from its place.

Whoa, I thought to myself, slow down. There was an intruder in my house. My best option was to call the police.
Sliding the knife back into place, I picked up the phone and began to dial. 9…1…1…
What answered was not the friendly, calming voice I expected. I slowly pulled the handset away from my ear and stared at it with revulsion as a series of cheerful but off-key notes came pouring out, trilling in awful dissonance with the song from upstairs.
My hand began to shake as I returned the phone to its place. My eyes turned once more to the ceiling. The sound had devolved into a senseless warbling, something that I found hard to connect with a human voice, although the melody was still vaguely familiar. My hand reached once more for the knife.

I made my way timidly to the stairs, pausing as I came to the front door to make sure that it really was locked. An awful feeling of expectation trickled down the steps as I stared up into the darkness of the second-floor hallway, and I gripped my knife tighter, holding it in front of me to ward off…to ward off what, I had no idea. Taking a deep breath, I began to climb.

The upstairs corridor was empty, but I could not relax. The door to the master bedroom was shut, and I eyed it warily in the knowledge that it was always left open. Listening closely, beneath the whistling, I thought I could hear footsteps on the other side, padding softly as they shuffled across the carpet.

Swallowing the lump in my throat, I placed one hand on the doorknob, took a moment to calm my pounding heart, and wrenched the door open.

The master bedroom was vacant. My ears ringing with the sudden silence, I crept inside, my knife held ready, but there was no sign of anyone besides myself. Releasing a pent up sob of fear, I collapsed on the bed. Just a second ago, there had been someone in here! I had heard them whistling, walking back and forth—I would have sworn that I even saw a faint shadow pass underneath the door before I forced it open.

Pulling myself together, I got up from the bed and made one last inspection of the room. Nothing. Had I imagined it all? Still shaking from fright, I resigned myself to the fact that the bedroom was empty, and turned to leave.

A tall figure blocked the door.

His eyes slid halfway shut, his head rolled to one side, and his breath fell silent.

The dripping knife dropped from my hand as I covered my mouth in shock. My husband lay dead at my feet, and I—

As the horror began to overwhelm me, a cold draft hit the back of my neck. Softly, so I could barely make it out, whistling. It passed by my ear and down the hall; heavy, stomping footsteps as the voice moved downstairs. The front door opened, and at that moment I recognized the song, and the lyrics ran through my head:

Now we’re done. It sure was fun, but thanks to you, now we’re through.

The door slammed shut, the whistling was extinguished, and my screams filled the air.