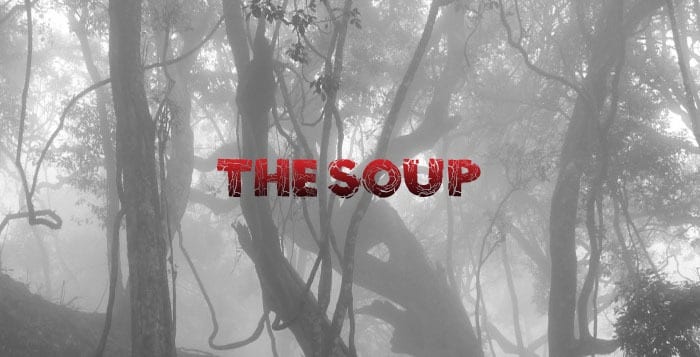 Posted at 17:30h in Beings and Entities by Creepypasta.com 23 Comments
Please wait...

I had a son. His name was Tom.

I remember just how much I loved him, and what for. The sweetest child anyone could possibly ever see, just a pure bundle of joy bursting with positive energy. But, along with the good memories, also come the bad ones. I still remember his death, and I see myself as completely at fault for it. It really was my fault, if only I hadn’t been so stupid and ignorant…

It all started on a sweet, summer morning in a Kentucky, which is where me and my only son Tom lived. We had moved a few months earlier, away from Texas, where we used to live with my boyfriend until we broke up. Now I lived alone with my only son in a pretty large house of by the country side. I found it very peaceful there, and thought that everybody around me would have a very positive impact on my Tommy, the children, friends, classmates, and even the neighbors. I didn’t have any neighbors, besides one old lady who lived across the street. At first, I thought she was kinda creepy, and that I should stay away from her as much as possible. But later, as I got to know her, she seemed like a pretty nice woman. Her husband had been murdered a few years ago, so she lived alone in her small little house. Her name was Milo. Me and Milo would usually talk after I dropped off Tom at school. I remember how she would always tell me about her babysitting business, and oddly enough she would always double over with words about her soups just after that.

I always thought it was strange, but I did realize that she was an old lady and that she was probably going senile. Soon, our conversations became shorter and shorter, as her requests to babysit grew to tedious amounts, and she would always end our conversations with “Oh no, I have a child scheduled at 5 today, I must go prepare the meal! Have a nice day, Joan!” or “I must go make some soup, I just finished babysitting, and I am quite famished.” I always wanted to let her babysit my Tom, since she got great reviews, and always seemed so nice and cheery, I thought she’d be a great influence on him.

So on this very morning, I received a call from my office, saying I needed to join them for an important meeting, I hopped out of bed and ran down to the kitchen to make breakfast and get ready. While I was cooking, my son Tom walked into the room and asked me why I was up so early. I immediately remebered the fact that it was summer, and I didn’t have anywhere Tommy could go to while I was away. Suddenly, I remembered about my neighbor’s babysitting business, and gave Milo a call. She seemed very tired on the phone, and I asked her if she was ok. She said she was a little burned out because she had triplets staying with her yesterday, but said she will happily watch over Tom while I was away. After dropping off Tom, I peacefully went to the meeting, my heart at rest, knowing that Tom was in good hands. I patiently sat through the whole thing, exited to see my son after it was over.

As soon as we were excused, I ran over to my car and put it in drive. I sped the whole way home, my heart racing with excitement, eager to finally see my precious boy. I quickly shut off the engine and locked my car, speeding towards the front door. I was greeted by Milo, who welcomed me into her home, which smelled deliciously like meat and vegetables.

“Are you cooking another soup?” I asked her, smiling down at the old lady. She nodded her head, sliding out a chair for me. I gracefully sat down, and Milo offered me a plate of soup. “I cooked it for your son, but he’s asleep right now, so I decided not to bother him.” I smile, picking up a spoon and began eating. The soup had carrots and beans floating around in it, and had chunks of large, strange meat in it. But I’ll have to admit, it tasted delicious. “What kind of meat is this, Milo?” I asked her, my mind full of curiosity.

“It’s my secret ingredient. it makes all my soups special!” she said, gleaming with pride. I had a few spoonfuls, before standing up to go to the fridge.

“You wouldn’t mind if I took some sour cream?” I asked, and started opening the fridge.

Milo’s smile was completely wiped off her face as she saw me open the fridge, her jaw dropping to scream out a loud “No!”

But it was too late. For inside the fridge, I came face to face with my own son. Or at least his head. At first I thought I was hallucinating, so I turned to Milo to see if this is real. She flashed me the scariest smile I had ever seen, her eyes wide and glowing down at me, her teeth all bloody, but no open wounds in her gums. Which meant it was not her blood.