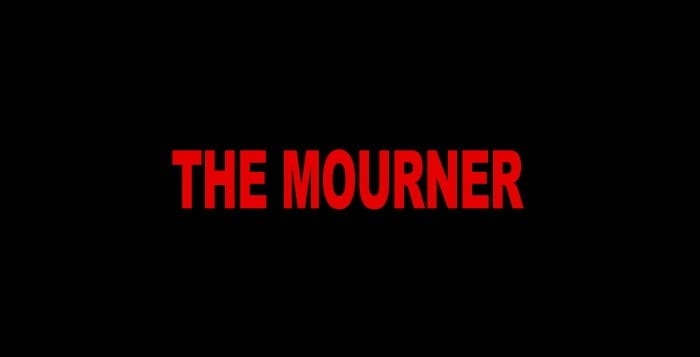 Posted at 08:05h in Beings and Entities, Deaths, Murders, and Disappearances by Creepypasta 0 Comments
Please wait...

When I was a child I realized quickly that I was the youngest in my extended family by a large margin. The way I figured this out was that it seemed that whenever we had gatherings I was usually the only child attending. The other members of my family, aside from my parents, were all elderly. The reason I bring this up is because of their advanced ages, I seem to recall spending a lot of time going to funerals as I was growing up. One month it would be for a distant great uncle, and the next month it would be for a cousin I had thought was an aunt of mine because of our age differences. I grew accustomed to going to wakes and funerals, and funeral homes really did not bother me like they do to other people. In fact, it got to the point where going to a funeral was just like going to the grocery store, or running to the post office, or going and performing some other random errand. I felt that funerals were more a chore than a time to feel loss.

I remember going to my Great Grandmother Arnetta’s funeral when I was nine years old, and it was then that I first noticed the Mourner. I did not know it was him at the time, but he was there nonetheless. He sat in the back pew of the church we were having the service for Grandma Arnettta, and as I was sitting there, I began to scan over the small group of people who made up the congregation, and saw a shriveled looking little man wearing a suit resembling what the other men there were wearing, but it was distinct, like something someone would have worn years earlier. At the time I just figured the little old man was a distant relative of ours, or a friend of Grandma Arnie’s who was paying his last respects.

I saw him a few more times while attending family members’ funerals, and each time, he would sit in the same general spot, slightly away from everyone else, would be wearing the same dated suit, and he had a look on his face that suggested that while his body was with us in the church, his mind was elsewhere. A few times I would ask my parents about the old man sitting in the back, and they would both offhandedly say it was probably Uncle So and So, or Cousin What’s His Name and after that, I would soon forget about him until the next time we were standing over a casket being lowered into the ground.

After finishing high school, graduating college, and moving across country for my job, I had completely forgotten about a little old man and funerals and the sort and was living a good life. A few years after moving, a close friend of mine and my wife’s was tragically killed in a car wreck. As soon as preparations were made, we found out when the funeral would be, and made plans to attend. We arrived to the church, found a spot to sit near the front, and worked tears back as the service began. After a while, I looked around the church, and noticed that it had filled up considerably behind us. As I scanned from side to side I caught sight of something that suddenly made me forget about my friend, the church, everything…

The Mourner was sitting in the back row of the church.

I glanced back and to my relief, I saw a woman quietly tending to her child. I looked ahead and tried to focus back on what the preacher was saying, but for some strange reason, I had the inclination to start looking around once more, searching for something that I knew shouldn’t be there. My eyes locked onto him, now a few pews up from his original spot. There was no doubt about it, it was the same man from my childhood. Same features, same old suit, same dour expression, same everything. I closed my eyes for a moment and opened them to make sure I wasn’t imagining all of this, and in the time it took me to blink, he had moved to a few pews away from where we were sitting. I nudged my wife, but she was focused on the casket of our friend, all while trying to keep her composure. When I looked back to where the Mourner was sitting, I let out a gasp…

He was sitting next to me.

I can’t explain what happened next, but as I looked around, the world began to look hazy. I could see my wife, the congregation, and the preacher, but could not hear anything going on. I looked again at the old man sitting next to me, and as I did, his neck slowly turned, and two solid black eyes looked back at me.

“They won’t hear you,” a voice creaked from his mouth, “it’s a shame, really. If only people would slow down and pay attention, they would see and hear a lot of things, but they don’t.”

“What do you want?” I asked, fear and a hint of curiosity in my voice.

“Why did you never approach me all those years ago?”

“I have no idea what you’re talking about.”

“A small lie, but a start. The journey of a thousand miles begins with one small step, or so the saying goes. This first little lie, this little sin, will be your first step, so to speak.”

“I beg your pardon?”

“You have this little name for me, the Mourner, because you only see me at funerals, correct?”

“How did you know that?”

“All the times that you have seen me, I haven’t been mourning, I have been observing.”

“Why, you. I needed to know if you were the capable of being the one.”

“I’m not following you.”

“All those funerals in your childhood, tell me, when did you begin feeling nothing while attending them?”

“Stop whatever it is you’re doing, and bring me back to my wife.”

“How did it feel when your feelings dulled, when the simple act of mourning was not something you could muster? Did you feel hollow? No, not you. You. Felt. Nothing.”

“Please, just send me back. None of this makes sense, and I want no part of you or whatever it is you are.”

“You lack compassion. You cannot mourn. You felt nothing when you left behind those who held you dear. I will leave you, but know this: I am not the Mourner, as you named me, I am a herald, and I have been sent to deliver you this message: You will be the Sinner, and your actions will bring forth the downfall of man, and a new age will be ushered in. Embrace your role in the End Times.”

At that moment, I felt something grab at my arm and I was startled to see that I was back in the church, sound had returned, and my wife was shaking me with a worried look on her face.

“The color has completely left your face,” she said, “are you alright? Len’s death hit you hard, I know, but you mustn’t let it make you sick.”

I had then realized that the service was over and people were dispersing from the church. The pall bearers had already carried Len’s casket from out of the church and into the waiting hearse. The old man, the Herald, as he called himself, was nowhere to be seen.

“Where did the old man who was sitting next to me go?”

“We were the only people sitting in the pew. Your grief must’ve gotten the best of you. Sometimes, I truly think you let your feelings take over.”

The problem was, just like with all the other funerals I had attended, I didn’t feel a thing.

As we were walking out of the church, the old man’s words reverberated through my head, “You will be the Sinner…Embrace the End Times…”

A small smile formed on my face.

It was the first time I had felt anything close to happiness in years.