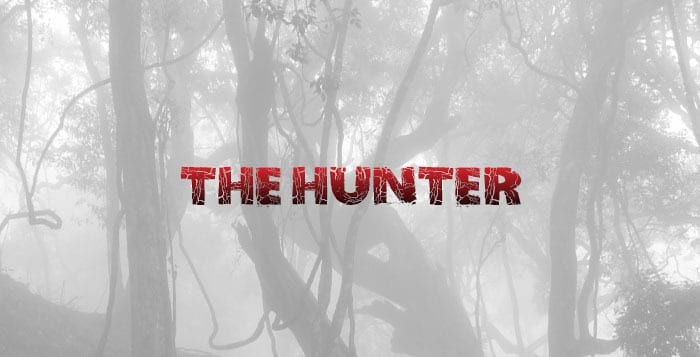 Posted at 22:26h in Strange and Unexplained by Creepypasta.com 20 Comments
Please wait...

This story was told by my Father, called Brady. My Father\Brady was a hunter in his early twenties. He usually went to go on hunting trips with his friends, mostly for the game of it. They were traveling to Asia to look around the city, then discovered one of the largest forests in the entire World were near them. Since they loved hunting, they decided to go explore the forest and kill for the thrill. Except, as Brady explained, was the worst choice he made in his life. The story that you will hear was told by my Father, to me.

“My friends (Nolan, Philip, Edward, Jessica, Lisa, Josh, Lilly, and Brad) were exploring Asia. All eight of us decided to walk the streets, when we heard a man talking about some forest called ‘Kinabalu national park’ that was supposedly the sixth biggest forest in the world. Now, me and my eight buds decided to hunt there. I mean, it was huge! That would be great! Keep in mind that I said ‘would’ be great. So we took a cab to the nearest hunting store, rented a few hunting shotguns with more than enough ammo. Then, we took another cab, then we set off to the forest that would make our vacation to Asia even better! When we arrived, we immediately strolled into the forest like it was nobody’s business. We each had bags filled with food, water, beer, books and emergency flares. Anyways, it’s one hour in and starting to get dark. We’ve killed something around 13 deer and two ducks. Then, we stumbled upon the site.

Dear God, I just wish we hadn’t walked in. The site was a covered in blood. It was on the trees, it was on the ground, it was everywhere. We were stupid and drunk, shrugged it off as some hunter having too much fun. We had another stupid idea, that one group should go left into the forest, and the rest should go right. I was in the right group, with Brad, Josh, Lisa and Edward. So the two groups split off, and that’s when we started to notice things. Rustling bushes, way too many flocks of birds leaving the forest and the strangest? It was this strange purring noise, like a woodpecker and a low growl. Then, three hours later (probably twelve), we we all-out drunk. Giggling and making jokes. Josh, the redneck of our group, complained of something that smelled like a pack of rotting fish. Then, Lisa stumbled into a tree. While she was on the ground, she looked up. It was a skinned dear that was crucified with daggers. It looked like some sociopath’s tribute to the Bible. Lisa screamed. I noticed a trail of blood that went deeper into the forest. So, we all followed it. Stupid, right? We followed the trail until we found a deer without both of it’s legs missing.

The women puked, while Brad walked around the brutal murder of an animal. Suddenly, Brad screamed in pain. A bear trap had his foot pinned, and he was cussing. Three of us, including me, tried to get him out. It worked. But Josh was missing. We kept calling out ‘Josh!?’ but it didn’t work. Edward tripped on a branch, stumbled back. Then, as he was falling, he saw Josh hanging by a noose made by some white material. He was missing his nose and eyes. I fired off an emergency flare, but it was no use. We were trapped. We started running off into the same direction, but that’s when Lisa was tackled by something. It was pale white, it’s mouth a circle with endless teeth, claws and bloodshot eyes, with short pants made out of animal leather and five daggers on each side of a leather belt. It sank it’s teeth into Lisa’s mouth, then started to peel her flesh off. After she had no skin on her face at all, it puts it’s claws into her stomach, then shredded her stomach open in gruesome display. Then, it sinked it’s claws into her eyes. She was screaming the whole time. After we finished watching (we watched the whole thing for some reason), we ran.

I could hear Brad screaming in the background. A minute later, a makeshift spear hit Edward’s forehead. A bullseye. He fell backwards. Dead. I kept running, expecting to feel a spear hit my spine, or a blade hitting my skull. I ran for, literally, hours. I passed out. In the morning, a hiker stumbled upon me. He ran back to the nearest building, then I was rushed to a hospital. They found my friend’s remains, except for the group of my friends that went left. They still haven’t been found. I explained the entire story to the police, then they shrugged it off as a bear. I still don’t believe it.”

That story was told to me by my Father. He passed away a year ago. Since my Father was related to that “incident” they keep telling me that some people disappear when they enter that forest. I did more research, and it turns out this thing that killed all of my Father’s friends has been seen by more people. They call it “The Hunter.” I’m going to actually go into that forest this week. I want to find this “Hunter” and kill it. Thanks for reading. Wish me luck.