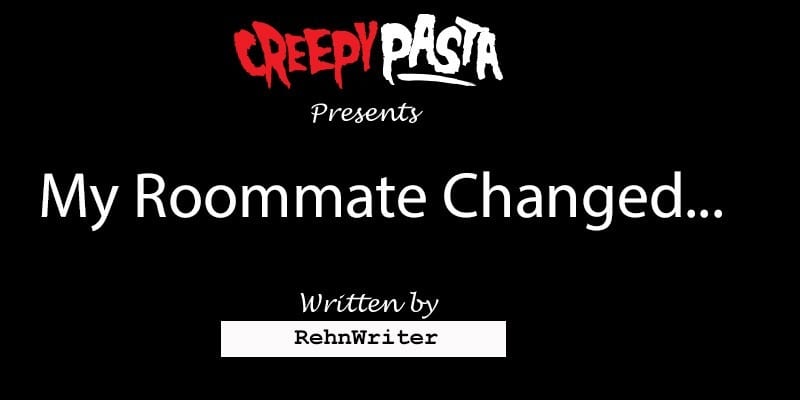 Posted at 18:18h in Beings and Entities by Creepypasta 0 Comments
Please wait...

Let me start this whole thing of by saying that I am a going to university in Germany. I am living in the dorms here but they are a little different from the typical American ones that most people tend to think about when they hear the word.

They are more like flats that are shared by multiple people, with each one having their own room. There are many different kinds. In some up to eight people live together. Others, like mine, are limited to only three people. Ever since I moved in I had the good luck that I shared the place with only one roommate. The flat was in one of the older dorm buildings and since the number of students had gone back in the past years, not many people wanted to stay here. Well, the building really is pretty old, the place isn’t the nicest and it is a little further off campus. The upside was the really cheap rent.

My roommate Chris was a pretty awesome guy and a first year student too. I wouldn’t call us best friends, but we got along pretty well. We’d often hang out, get drunk, go to parties or have people over at our place. Life was pretty damn good during the first semester. University work wasn’t too tough and I only had two exams I needed to pass.

Things changed when the second semester started. When I returned from my semester break, Chris was already back, but he was behaving strangely. I had brought some beers to celebrate the beginning of our second semester, but he didn’t welcome me back and simply went along with his business as usual. I was somewhat pissed at him, but I assumed he was either preparing for the new semester or had to finish up some work before classes started. I knew his first semester had been tougher than mine. Or maybe he was just in a bad mood for whatever reason. I shrugged it off for the time being.

Things got a little better when the semester started, but overall he seemed disinterested and almost spaced out at times. His way of speaking and his voice were almost too monotonous. It was really weird considering how well we had gotten along before. Whenever I asked him if something went wrong, he’d either give me a one word answers or he ignored me completely.

I even went out of my way to ask him if he’d come to the semester opening party with me, but I was ignored again. This was absolutely not like him, but by that point I had enough and simply told myself ‘screw him’ and go have some fun.

The party was pretty amazing. A typical opening party, meaning I ended up pretty drunk and only returned home in the early morning.

It took me a while to unlock the door, but when I opened it I saw a dark figure at the end of the hallway. It was Chris, I realized after a while. He was just standing there, looking at me in the dark, before I turned on the lights. I told him to go fuck himself with his creepy shit and went to bed.

When I thought about it the next day I couldn’t help but feel a little weirded out by the whole thing. I told myself that Chris probably just woke up from the noise of me fidgeting with the lock or maybe he just went to go to the toilet. I still couldn’t help, but to feel that there was something off about it.

I didn’t see Chris for most of the next day. He returned in the late evening and the clothes he was wearing were weird. It was not the outfit per se, but it was weird for him. Chris was the type of guy who was always worried about the impression he made on others. So seeing him come back home in sweatpants and a worn old shirt made me raise my eyebrows. I looked at him and wanted to ask him about it, but he walked right past me, treating me as if I was air again. I started to get upset. I reached out for his shoulder to confront him about his behavior. Before I could even touch him, he turned around and looked me straight in the eyes. I froze up and for a second there was complete silence.

“Something wrong?” he asked me.

The voice was as toneless and empty as before. It sounded somewhat wrong and strange as if certain vowels were a little too drawn-out. I answered with a no and he turned around right away and went back to his room. When the door closed I started breathing again. Something was seriously wrong with him.

This happened yesterday. Tonight I spent most of the evening talking to some old friends via Skype. We just hung out and played some games together. I don’t see them often, so it is a nice way to catch up and spend the evening. It was about midnight when we ended the call.

It was at that time that I had to go to the toilet. As I opened the door and stepped outside I saw him. There was my roommate Chris, standing in the dark at the end of the hallway, simply looking at me. He was absolutely still, almost as if he was frozen. It was the same thing that had happened when I came home from the party, only this time I was sober.

I saw his eyes resting on me. His head was tilted to the side, almost in a ninety degree angle. The whole way he carried himself was just wrong. It looked as if he had too many bones and joints in his body. He was leaning forward a little into my direction, as if he was lying in wait for me.

“Stop that shit man.” I called out to him but nothing happened.

“Okay man, what’s your problem? You trying to fuck with me?”

Again I got no reply. He was just watching me. I had only taken a few steps, when the head moved to the other side. Then his mouth opened for a moment, but there was no sound. A few seconds later, I heard a voice. It wasn’t his voice. It was the voice of someone else that came out of his mouth.

It was only those first few words, before it changed back to the monotonous version of his’ and he continued.

“there is something I want to show you.”

It was enough to freak me out. I went back into my room and locked the door. What the hell was with that voice? For a moment it was a completely different voice. That was not Chris imitating a different voice to fuck with me. The voice I had heard first was high-pitched, like that of a girl. Only after the first couple words did it adjust back to the monotonous version of Chris’ voice. What the hell was this?

I stayed up after that. There was no way I was able to go back to sleep. My friends were offline by now, so I couldn’t talk to them. I expected Chris to bang against my door, to call out to me or to tell me something, but everything was quiet. After a long while I took a look through the keyhole to check if he was standing in front of my door but nothing.

Sleep wouldn’t come and I could see myself staying up all night after this. I decided to have a look at my emails to kill some time.

Most of it was bullshit. Newsletters, welcome-emails and one by the student-union, sent to me a couple of days ago. The email told me that they were planning on relocating some students. Since I was living in this flat by myself, they planned on moving me to a different one. I didn’t read the rest.

What did they mean by living here alone? It made no sense. Chris was right here. Was he behaving weirdly because he was staying here without permission and trying to keep a low profile? If so, what was with his behavior and that voice? It wasn’t my fault if he had been thrown out or was in trouble.

Then, with shivering hands, I reached out for my phone.

It was just a random thought. I prayed that I was just being a paranoid idiot and imagining things. I dialed Chris’ number and was expecting to hear a phone ring at the other side of the apartment or hearing him answer from the hallway.

It rang for quite some time before someone answered. It was Chris, but there was loud music playing and I didn’t understand a word he was saying. After a while the music was gone.

“Sorry man, things are pretty loud here. I didn’t call you yet, but you got the Email, right?”

“What are you talking, Chris?” I asked him.

“The Email about me transferring to the Humboldt University of Berlin.”

“What are you talking about, stop joking around with me.” I told him with a broken voice.

“You missing me that much already?” he said laughing “Can’t handle living alone?”

“Stop fucking around man, this shit is not fucking funny.” I yelled at him.

“Tell me right now, that you are out there in the hallway.”

“Hey mate, what is going on over there?” he asked, being serious now.

It was right at this moment that I heard is voice form the hallway as well. It was the same voice only not coming from my phone but from outside.

“Something is wrong. Come out and help me.”

In sheer shock my phone slipped from my hands and crashed down on the floor. It was an old piece of shit and as luck wanted it, this was one too many times and it didn’t turn on anymore.

Outside the voice continued talking.

“Come out, see what is wrong.”

The tone of the voice had changed to be more decisive than before now. I am writing this to keep myself calm. The voice is getting louder. It was right outside my door now.

I have no way out. The apartment is in the seventh floor, so the window is no option. I don’t know what is going to happen. There is just one thing I want to know. What the hell have I been sharing this place with for these past few weeks?