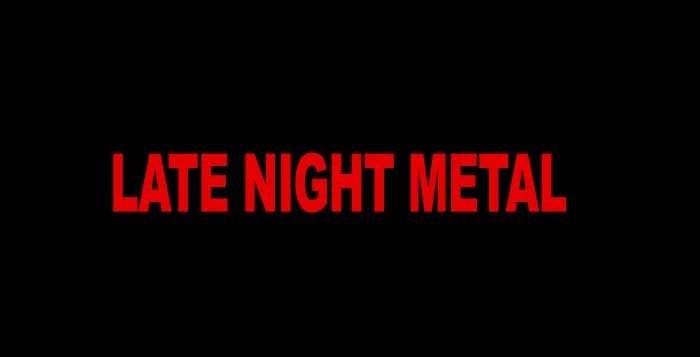 A sharp, intense pain surged through my face as my brain slammed against the unforgiving strength of my skull. As the metallic taste of my own body fluid filled my mouth, I attempted to reopen my vigorously locked eyes.

What? Eyelids finally reopening, they were immediately stabbed with the merciless onslaught of darkness. Nothing but a fuzzy, incomprehensible world of emptiness in front of me. What?

My only thought as I sluggishly regained my conscious. Not a single idea could have dared to enter my mind except this one word.
Seconds pass, and soon, I was able to accept the world I was presented with as I tried to make sense of why my entire face was screaming in agony, why my lungs weren’t cooperating as they pierced my chest in anger, and why this putrid taste of viscous liquid was in my mouth? What?

My head was pounding immensely. Just STOP! I spat out my blood and began drawing heavy and painful breaths. If there is so much oxygen here, why do I have none?? Trying to regain composure, I felt it. Every last nerve shot itself in my face. All at once, the blood poured in through the veins and told my body to suffer.

I think I understood. I was struck with something, surely. What other reason could there be? But… how? Logic finally making its way back into existence, I attempted to reason with the terms I had been given.

Despite my throbbing brain wrecking my attempts at clear thought, I forced myself to collect information. I was in a room. Did I know this place? The color: dark turquoise. It was familiar. I was in a room. Now surveying more thoroughly, I came upon the realization that this was no ordinary room. It was mine. I had to have been in my own house.

Alright, that appeared simple enough. But then, what happened? No other person was in the room besides me. Everything appeared to be normal. I studied every inch of the room, looking for something that may have struck me. I looked upward, downward, then under the bed, then the closet. What happened?

Minutes flew by, and I still could not make any connection as to how I was put into that situation. Several more minutes no longer existed. Still no idea.

After a myriad of ticking and tocking, a myriad of scavenging through every last amount of space in the room, I found it. It was a box, and according to its features, it was my assailant. In the dark of the room, moonlight glistened and sparkled on a little rectangular box. It was shrouded in dust and produced a light yet musty odor. It was nothing more than a mahogany box with a locked of silver, and it hardly looked like its contents would be of any worth.

I could not remember ever seeing this box before, let alone receiving it or using it. The questions I imposed next were the obvious but unanswered what was it doing here? and what’s inside the box? Of course, I had no way of coming up with an explanation, so I suppose I just had to leave it at that. But that didn’t mean that I didn’t want to know.

Upon further inspection of the box, I unconsciously ended up remembering what had taken place before the incident. I was sleeping. Or rather, I was tormented. I vividly recalled emotions of terror, and an unparalleled attack of dread and horror. It was nothing, absolutely nothing like I had ever felt before. My body was chained in paralysis as I endured the utmost disgusting and horrific experience ever conjured. The details were minute. I could scarce make any rational thought as to what occurred, other than the fact that there was nothing but hopelessness, fear, and misery.

I suppose none of that really mattered. What mattered to me was figuring out what was going on. I had my mind set. I was going to draw a conclusion and get my answer. The only way I was going to be satisfied. I began formulating. I drew vague interpretations of the events and fitted them together like puzzle pieces. My mind was scrambling with meticulous intrigue. A minute or so passed, and methought…

My eyes shot open and grew into the size of golf balls. My nerves sprang and lept everywhere throughout my body. I lost all sense of thought. All my self began melting into panic. Sweat began protruding from the burning of my skin. I could hear something. Behind me?

Heavier now. Deep, low, and grunting. Panting, almost. Breathing. Its all-encompassing authority threw my heart into an infinite, unending abyss of dysphoria. Body not yet taken to trembling, but soon…

It grew more intense. Louder. It was bombarding my ears with putridity. The skin on the back of my neck could almost feel the warmth as the intensity blasted evermore. Sheer terror ran its course in my skin. Every last hair standing erect – taut like strings on a guitar. No coherent thought made its way into my mind. What?

I painstakingly forced myself to swallow my soul and throw my head around to face my tormentor. It felt as though every muscle sprained itself as I thrashed my head toward the breathing.

Terrified, I was struck with a unrelenting realization of my circumstances. My heart collapsed with fear when I put it all together.

Nothing was behind me.

Even though it was right in front of me, the grunting and heaving could not have any other possible source except for that box. What else? What else could have caused the breathing??

It couldn’t have been any more than a few inches in length. Not a clue as to the minimal size of it width. No! It was too small.

“Please…!” Unwillingly, the words were forced out my mouth. My tongue let loose sound, perhaps in attempt to dispel the vile grunting. The words hardly took shape. They were gnarled, and bent as they were released from my sticky, dry, and bloodstained mouth.

This plead would do no good. Or… so I thought. As if the box could hear me, the breathing that plagued me came to a unnerving halt. No other sound passed. It was devoid of life. Silence.

My chest still ready to burst from my exploding heart, I scooped the box up and rushed to the trash cans outside. I chucked it into the can, smashed the lid shut, and that was the end of it.

In the dark of that night, I lay in bed trying to erase my memory of the events that transpired earlier. The soothing warmth and soft hug of the blanket wrapped around me brought comfort.

I was drenched in weariness and let my eyes close.

Thoughts of my childhood flashed before me. Times of youth and wonder: playing in the snow when I was younger. It had always been nostalgic to watch my neighbor’s children building snowmen and hurling snowballs at one another. My brother and I would race each other down the hills around our neighborhood. I lost nearly every time, but that didn’t stop me.

An ocean of euphoria enveloped me. I was caressed by the imaginary sound of snow boots crunching on the snow. Light tufts and sprinkles of white dancing – waltzing about in the cool air. Every bit of my essence was embraced in bliss. What I would have done to go back to –

My heart stopped all at once, then began to accelerate painfully. My soul galvanized in panic. A deep and low grunting. I could hear it again. Shock flooded my body and spiked my nerves into a maddening confusion. All my euphoric thoughts were wiped out of existence – Crushed like bugs trying to celebrate. All I could focus on was that heaving.

Its voluminous bellow grew in the night as I became petrified. My body acted on its own. I was thrashed out of my bed and ran for the light switch. The reassurance of the light chasing out the evil of ebony quelled my spirit. But not for long.

The vicious grunting never ceased. It droned on and on. Endlessly filling the room with a demonic presence. Where was that box?? It had to be disposed of.
I threw around every last piece of furniture in desperation to find that dreaded box.

Aaahh!! Violent and wicked thoughts were shoved into my mind. They destroyed every last bit of happiness I had. I couldn’t stand it; I had to end this torture.

I searched for so long I forgot time existed altogether. Each and every waking moment was filled with the monotonous moaning and misery of the breathing. It swelled and appalled my ears with dissonance and discourse.

The breaths grew more ominous and more voluminous. Their power threatened my sanity. I couldn’t endure any more of their horror. Once again I could feel the heat of the breaths on the back of my neck as I inspected the box once more.
My skin nearly peeled itself from my body in fear – the throbbing of the blood rushing through my body was electricity itself.

This box had to be opened. At this point, I couldn’t have cared less what was inside, I was going to open it and destroy it immediately. That was it. I clasped the silver lock in to my hands and pulled with my every being. It wouldn’t budge. There was no use in using this kind of force. Using my head, I figured I could use something else instead. Box in hand, sweat streamed down my face as I flew through hall and sprinted towards the garage.

The breathing was chased me as I made my way towards the door. It wouldn’t let me escape. Its warmth on my neck still fresh and rank. I threw the door open savagely and with urgency. My invisible pursuer of sound still following. I scurried without thought to the workbench and snatched the item I intended to use: Bolt cutters.

Without hesitation, I got to work. The lock yelled out a hideous, clangorous abomination that invaded my soul as I snapped the lock’s grip away. The box was finally opened. Without further delay, the breathing no longer possessed the quality of panting, but then took the form of gasping in desperation.

I understood immediately what the contents of the box were to be used for… I marvelled at the sight of the object within the box, and took it out. My opposer instigated me to action. The perpetual shrieking of the uneven rhythm, the laboring, harsh and punctuated agony of the gasping would soon perish.

I tasted it once more. The metallic, acrid flavor penetrated my tongue. All tensions subsided. My soul was at ease. I took one final action. There was an immensely bright flash.