16 Dec It Wasn’t a Reindeer

"It Wasn’t a Reindeer"

“Christ,” I muttered to myself, as the first flakes of snow started to fall.  They gathered in fuzzy clumps over the windshield before my wipers cleared them away.  I’d been waiting for fifteen — no, twenty minutes now — in my sister’s driveway.  Had I chosen to wait inside with her, I’d have been dead by now thanks to her two grey cats.  Cute little devils, but murder to my sinuses.  Puffy eyes and a clogged-up throat, that’s just what I needed.

Every Christmas, our family made the annual trip to my grandparents’ cabin tucked away in the woods of Hope, Alaska, and I’d hoped to beat the heavy snowfall that was forecasted.  Since my sister’s license was suspended from a DUI, here I was — a hostage to time — with my finger tapping anxiously on the steering wheel.

When my mother had asked me to be the one to grab my sister, I had honestly dreaded it from the start.  It wasn’t that we hated one another; we just weren’t as close anymore.  After decades of constant arguments and bitter disagreements, we became distant and our relationship fizzled.  Yes, we were siblings, but it felt more accurate to call us the residue of what siblings once were.

Finally, like the gates of Valhalla, her front door opened, and out she came.  Her hair was forest green.  The last time I’d seen her, it had been white.  The time before that, it was violet.

“Got everything?” I asked, as she clambered her way into the passenger seat.

“Mmm,” she responded, as she adjusted her glasses and stuffed a few bags in the back seat.

Hope was about a thirty-minute drive, and it didn’t take long for the awkward silence to inflate between us.  It didn’t help that the radio didn’t work in my car and that the broken auxiliary port made your music sound like it was having a seizure.

By the time we reached the turn-off for Hope Highway, the road was turning into a thick white sheet.  Thankfully, on Christmas Eve night, the long stretch to Hope’s small community was quick and vacant.  The cabin was tucked away in a fortress of trees five miles off the main road.

As I made the turn, my sister cracked the window, pulled out a blunt, and lit it with her lighter.  “Want a hit?” she asked.

Snow crunched beneath us.  “Not while I’m driving.”

“It’s a straight path.  We’re practically there already.”  She took a drag and blew it out the window.

“I want to just focus on this, alright?”

She huffed and pushed up her glasses.  “If you’re that worried, maybe slow down a bit then.”

There was the jab, a piece of bait to lure me into another fight.  But I wasn’t going to bite, not this time.  She could live with us getting there faster.  The drive was almost over, and soon I’d be in a warm living room with my feet up, a spiked eggnog in my hand and Bobby Helms’ Jingle Bell Rock in the air.  I could already hear Uncle Jed spouting off one of his crude jokes: Why does Santa Claus have such a big—

“Dude!” my sister shrieked, jabbing a finger in my side and whipping my mind back to the windshield.

The car had just finished winding around the thick trail.  The large body of a reindeer stood in our path.  Eyes wide open and blank, it didn’t move as the high beams found it.  Snapped into a panic, I twisted the wheels in a desperate swerve.  The car veered greasily to the side in a fine spray of slosh.

The reindeer, also known as a caribou, remained still, even as the bumper soared inches from its nose.

We came to a crunching halt off the main path.  “Jesus,” I sighed, blessed with relief, “did we hit it?”

“No,” my sister said, leaning out the window to check, while exhaling another plume of smoke.

I wound the steering wheel back around and pressed on the gas.  The wheels shrilled in place, kicking up globs of sleet but not moving an inch.

“Perfect,” I moaned and unfolded myself from the seat to check it out.  The two front tires were caked in black slush and practically swallowed in a mound of snow.  I kicked at it, trying to clear off the icy debris from the treads and beneath the wheel well.  When that tired me out, I resorted to scraping it off with my fingers.

“Screw off, Prancer,” I heard my sister call toward the dark silhouette of the reindeer, its antlers like gnarled fingers reaching for the treetops.

Then she made a sort of startled yip, followed by a “What the fuck?”

I looked up from the scrim of snow.

The reindeer was now standing tall on both of its hind legs.  It looked strange, like a silly caricature you’d see in a kid’s book.  But out there, in the silence of the woods, it was a creepy image.  The way its vague shape stood on just two legs held an almost human-like balance.  For whatever reason, I realized then it didn’t have a tail.

Its muscular neck craned to the side and let out an ululating scream—a miserable squeal of metal grinding against metal.

My legs were ice sculptures, cementing me to the spot as the shriek quieted to a succession of wet grunts.  The reindeer dropped down to its original posture and stomped heavily.  Puffs of white vapor and strings of snot vented from its nostrils.  I was no hunter, but it didn’t take a lot to tell when a pissed-off animal was about to charge.

I leaped for the driver’s seat, pulled the door open, and slammed it shut just as the muffled thud of hooves reached me.  Antlers scraped the door as its large body practically flew over the patch I had just been standing in.  Fast, very fast.

My sister screamed as the large bulk of its fame wound back around and charged again, this time shattering the headlights and submerging us in darkness.

“Just go already!” my sister hollered in my ear.

The wheels continued to spin helplessly.  We were trapped.

The creature charged again, this time nailing the window.  A cobweb of cracks bloomed near my sister’s head.

I searched for anything — literally anything — that I could use as a weapon.  I was never really a gun enthusiast, but at that moment I’d have shaved my head and joined the Secular Monks if it meant having a Glock in my hand right then and there.

After rattling the car once more, the reindeer finally appeared to lose interest and disappeared amidst the cluster of trees.

Granted some time to breathe and think, we phoned our Dad and told him about the situation.  He was going to come down in his pickup and get us unstuck and out of this mess.

I looked over at my sister, who was taking long and steady breaths between her fingers.  “Are you alright?” I asked.

She said nothing else, and neither did I, returning once again to the pocket of silence that our relationship succumbed to.  The sooner Dad’s headlights peaked in the distance, the better.

Suddenly, she rolled the window down.

“What are you doing?” I asked.

Humoring her, I waited, and sure enough, the sound reached me too.  The quiet voice of a little girl coming from outside.

My sister unlocked the door and motioned to open it.

I grabbed her wrist.

“What are you doing?” she snapped.  “There’s someone out there.”

The voice continued to whine, choking between sobs and pleading for someone, anyone, to help her.  I didn’t like the way it sounded.  The same lasting drawl between words, the same weeping sounds, like someone was hitting repeat on a speaker.  Something wasn’t right, and my instincts were hoisting red flags left and right.

Then my sister looked at me, and her expression warped into shock.  She flung back, pinning both shoulders against the interior.  Things that sounded like words bubbled up but didn’t quite make it out of her throat.

I turned and saw what was looking at me.  It had the face of a man, surrounded by the mottled fur of a caribou’s body.  The skin was a mummified brown color, wound tightly around its long skull like old, crinkled leather.  Snowflakes landed upon its wide, expressionless eyes and melted into the dark membranes of its pupils.  It circled the car, bobbing its antlers and fogging up the windows as it peered inside.

My heart shook the walls of my throat.  I locked eyes with my sister, unable to say anything behind the sheer disbelief.

I should have grabbed my phone.  Snapped a photo.  Recorded a video.  Anything.  But my thoughts were jangled.

It then let out that same horrible scream, but I didn’t see its tight, contorted lips open.  The sound was coming from its neck…

Small, fleshy orifices, flapping open like mouths, were converting the high-pitched shrill into the mimicked cry of a little girl.  “Help me — I’m lost.  Help me.”

Headlights glazed the area.  My father’s pickup came into view, paving its way down the path.  The reindeer, or whatever the fuck it was, ran off, vanishing once again into the snow-covered thicket.

Nobody believed us.  Why would they?  If anybody had told me that story, I would have assumed they were hopped up on some crazy psychedelic.  But the reality of what I saw was cold, and it’s something I still to this day can’t fully swallow.  Instead of sleeping that night, my sister and I did some research that led us to the myth of skinwalkers — beings of some sort, capable of mimicking voices and disguising themselves as animals to lure people into the woods.  After reading other accounts, there wasn’t a doubt in my mind what we’d witnessed out there.

Every so often that night, I’d stare out the window and eye the yard, wondering if I’d see that leathery face watching from the tree line.

Neither I nor my sister ever made that trip again, much to the frustration of my family.  But there was a silver lining.  She and I have never been closer. 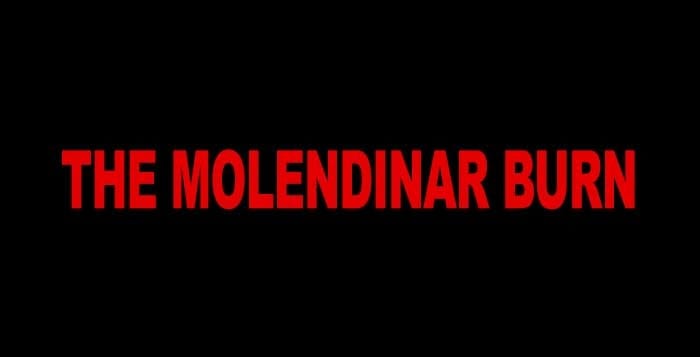 Jack Mckay huddled in the cold midnight street with a pale green sleeping bag encasing his lower half. Spindled trails of light reflected off ...
Read Now 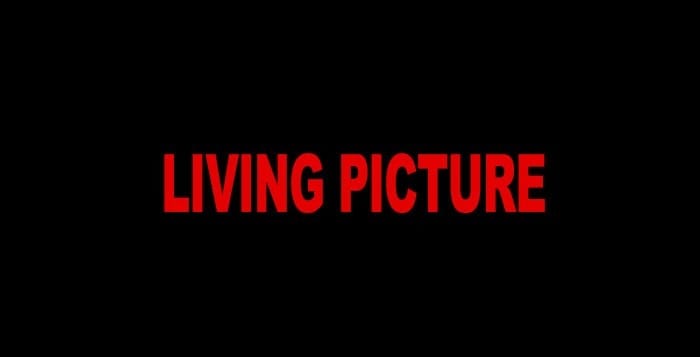 Fucking perfect, I thought as the storm released sheets of rain over the canopy that spilled onto the walkway. Lightning lit up the sky ...
Read Now 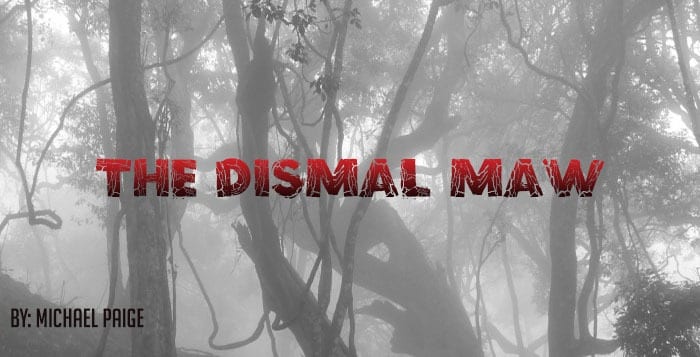 “Fuck you!” Nathan Keene screamed at his grandmother. Her quivering lip stiffened and sucked in a gasp. The widening sclera of her aged vision ...
Read Now