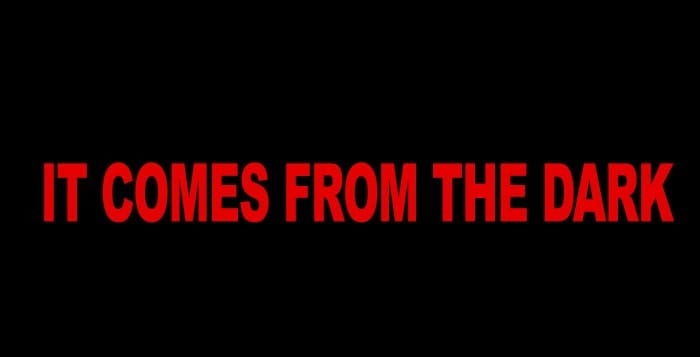 03 Jan It Comes From the Dark

Posted at 01:44h in Beings and Entities by Creepypasta 0 Comments
Please wait...

"It Comes From the Dark"

I’ve always had a fear of the dark, but until I was fourteen or fifteen it was a childish fear. I had just became old enough to work and my parents said they would hire me to work at our horse farm and they would pay minimum wage. I was satisfied with the deal and accepted. I didn’t expect two things. One, I would have to work… a lot. Instead of having general work hours. I had to work late and my shift started immediately after school every day of the week. Everyone else who worked for my parents worked part-time and their shifts didn’t start until two hours after school. Two… well I’ll wait to tell you the rest. I started my first week fine. I took the horses around to the fenced field to graze and get some exercise. Except one horse. He was a lean Thoroughbred that was once used for racing called Flash. He was brown with black mane except for a singular white streak near the front of his head. Sadly, the jockey had died in a racing accident. Everyday that I set out for work, I’d plop a blue and white jockey uniform on, set a helmet on my dirty blonde hair, put Flash’s gear on, and mount him. I’d pull on the reins and ride Flash around the town. We live in a small town in Kentucky and it takes about five minutes to ride around town. I make sure to say hi to the neighbors every time we ride. I’d get back to my house just in time to get undressed and back into my usual T-shirt and jeans, take Flash’s saddle off, and let him graze before I had to start my duties. During all of this, I still had to do chores and homework. My second week of work was the day that school had just started. I didn’t have enough time to ride Flash since I had so much schoolwork to complete. The second week was when I started my late night shifts. The second week was the week that caused me to truly fear the dark.

The first night was the start of everything. I had finished my homework and my normal shift and I sat on the couch watching stupid Youtube videos. I don’t remember what the video was. Probably some top ten or a gaming video or something stupid. It was about thirteen or fourteen minutes long. I had been resting a lot and I had my long legs resting on the opposite arm of the couch. I was about three quarters of the way through the video when Flash let out a primal scream that made me take my earbuds out. My mom was staring out of the window and for a moment the house was silent. “Well get going.” My mom said and looked at me.
I got out to the entrance way of our house and put my shoes on. I grabbed my flashlight and walked into the slightly cold air. My flashlight was dim when I turned it on and I could barely see past the edge of the yard. I took five steps past the door before I heard something in the bushes. I felt my heart beat faster and looked towards the sound. There was only a few branches shuffling when I looked over. I shook it off and continued walking. Not saying a word the entire time. I kept walking until I made it to the stable. The main door had been opened but when I went in nothing was there. Flash restlessly kicked the stall door. I walked over to his stall and patted his head. “Shhhh. Easy, easy boy.” I said and he started to calm down. “‘At a boy.” I turned around and scooped some feed out of the bag and put it in his bowl. I pulled out my phone and opened the record keeping app, but someone had already opened it. The record said, “I see you, Justin.” I dropped the phone in fear and when I picked it up, a small crack appeared in the corner of the screen and the message was gone. “Crap.” I whispered to myself and I began to type my report to see if it still worked. The letters popped up one by one as I typed them. I let out a sigh of relief. I finished the report and only thought about the message. As soon as I was finished, I turned my phone off and put it in my pocket. I turned my flashlight on and calmly walked back to the house without any other distractions. For the rest of the night all I could think about was that message. I see you.

Ok, so I know last night wasn’t too eventful, but if you look on the grand scheme of things, it’s extremely terrifying. I did some research on my phone type having problems, but I found nothing. I tried doing research on the app… again nothing. I did see a story about someone having their account stolen and the other person writing a message, so I assumed someone was messing with me. So I made a new account and thought that this would solve the problem. As soon as I was done, I heard Flash let out yet another primal scream of terror. I put my phone in my pocket and stood up before my mom could say anything. I walked out into the entrance way grabbed a flashlight and threw my shoes on. I flicked the flashlight on and walked out the door.
I walked up to the stable and the door was wide open. I rolled my eyes, thinking it was another worker who forgot to close the door. I looked inside and saw nothing. Even Flash was still. I closed the door and turned around. As soon as I turned around the door creaked open. I turned back around and tried to close the door again, but some force was pushing it back open. Suddenly, the door was pulled closed and I fell forward into the door. I tried to stand but I was too dizzy and fell backwards onto the ground. When I got up, the door was opened again. I growled angrily and stomped to the door. I felt a freezing breeze come from the stable and Flash started to freak out. I ran in and looked into Flash’s stall. There was hay on the ground and Flash was backed up to the wall. I did my best to calm him down and it eventually worked. I fed him and did the report again from my separate account. When I opened it up, I almost dropped my phone again. “I will win Justin Falcor, if it kills me.” The message said.
“Who is this?” I typed back and it took a moment for the person to respond but soon the the keys on my keyboard started pushing themselves. One by one the words showed up.
“Your worst nightmare.” It responded. I turned my phone off and booked it to the house. I quickly closed the door behind me and stopped to catch my breath.
“What’s wrong?” My mom asked. She was sitting out in the living room with my dad beside her on the couch.
“Nothing… Dad, I think the door is broken.” I said.
“Ok, we’ll have to fix it.” He replied.

Tonight was the worst night that I had experienced at my house. Key words here are at, my, and house. It started out normal, I was doing more research on the problems my phone has been having. This time, instead of being interrupted by a scream of terror, I was interrupted with silence. An extremely long awkward silence. I slowly closed out of my phone and slid it into my pocket. I sat for three minutes waiting for Flash to scream, but nothing came. I got up and slowly walked to the entrance way. “Where are you going?” My mom asked.
“I’m going to check on the horses, it’s too quiet.” I answered and walked to the entrance way and put my shoes on and grabbed my flashlight.
“Ok, just be safe and don’t take too long.” She said and I looked over to the clock. The time was 9:47. I walked out to the stable flashing my flashlight in front of me. I walked up to the doors and grabbed the handle. I don’t know why I stopped, but I did. I didn’t know what would lie beyond that door. I pulled open the door slowly and looked inside. Every horse was sleeping inside of it’s stall except for Flash, whose head was, lifelessly, sticking out of the stall. I walked closer and saw his glossy eyes staring ahead in fear. I walked up and touched his head. Suddenly it fell to the ground without the body attached. I jumped back and suddenly started to hear the crunch of teeth on bones. I looked towards the sound and I saw what it was. A dark creature with freakishly long front legs and shorter hind legs was hunched over a pile of dismembered flesh. It looked up at me. Its eyes were bright white but that was the only thing you could see on it’s dark face. I stared into its bright eyes. I felt my fear growing. Suddenly all of the darkness surrounding me started to close in on me. Soon, there was only darkness. I woke up and Flash was screaming in terror. I got up and he calmed down almost like he was worried for me. I gave him some food and dashed out of the stable and into my house.
“Where were you? What took you so long?” My mom asked and I looked at the clock. It was 10:36.
“Have I been out that long?” I thought. “I must have fallen asleep.” I said to my mom. She checked to see if I was lying and sent me off to bed. I didn’t sleep that night because I was too scared of the other things inside my dark room with me.

After those days, I refused to go to sleep without a night light, but then I grew up. I got a wife and children. Also, the pregnant horse had its child. It had dark brown skin and black mane with a single streak of white hair in the front of its head. It’s name is Bolt. Lastly, I gave the dark spirit a name and wrote some facts about it. I call it the Jockey… it comes from the dark.