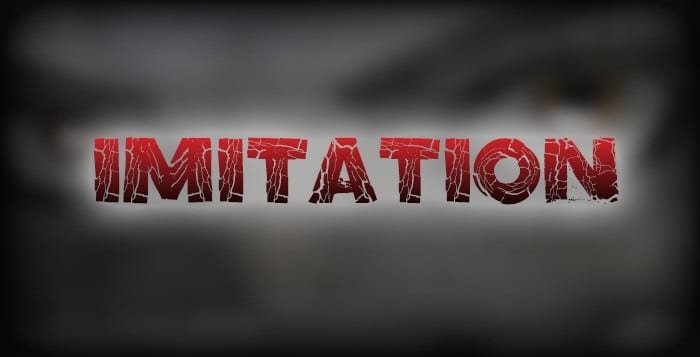 The line between reality and dreams started to bleed around 1:00, when you could be sure that everyone in the house had fallen asleep. I hadn’t thought about it much then, it just seemed like something innocent, non-threatening.

The first one: Ants. A line of ants crawling up my wall in the middle of the night, but when I turned on my bedside light to get another look they disappeared. It didn’t happen in an instant, They didn’t fade either. One moment I was looking at a hoard of ants manifesting from a crack in my wall then the next I was turning to look back at a completely empty wall, now bathed in yellow light.

At the time I didn’t tell anyone about this. I just assumed it was part of some strange, hyper-realistic dream. It wouldn’t have been far off to assume that since my family has a history of sleeping disorders. I would have rather seen ants that weren’t there than be like my brother who would sleepwalk into the kitchen to inspect the knives. In retrospect, I should have taken it as a warning. A sign that I would soon meet the shadows that lived in the corner of my eye.

I don’t remember that year with any fondness, but nights were exceptionally unpleasant. Insomnia kept me in a tight uncomfortable grip, constantly causing me to be lucky to get to sleep before the early hours of the morning. Our air conditioning had been broken a few years back, so my room was a bipolar hell when it came to temperature. In the winter, I would be up shivering underneath several blankets, though I preferred that over the alternative. In summer, my blanket would act as prison bars keeping out what lurked in the shadows but keeping in the excruciating heat. That night was no exception.

I was on the brink of unconsciousness at last, so close to the sweet release from thinking. And perhaps I had fallen asleep for a moment, but that was shattered when the metallic taste of blood crept between my lips. This wasn’t unusual during summer, as dry air mixed with me just being a weak person, in general, is a recipe that ended in a bloody nose. When I groggily flipped on my lamp and slid from my bed to see what destruction had been caused, nothing seemed beyond the usual.

Once the blood was scrubbed from my face I was eager to return to bed. That is until I faced it. The side I always slept on, and the only one with a lamp had a large puddle of blood which made my pillow look repulsive to even consider sleeping on. Too tired to deal with cleaning the sheets, I made a small wall out of my blanket so that when I slept on the opposing side without having to worry about rolling into the massacre. Turning off my lamp and climbing in, I tried to get comfortable once more.

As soon as sleep’s soft hands flirted with my thoughts, I heard it. A raspy gasping sound sucked in air piercing the quiet. At first, I’d thought it was pipes or rats. It didn’t sound anything like that, but I didn’t want to entertain the other idea that lurked in the darker corners of my mind. That was until it took another deep breath in.

My body tensed, making my hair stand straight on end. You see, the sound was coming from the side of the bed where I had slept previously. There were no rooms next to mine either, so it couldn’t have been a congested neighbor. I felt the blankets being pulled up into the creature’s arms as it continued to snore. Its breath sounded as though there were deep cuts along its throat, as though every gasp was fought for. And yet, it slept. Or seemed to.

My own breath was caught in my throat. I tried to stay completely still, not letting it know I was there. A thin perspiration had collected on my forehead as the heat my muscles were conducting battled with the large duvet. Still. I must stay completely still. It seemed that the duvet would rustle from it every ten seconds or so. My head felt dizzy and I was sure the mear pounding of my heart would wake up whatever lay less than a foot away from me.

The terrible struggle between breathing just below a whisper and shoving the scream back down my throat was raging within me. It kept breathing, oblivious to this. The blankets shifting again, and I saw a lump move under the duvet in the shape of a foot.

This couldn’t have been real, this type of thing is what happens in horror movies, or bad short stories. This stuff doesn’t happen here, It just couldn’t. Somehow this had to be a dream. Deep down I think there was a part of me that believed it was. The fear was too real, the adrenaline that raced through my painfully still veins was too intense to be a dream.

The blankets shifted, pulling away from me. My breath hitched in my throat. The Ants- They weren’t real, they looked real, but they weren’t real. If I could imagine a physical thing so realistically as the ants, then imagining sounds and movement shouldn’t be too far off. If that was true, then all I had to do to end this nightmare was simply turn off…

There was a terrible feeling as my heart thudded into my stomach. I was on the wrong side of the bed. There was no light over here, and there was no way I was going to get up and see whatever I had dreamt up, even if it was moments before destroying it. Besides, if the blankets could move so realistically who knows if it could actually harm me regardless of whether or not it was real.

I wanted to close my eyes so badly, I wanted to pretend that it wasn’t here; but I was afraid that when I opened them It would be there, in front of me.

Sleep Paralysis. I had read about it a bit and while I didn’t know much but this couldn’t have been Sleep Paralysis. I knew because I could still move my hand and I could wiggle my toes, which had disappeared under the duvet and I was sure would be bitten off by the intruder at any moment. In sleep paralysis, the victim is only able to move their eye’s, though they often experience hyper-realistic hallucinations like this.

Each second ticked by, mocking me as I grew closer and closer to whatever horrible fate I was sure awaited me. Fear infested my head like lice, craving my anxious thoughts. Suddenly, the breathing hitched- then breathed in, only this time it didn’t stop to breath out. It seemed to suck all the air from the room, leaving me to suffocate. Then, it just stopped.

The silence hung in the air like a dark omen; thick, and violent. I held my breath terrified that it had finally awoken. At last, it was shattered by a deep sigh that lasted upwards of 30 seconds. I began to count as its breath slowed, knowing that if I kept thinking about how terrifying the creature might be, it would only get worse. My muscles cramped. My jaw stiffened. I knew what I had to do, but I wanted so desperately not to do it.

The main light was five feet away from the bed, if I got up to turn it on then this could either all be over, or the fiend could grab me before I could reach it. Or worse still, when I turned around, It would still be there. Somehow these options seemed better than staying here like a sitting duck. My thoughts racing as the beast shifted and coughed next to me.

3… I can’t do this. What was I thinking? I can just stay here and wait the night out.

2… I don’t want to die, not now. I took a shaking breath, gathering each ounce of energy I could muster, fueled by the primal fear that infected me, making my hair stand on end.

An empty bed. My hands were shaking at my sides, eyes wide as I shrunk back against the wall. There was no one, there was nothing there. It was gone- or worse, it was never there in the first place. It wasn’t real. I held my knees to my chest, letting out a sob as I gasped for air. It wasn’t real It wasn’t real. But- It was. It was there, I felt it. It moved, it breathed.