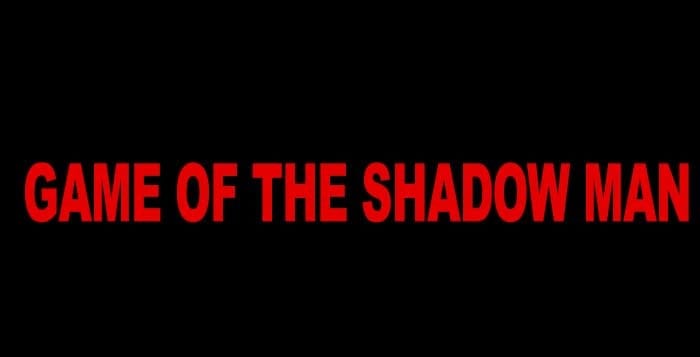 26 Jan Game of the Shadow Man

Posted at 03:15h in Beings and Entities, Occult, Magic, and Witchcraft, Rites and Rituals by Creepypasta 0 Comments
Please wait...

"Game of the Shadow Man"

The “Game of the Shadow Man” is one of the earliest forms of demonic summoning rituals known in urban legend, dating as far back as 1200 A.D. The ritual has gone under many other titles, the most popular being “The Boogie Man Ritual,” “Satan’s Shadow,” or simply “The Dark Summoning.” Many forms of the summoning ritual have come and passed, most resulted in more failures than results, while others simply passed into obscurity. This version, however, is one of the remaining few that yields results. This tutorial will act as your personal guide on how to perform the “Game of the Shadow Man.”

Before enacting the ritual, it is best noted by past reports that the summoner, you the reader in this case, must be first informed on what the Shadow Man is as to better understand what you are dealing with. The title “Shadow Man” is simply a description of what the being is: A tall, shadowy, humanoid figure. The true name of this creature is unknown, though through conversation with the being it tends to give a variety of names it refers to itself as. The most prominent name it calls itself by is simply “Shadow.”

The being is a tall lanky figure appearing masculine in nature. Its skin, a pale grey, is referred to as “rotting while alive” in appearance, and its hair is a thick ebony-black mess. It is always described as wearing a grey or black cloak that covers up everything but its head and hands. However, its hair always covers its eyes as well, making it impossible to see if the figure even has eyes. Furthermore, the nose is described as abnormally sharp, and the mouth is a wide sharp-toothed smile with lips described as charred skin. The hands of the figure are tipped with a strange black ashy substance from the foremost bend in the finger to the tip, and is sharpened to a pointed end.

Now that the being has been identified, the ritualistic process can begin. There are three steps to the process: The Preparation, the Execution, and the Resolution. First, the Preparation.

Before the actual ritual can take place, certain forms of preparation must occur. First, acquire access to a decently sized room that, when closed off, will be completely dark. No light must be able to get into the room during the entirety of the ritual, else it will yield no results. Due to this, it is prefered to act during the darkest hours of the night for the best results. This is to give “Shadow” a place to access during the ritual.

Second, grab a pencil and a piece of paper. Not a mechanical pencil, but a genuine #2 wooden pencil. Take them both and draw out your best self portrait. It seems that realism and details do not matter to the execution, as even a simple stick figure yield the same results. After you finish the picture, no matter how good or bad it is, scratch out the eyes with the same pencil. Make it as thick and dark as possible, make sure the eyes are completely blotted out and cannot be seen. This is to allow “Shadow” to have a form, as most claimers detail it as very similar in appearance to themselves. Added with this, find any piece of clothing that you have worn for at least a month or so. This is to add another layer to the formation of “Shadow,” and sadly, you will be losing this article of clothing in the process. If is something that comes in pairs, use both.

Third and finally, acquire 12 identical candles. This will be both your portal and defense against “Shadow,” and further details about how this will be used are explained later.

The following must also be obtained, and will be used during the Execution process:
•A candle lighter
•A sharp object, preferably a knife
•A pair of gloves and socks (to wear)
•Black ink (printer or pen ink is fine, though a decent amount is needed)

Now that you have obtained all necessary items, it is time to begin the ritual. Start by going into the selected room and measuring out a space wide enough to perform with. The best way to test is to stick your arms out to your side and spin in a circle. If you hit nothing or nothing gets in the way, you have enough room. It is okay before you begin to have light in the room to see what you are doing. Begin placing your candles in the circle space you measured out, each spread out equally apart, and once they have been set, light them all up.

Now, close off any light to the room; make the room entirely sectioned off to just itself with no outside connection. Go to your circle of candles and, using the ink, put out the fire on every other candle. For better reference, imagine the candles like a clock, and put out the ones placed at the 1, 3, 5, 7, 9, and 11 spots. This is the beginning of the ritualistic process, and as said in reports, this is the portal for “Shadow” to enter through. If at any moment you wish to back out, simply light up one of the dead candles. However, whatever you do, DO NOT have more candles out than on. These candles are your one safety net, and if you make a mistake, it will not end well.

Continuing forward, make sure you have your gloves and socks both on as an added layer of protection. Even with the candle circle, it is very important you have a layer of clothing as well. Take the preselected article of clothing you wish to use, set it in the middle of the circle taking heed not to distort or destroy the circle, and stain it with the remainder of your ink. Following that, take up your sharp object and cut a diagonal line from the top to the bottom.

Once you have done that, slip in the drawing you had made from earlier into the clothing. If it is too small to fit inside, simply lay the drawing on top. Now burn it. Take the lighter, and burn the drawing. You won’t need your sharp object for any other reason afterwards, and as said before, your lighter can be used if you wish to back out during the ritual. However if you do back out, NEVER attempt the ritual again.

Now, the next stage is one that requires the most… direct influence. While the picture is burning, stand back, and begin to think of one particular thing: Hate. Think of things you despise, things you find horrid and disgusting, things you could harm or kill over. Focus on these thoughts, and all the while, say the words “Shadow.” It’s not so much a chant, but you will need to repeat that word over and over again.

Slowly, the room around you will shift. It will turn from black and white to crimson and magenta. The air will seem ashy and stale, hard to breath properly. And from the center of your candle circle, a figure will begin to rise. That is “Shadow.” You will know when it has fully entered when the room suddenly goes quiet. Even if it was already silent to begin with, it will oddly become even moreso. Focus your attention now on “Shadow.”

This is where the final stage comes into play. You have brought it into your realm to make a deal with it. So long as you are aware of everything you and it both say, you can converse as you please. There is no penalty in conversation, and you can talk for however long you would like. But the ultimate deciding factor is the deal it provides. You can ask “Shadow” for anything you desire, fame, fortune, even murder. You can be as simple or as descriptive as possible. However, you must be aware of what is said for both sides of the bet. Make sure anything you bet for and have to pay for is not a major harm to you. Following your request, “Shadow” will raise its hand to you, to shake in confirmation of its deal. So long as you have your gloves, do not worry, and take its hand.

Before you even realize it, “Shadow” will have disappeared. The ritual will have been completed, and while it may not come immediately, your reward will eventually be provided. But there is one more thing you must take care of: The gloves. Immediately strip them off and throw them into the circle. Set fire to them, light all the candles on fire, do anything you can to discard of your evidence. Shadow knows of what you’ve done, but so long as you have destroyed the evidence, it cannot track you.

From this point, you will have successfully won the “Game of the Shadow Man.” You are free to live your life as you please without fear of consequence. What you wished for will come to you naturally. If it was money, you will get bonuses and raises at your job unexpectedly. If it was fame, word of you will get around very quickly, and people will take a liking towards you over all. That being said, a few individuals may still be questioning something in this process: What would happen if you were to fail? If you retried the ritual after a previous attempt, failed a step in the execution, or did not get rid of the evidence, what would have happened?

The details of failure are blurry, mainly because not many people who failed are alive to tell the tale. However, there have been a few select reports that detail what might just happen. It is said that when someone fails, the consequences are not immediately noticeable. It may start off as a voice, or a visual problem, but soon you will start to notice strange changes in your life, changes that will effect your mind. Most reports show once healthy people developing symptoms of schizophrenia and PTSD after failure. But the worst part is not during the waking hours. This was of only one report, but it is said that dreams are “something like a trip into hell, and you can feel and hear it all.” No further reports are known of those who have failed. All people who have failed were claimed dead no longer than a week after attempting the ritual.