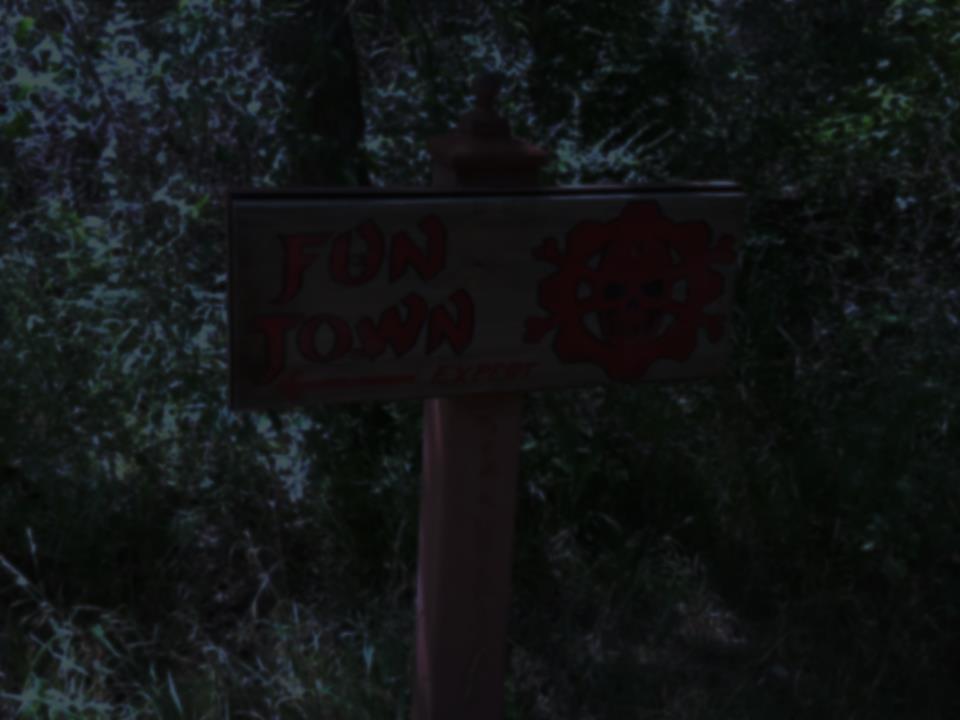 Posted at 00:00h in Locations and Sites by Creepypasta.com 21 Comments
Please wait...

As children, we often get ourselves into trouble by not listening to our parents or sneaking into places we shouldn’t be.

This is Nicole’s story.

Ever since she was a little girl, 14-year-old Nicole had a fascination of exploring unfamiliar places. For this expedition, she wanted to explore a patch of forest she recently discovered near her house. She brought along a flashlight in case there were any dark places worthy of investigation.

The forest was about two blocks down her street. A small dirt path winded through it, and there was still plenty of daylight to see everything. Nicole was giddy with anticipation of what lay ahead.

As she walked along the main path, separate trails split off into different directions.

“Well, I’ll be back another time,” Nicole said to herself. “Eventually, I’ll explore every one of these paths to see where they lead to.”

After wandering aimlessly for a while, she found herself in a dark, shady grove. Nothing more than a few trees surrounded her.

Nicole noticed something hidden among a tangled mass of branches. She whipped out her flashlight and shined it on the object. What she saw surprised her.

A sign with the words “FUN TOWN” written in bright red letters pointed towards a small passage among the trees.

Without a moment to lose, she ran down the path in a hurry to see what wonders were in store at Fun Town.

She arrived in a large, open field blanketed with fog. Her heart dropped when she saw the gates to Fun Town locked. Fun Town was closed, and looked like it had been closed for years. Nicole looked towards the carnival and desperately wished to see what it was like inside.

It was 6:30, and the sun was beginning to set. Nicole walked away in great disappointment.

Before she got past the trees, she heard a horrible screeching sound behind her. She turned around to find that the gates to Fun Town had mysteriously opened by themselves.

After checking to make sure no one was watching, she sprinted towards the gates and slipped past them.

Nicole found herself surrounded by old tents full of holes, rides threatening to fall apart, and food booths that smelled of rot and deterioration.

She walked around the carnival and saw all sorts of wonderful things gone to ruins. Among these was a funhouse with its once brilliant colors now faded and peeling, the infrastructure falling apart one rotten board at a time.

She walked around the grounds, peeking into tents, only to find boxes filled with junk and other trivial things all smelling of mildew.

Eventually, she came across an old sideshow tent with vintage freak posters lining the outside of it. One featured the 600-pound woman, another starred the man with half a body.

As Nicole walked past the posters, she noticed a funhouse mirror on the end. It was caked in mud and other questionable substances. She looked down and saw a small plaque just below the mirror. It read:

A TRUE ABOMINATION OF GOD

When she looked back up, her reflection was hellish. She saw herself as a living corpse with her eyes sunken into her head, skin crawling with maggots, and bones exposed.
She shrieked and looked away from the mirror.

Nicole shook it off and just assumed it was a prop used in a haunted house. She continued to explore the grounds for some time. It made her feel sad seeing all the beautifully painted buildings and rides all gone to waste. At one time, Fun Town must have been an amazing place for children of all ages. She wished she could have experienced it during its glory days.

Brown and yellow leaves covered the ground as autumn settled in. Nicole loved the crunching sound they made as she stepped on them. After passing through a midway of empty, decomposing carnival game booths, she found a red barn with the words “Petting Zoo” written above the door. She knew that no animals would be inside, but she decided to look inside anyway. Nothing was out of the ordinary in the barn. However, the smell was almost too much to bear. Rotting hay and feces was not a good combination.

It was so dark inside, that Nicole had to get out the flashlight to take a look around. It was very quiet inside the barn.

Suddenly, Nicole heard something rustling in the corner behind metal bars. She pointed her flashlight to see what it was. Her heart started racing when she saw a large, black figure hobbling towards her.

It was a horse with its ankles in iron shackles. The poor thing was in very bad shape. It was blind in both eyes and its back was U-shaped from so many people riding it. Bleeding whip slashes covered the horse’s body and it looked like it hadn’t eaten in weeks.

Near the horse’s stall was a box of feed. Nicole felt that feeding the horse the old food would not be a good idea, but it was all that was available. She grabbed a handful and held it up to the horse in the hopes that it could smell it. It slowly walked towards her and nibbled on it until it was all gone.

As Nicole got another handful, the horse began dry heaving. She backed away from it, her heart pounding in her chest. It gave a final heave and spewed vomit all over the floor. Nicole could feel the warm vomit soaking through her shoes. When she looked down…

she found herself standing in a puddle of blood.

The horse’s knees gave in, and it collapsed in a heap. She screamed in absolute terror and ran towards the front gate, refusing to look back.

When she made it to the front, she had to stop and catch her breath. Beads of sweat poured down her face as she tried to recover from the trauma.

Nicole turned on her flashlight and started heading out. She had had enough of Fun Town.

“Somebody, please! Help me!” The voice of a little girl in distress suddenly rang out.

It’s just a trick! Nicole thought to herself. She walked past the gates a little further.

The girl’s screams only grew louder.

What if there really is a girl in danger? Maybe she sneaked in after I did. What should I do? A strong sense of guilt made her turn around. I can’t just leave an innocent girl trapped in this terrible place. I have to help her! She went back into Fun Town to find where the voice was coming from.

Nicole heard the cries coming from an old mirror maze near the front gate. Bits and pieces of broken glass scattered the ground.

Despite her angst, Nicole forced herself to go inside and rescue the poor girl.

Without a moment to waste, she turned on her flashlight and started down the hall of mirrors.

As she made her way deeper into the maze, it got very dark. Most of the mirrors were either cracked or shattered. However, the mirrors towards the back were in perfect condition, as if no one had ever made it to the end.

She was getting close to the girl’s screams. As she turned the next corner, she found herself in a round room with mirrors surrounding her on all sides.

The cries had stopped.

She looked all around the room to try and find the girl. There was no sign of her anywhere.

Something was not right. The room was unnaturally cold. Nicole could see her breath. She was frightened and ready to go home. Just as she was about to leave…

she made a grim discovery.

The hall leading to the room was gone.

Nicole punched one of the mirrors trying to escape. The glass broke, leaving her with nothing but lacerations on her hand for her efforts. She flashed her light on the mirror and screamed.

Blood was seeping through the cracks in the mirror.

The maze was alive.

Nicole started to panic. Hoping somebody was nearby, she started calling for help.

She got a response back.

The voice calling back was hers. There was a hint of…malice.

She looked into the mirrors, and froze.

All of her reflections smiled back at her.

The reflections shrieked with laughter:

The maze was a monster, mocking her cries for help. With no other options, she sat down against one of the mirrors, buried her head in her arms, and cried. The mirrors continued taunting and laughing at her.

Suddenly, the mirror Nicole was sitting against felt very warm and wet…

She could feel the ground move beneath her. The mirrors were closing in on her. If she didn’t act fast, she would be eaten alive.

She tried to break another mirror, but her hands were hurt too badly to continue. As she waited to accept her fate, the batteries in her flashlight died, leaving her in complete darkness.

Later that night, Nicole’s parents called the police, frantic about their daughter’s disappearance. A search party was organized to try and find Nicole in the woods.

After hours of searching, one of the police officers found a sign that read “FUN TOWN” among tangled branches. When he followed the direction the sign was pointing, he came to a large, open field…

Photograph of the actual sign taken by the officer.