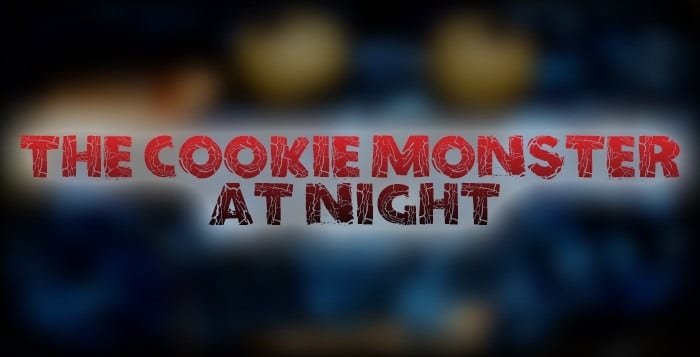 Posted at 12:10h in Beings and Entities by Creepypasta 14 Comments
Please wait...

I scare pretty easily. It’s not quite pathetic, but my husband is always laughing at me for it. Such as whenever the music in some scary movie crescendos, and there is obviously a jump-scare coming up, but I jump anyway. Despite this, I’m drawn like a magnet to scary stories and movies, and I’ve never been able to turn down great storytelling even if it means I’ll have a few nightmares. Unfortunately for my 5-year old daughter, she’s got the same overactive imagination I do and scares pretty easily too.

Between the two of us, my husband keeps busy with jumping out of dark hiding spots or closets and pretending to be deep, disembodied voices lurking in the darkened hallway. A situation made worse by our recent decision to move, and there being a surplus of boxes and objects to hide behind.

I’ve become immune to his shenanigans and can spot the eerie silence when he’s hiding or his not too subtle position behind the shower curtain in the bathroom that’s slightly pushed back where no windows or a single night light provide illumination. But my daughter, she’s another story. She becomes scared when he suddenly disappears down the unlit hallway and calls to her in a soft, menacing voice. Abbey knows he’s going to jump out and frighten her. She also knows he’ll persist calling until she goes so I often get wrangled into being her escort on such perilous quests. I don’t know. Maybe some part of her loves the drama. I always just roll my eyes at his boyish antics.

Until the other day.

Abbey had grown tall enough to reach things on the countertops, and now she had graduated to climbing to access the cabinets above by using her step stool- quite clever really. What it amounted to, though, is that no matter where we hid the cookies and chips, she was always finding them. Abbey would very often eat hardly anything for dinner then sneak into the kitchen at night. This went on for weeks after her most recent growth spurt, and it was incredibly frustrating. My husband decided to use his best weapon: Fear.

He sat her down on the couch getting on her level and told her the story of the cookie monster while I stood off to the side listening. This wasn’t the beloved character from Sesame Street who was obsessed with consuming cookies, but some, distant relation whom that beloved character had been based on. One made kid friendly like in a Disney film. This cookie monster horded all things sugary and sweet, all things crunchy and salty. A nocturnal creature, only at night could it awake to protect its horde like a dragon covets its gold, confronting those who would take what belonged to it. My daughter didn’t know what covets meant, but she got the picture well enough.

She looked skeptical at first, her blue eyes narrowing as she held his gaze, yet I knew it wouldn’t take much to push her over the edge. Had he gone too far this time? I felt a hesitation at allowing him to take his behavior so far but didn’t have a successful alternative to her midnight snacking. She looked at me then and saw that fear in my eyes; the hesitation and unwillingness to share this information.

Interpreting it as something meant to precaution her, her entire demeanor changed and with wide, stricken eyes she asked, “What if he catches you?”

“Well,” my husband began in his most earnest voice, “if he catches you, then you become an addition to his midnight snack.” He smiled and added with a deeper voice, “and he’s partial to little girls. Do you remember the sweet, little girl across the street that you used to play with? It got her.”

Abbey jerked back, surprised to hear such news.

“But Mommy said her family moved.” Her tone making it clear that she’d drawn a connection between our moving boxes and her former friend’s situation.

“They did. After her sudden disappearance. That’s why you didn’t see her at all those last few days before her family left.” He glanced up at me momentarily to make sure I wasn’t going to say otherwise, and I glared at him over her head. “Her father told me about it. Like you, Katie enjoyed late night snacks, even when her parents told her not too. Until one night, her mother woke up feeling thirsty and decided to get a glass of water from the kitchen. As she crossed the living room, she began to hear these awful crunching sounds, but it didn’t sound like normal sounds. It sounded like the person was biting something much larger than even a carrot- and wet. She slowed down and tip-toed to the kitchen entrance only to see a black, hulking shadow over the still form of her daughter. Horrified, she passed out, and her husband found her the next morning. Their daughter, however, was gone, and they never saw her again.”

She was done for. Abbey stared at him with wide, accepting eyes and her mouth hung open like the hinges on her jaw had broken. To our relief, we didn’t hear the tell-tale sound of thin, plastic packaging whenever she was supposed to be in a bed a single night after that.

My husband and I usually stay up later than her, especially on the weekends. We were no stranger to midnight runs to the kitchen ourselves. Last night, I went to the kitchen to grab a snack, checking on my girl along the way, and hearing her soft snoring. I stepped into the pool of light surrounding my stove and reached into the cupboard above, foraging around for the package of animal crackers.

The scraping of heavy objects and the crinkling of plastic was loud in the peacefulness of the night. I hesitated listening for any movement. My eyes darted around the room. Shadows leading into the hall danced as I broke up the primary source of light. Goosebumps trailed along my forearm when thoughts of the cookie monster popped unwanted into my mind. The awaiting darkness outside that circle of light suddenly became foreboding. My mind imagined something lurking there, waiting for me to try and leave with those crackers. A pitch-black form began to grow from the shadows.

Chuckling at myself, I couldn’t help but grab the package and bolted down the ominous hallway to our bedroom and practically jump into the bed, heart pounding in my chest, with a burst of breath feeling like I’d just escaped some great danger. My husband gave me a strange look, but I just shrugged my shoulders knowing he’d put if off as my quirkiness. However, a mischievous gleam entered his eyes telling me he knew exactly what had caused me to jump into bed like that. Like a kid being chased by monsters. His monster.

Grinning, he declared that he too needed a little something for his growling tummy, and I watched from our bed as he traipsed down the hall and disappeared around the corner into the kitchen. I almost called him back in a panic, afraid for what he might encounter. I held my tongue even as my chest tightened making it difficult to breathe.

That’s when I heard it, the loud crinkling of plastic and the sound of somebody eating something very crunchy, very noisily. “Me want cookies! Nom nom nom!” he exclaimed through a full mouth. I rolled my eyes in exasperation and would’ve missed the darkness flit down the hallway if I hadn’t been angled towards the door. A night light was often left on in the bathroom for my daughter to find her way, but as it passed by, the light momentarily winked out marking its progress in the direction of the small light from the kitchen.

The obnoxious crunching noises stopped. I heard the impact of the chip bag hitting the floor along with a muffled expletive from my husband. What followed were some of the most sickening sounds I have ever heard accompanied by brief whimpering from David. My body froze where I sat, unable to move, I prayed Abbey didn’t hear anything unusual and wake up to investigate.

Just the stillness of the house.

That was several hours ago. The house has been strangely serene since. I haven’t been able to move from my position on the bed. I couldn’t sleep. I’ve been listening to the soft murmuring of my sleeping daughter.

Waiting for the gray light of morning to come so I can collect her and let her know that Daddy is gone.