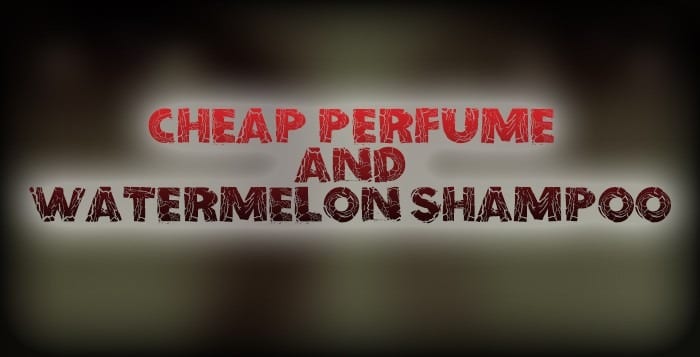 Posted at 11:47h in Strange and Unexplained by Creepypasta 13 Comments
Please wait...

My name is Georgina Adams. I’m twenty-eight years old. In February, I’ll be twenty-nine. I live alone in a spacious apartment in Rouen. I am perfect.

But I haven’t always been so. When I was a child, I lived in a little town in England called Selsey. I was called ugly by the other children in school. Sometimes they would throw stones at me. Sometimes they would wrestle me to the ground and pull up my shirt so all of the children could see my flabby, white stomach and my stretch marks. In class, they cut my hair with a pair of scissors, because it was long, and flaxen-coloured, and frizzy… and that offended them. Amelia Doherty was my worst tormentor in school, and the self-made scars across both sides of my upper arms bear witness to this. Now, I am no longer fat or ugly. I model for La Dupine, in Paris. One day I am going to be an actress.

I eat a strict but balanced diet and have a regimented exercise routine. Every morning, I wake up at 5am. I tie my hair up and I go running. It’s usually light by the time I get home and I can hear birdsong. I eat a half of pink grapefruit and drink a cup of warm lemon water. I rinse my face. I wax my pores. I use an intensive face wash to get rid of any impurities. Then, I use a vitamin-enriched gel while I shower. I then apply a thin layer of oil-balancing moisturizer to my skin. Before I leave the house, I apply a light spray of mineral mist to my face and neck. I don’t sleep in. I did this only once and I could feel the impurities in my skin. I could feel the bacteria in every crevice. I could smell the oil and the grease.

Every night, I apply a cooling, charcoal face mask before I go to bed and wash my face again. Before I sleep, I apply the night time gel that prevents spots. I like this product the most because it stings. I imagine the impurities burning to death for their sins. During the day, I take a witch hazel cleansing face cloth from my hand bag and wipe my face. If there is too much brown residue on the cloth, I have to chastise myself. I wear a hair tie around my wrist and I twang it every time this happens. I remember when Rory Aithwaite used to sit behind me in art and flick elastic bands at me. It enters my brain every time I punish myself.

One Sunday, while I was sitting on my balcony drinking tea, I thought I saw Amelia Doherty climbing out of a little mustard colored car in the street below and walking into my apartment block, carrying a brown suitcase. I was almost certain. I ran inside and carefully opened my apartment door. I could hear footsteps below, followed by the metallic click of of a lock, and the yawn of an opening apartment door.

“Mademoiselle Adams, ca va?” came man’s a voice from behind me. I gasped as I turned my head, and then gasped again when I heard the door below me abruptly shut, followed by a muffled locking sound from within the apartment room.

“Oui, je suis” I replied, feigning a smile to the man who I quickly recognized as my handsome neighbor, Monsieur Renaud. He had just left his apartment for work and was carrying a briefcase and a navy jacket. I collected myself and retreated back into my apartment. I later gleaned from another neighbor, Camille, that the resident below was a Mademoiselle Dionne Barbier, and she taught fine art. This put my mind at ease. Yet, every time I saw Mlle Barbier, I could not help but take a second glance. She was a precise replica of Amelia Doherty; a spitting-image of waxen skin and raven black hair.

It was when I walked passed Mlle Barbier’s apartment door later that afternoon that I first smelt it. Amelia Doherty used to wear cheap perfume and she would wash her hair with a shampoo that reminded me of the watermelon sorbet that they used to sell at the little ice cream shop in Selsey. I remember first noticing this when she pushed me up against the wall on the second day of my third year of senior school. She faced me, her perfect little nose almost touching mine, and told me I was, as the French say, “Un gros, moche, stupide vache!” Now, as I descend the tiled steps and walk down the corridor passed Mlle Barbier’s apartment door, I can smell that same tacky, cheap perfume and and that watermelon shampoo. Perhaps it was Amelia and she had followed me to France to ruin my life again. To destroy me. To remind me that I’m worthless. I came to Rouen to forget that.

The next morning, I decided to walk passed Mlle Barbier’s apartment door again, just to be sure. I am not a lunatic. At first, all I could smell was the musty walls and the aroma of sweet pastries filtering through an open window in the passageway. Then, as I drew closer, the smell hit me with such potency that I stopped walking and dropped my shopping bag. I turned to Mlle Barbier’s door. It was pure white with a little black spyhole in several inches from the top. I wondered if she was looking through it right there and then, watching me, delighting in my horror. Another door opened and Camille stepped out, fumbling through her handbag for her keys. I asked her if she could smell it too. She inhaled deeply and with a smile, she told me that all she could smell were croissants. Then she hurried down the stairs and out of the front door. There were only two possible conclusions to this incident: I was a lunatic, or Camille was lying to me.

Why would she lie?

My question was answered the following morning. I opened the doors of my little balcony and was met with the voices of two women talking in balcony below. The first voice I recognised to be Camille’s, and the second could be none other than Mlle Barbier who, I remind you, lived directly below me. They were talking like they were best friends. I couldn’t fully decipher what they were saying, but when I heard Camille say my name, my heart stopped. She had betrayed me. Amelia had discovered my happiness and employed Camille to help her thwart it. I always knew Camille secretly harboured envy towards me since she found I’d resigned at Cafe Bertin to model clothes in Paris. Reader, I know this sounds like lunacy, but it actually makes perfect sense. Amelia did the very same thing when we left primary school. She took away my best friend, Caroline, and turned her against me. Cigarette smoke began to rise from the balcony below, and with it, the unmistakable smell of cheap perfume and watermelon shampoo. I shut the doors quickly and ran to the other side of the apartment. Of course. Of course! They were using the fragrance as a means to contaminate me. Camille must have told her that my skin and my hair are my greatest assets, and so, she is going to destroy them with these sickly chemicals. I locked every door and window and stuffed every crevice with tissues. I did not leave the house that day.

I laid awake that night thinking about… Diomelia. I heard jovial voices from outside. One of them was Mlle Barbier, and the other was a man’s voice. I sat up in my bed. When I realized that it was Mr Renaud, tears rolled down my cheeks. She must have discovered my feelings towards him and has turned his mind too. It must be the smell that’s doing it! Perhaps that’s why they can’t smell it. I heard them both break into laughter as I thought of this. They can hear me. Suddenly, I imagined my perfect little apartment block was a layer of perfect, alabaster skin. Each window was a pore and the window of Mlle Dionne Barbier’s apartment was a blackhead. An ugly, pulsating blackhead. It needed removing. It needed lancing! I needed to cleanse this apartment of impurities. I was hit with a sudden wave of nausea and I ran to the bathroom. I could smell the perfume and shampoo in my own apartment now; in my own room. I raised the back of my hand to my nose. It was on my skin and my clothes. The smell was so powerful it was making my nostrils burn. I gagged and I balked into the toilet. That’s where I fell asleep, shortly after 3am.

I slept through my alarm for the first time in three years – because I’m pathetic and lazy. “Stupid Georgina. Stupid, fat, ugly, pointless Georgina” I said, twanging the hair tie until my wrist is as pink as the sunrise over la riviere Siene.

Do not worry, reader: I did manage to remove the blackhead out of its pore. I cut it out bit by bit. I cut away the black hair, the vicious tongue, the perfect little nose, every single finger that used to scratch my cheeks until they bled. I carried the fragmented little comedo to the canal, and then rewarded myself with a cigarette as I drove back home. My apartment block is clean once more and so am I. What more, the smell completely disappeared. That night, when I let the hot water from the shower wash over me I was happy for the first time in years. I was euphoric. I was clean. As I watched the red water fade to pink as it spiraled down the plug hole, I smiled. Then I massaged a deep-cleansing body lotion into my torso.

My name is Georgina Adams. I’m twenty-eight years old. In February I’ll be twenty-nine. I live alone in a spacious apartment in Rouen. I am perfect.