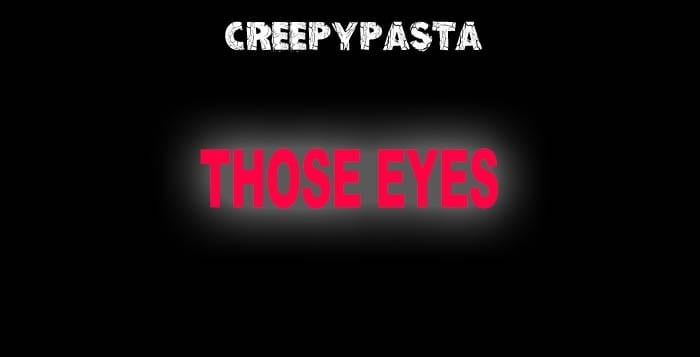 Posted at 13:18h in Strange and Unexplained by Creepypasta 0 Comments
Please wait...

There was this one time when I was younger—about five or six years old, when we had moved into a new house. It was just me & my mother most of the time since my father worked long hours during the evening into the early morning. We had been in the house no longer than two or three weeks & the school year was coming to a close. Only now had my parents explained to me what had happened in that house many years ago. The truth of what happened on that day did not set me free of my curiosity, but rather fuelled a string of nightmares I can’t seem to shake.

Maybe sharing it with you will help.

It was a warm summer evening early in the week when I got home from school. My parents trusted me to walk as the neighbourhood was a quiet area & the school was only a few blocks away. As usual my dad was leaving for work as I got home so we had our normal chit-chat about my day & if anything interesting had happened at school. Nothing had happened at school, at least that was worth noting to my dad who seemed to be in a hurry.

My mom was in the kitchen getting my plate ready for dinner. We ate early since my dad had to leave for work at such a strange time but I had gotten used to it over the years. As we sat together, I ate dinner while my mom watched one of her soap operas that I didn’t necessarily hate, but didn’t exactly love either. There were no other plans on the horizon as all my friends (all two of them) were busy with their own lives; this meant a lonely night of homework & video games, which wasn’t necessarily a bad thing.
I remember sitting beside my mom just after finishing my plate & looking up at her. She was engrossed in her show until she gave a sharp look toward the kitchen. Her face curled up with confusion & curiosity, so she got up to walk toward the kitchen to investigate. The light from the kitchen spilled into the now dark living room lit only by the sharp yellow light of the kitchen & the flicker of the television. I had seen what she saw as well, but to me it seemed like a slight disturbance in the light.

After investigating the kitchen she returned & shrugged it off as if it were nothing. To me it was nothing, so we continued watching television until my mom asked me to go finish my homework. As I walked down the hallway toward the staircase up to my room I could feel a cold chill in the doorway where my mom had gazed earlier. It gave me chills but nothing like when I got to the bottom of the stairs.

There was something about the stairs in this house that made me feel unsettled. The basement was fine, the basement stairs were fine—hell, the crawl space in the basement had more life & character to it than the staircase that led to the upstairs. I absolutely despised having to climb up & down its dark wooden steps, especially late into the night. It wasn’t that I was afraid of the dark, or monsters or really anything of the sort; I can’t really explain it. It felt like the stairs were watching me, so I would run up & down them as fast as humanly possible. You know that feeling you get when you’re being chased & it feels like whatever is chasing you could grab your ankles at any moment & tear you down? Yeah, that feeling.

Once I got to my bedroom, I was safe as if whatever dark entity that constantly chased me up the stairs was not allowed into my room. It was a safe haven from whatever lived in or on the staircase which is why I spent most of my weeks in that house in my room or out with my friends. I could remember my room was plastered with posters showing off my love of Star Wars, horror movies & one of Simple Plan (it was a phase). Like most kids into Star Wars at my age, my floor was littered with nearly hundreds of action figures, play-sets & anything my parents could get their hands on. It was a mess but it was my mess & I loved it.
Having completed my homework which consisted of bland Math & English papers, I rewarded myself with a solid two hours of video games. By the time I got sick of the games, I looked at the clock to see it was nearing nine o’clock. As I stood up to turn the television off I could hear a voice from downstairs.

“Honey, can you come downstairs for a minute?” I pushed open my door & stepped into the hallway but before I could even reach the top of the stairs someone grabbed me tightly & pressed me up against the wall which jarred me from my skin until I realized it was my mother. She quickly put a finger over her mouth & had a look of distress. I kept my mouth shut after seeing the fear in my mother’s eyes that I still to this day cannot shake.

“Don’t go downstairs—I heard it too.” she said quietly, her voice shaking with terror. I could feel my body warm up as my heart rate increased. She quickly shuffled me back into my bedroom & quickly shut the door behind her. Pulling out her cell phone she quickly but clumsily began dialing 911, her hands shaking as if she’d been outside on a cold winter night. As she began talking with the operator, begging for them to send somebody, I could do nothing but stare at the door & pray that it would not open. After another few moments, it spoke again.
“Honey, please come downstairs.” it said, louder & filled with frustration. I could tell my mom was trying her hardest not to cry but her eyes could not lie. She walked over to me & knelt down beside me holding onto my shoulders in order to comfort me, who was mostly confused.

“It’s going to be okay. We’re going to be fine.” she said, almost as if she was saying it to keep herself together.
After what felt like an eternity of waiting in absolute terror & speculation of who—or what—was downstairs, there came the quick pounds of feet on the stairs. We couldn’t help but back up into the wall & as my mother grabbed a trophy I’d gotten a few years ago from a baseball tournament there was a loud bang on the door.

“Hello? It’s the police are you alright?!” yelled a strong voice.

“Oh thank God—Yes, we’re in here!” she yelled in response. The door opened & two police officers who seemed not only giant but angelic as they entered the room. My mother ran over to the first officer & hugged him as she began to cry. I began to cry as well, but only because my mother was crying. Being a young child, I only fear I knew in that moment was the fear my mother was giving off & it was intense.

One of the officers sat down with my until my father got home & tried to talk me out of my confused state of worry & terror. When my dad got home we all hugged for longer than I could remember ever hugging them. I didn’t know what had happened or what was going to happen, but all I knew is that everything was going to be okay & seeing my dad assured me of that. My father had a way about him that when he was around everything was okay, even if it wasn’t. It was still like that to this day.
The next morning, after having slept in my parent’s room that night with a police car sitting outside of the house my parents had the talk with me. They explained that we were going to be moving within less than a week & that I was going to stay with my grandparents until then. I asked what exactly had happened & all they said was that there was something wrong with the house. It was a vague explanation but when I got to my grandparents, they explained more bluntly that the house was haunted. That explained the feeling on the stairwell.

That also led to my young imagination going out of control; if the house was haunted & that thing watched me day in & day out climb those stairs, what had made it wait so long? Why had it waited until then & even more frightening why did it ask for me to go downstairs? I had nightmares for the next few years about the house regardless of having moved far away from that part of town. I remember overhearing my parents during my phase with the nightmares about whether or not I should go speak to a therapist or some kind of expert that could help me. I was fine most of the time—just whenever I went to sleep. The nightmares eventually went away.

Years later, I still have the odd nightmare here & there but nothing I can’t deal with—I am an adult after all. About a week ago my parents decided to tell me the truth about what had happened in that house. As they began explaining it I was horrified that for all these years I hadn’t known the truth about what happened. Were they going to try & relieve the nightmares which had long passed, or was there something more sinister to my experience?

They explained that the house wasn’t haunted at all, at least as far as they ever knew. A few days before that night a woman had escaped from the mental ward of the local hospital. It wasn’t like a huge institution for mental illness, but a wing of the hospital that held about twelve people at a time; the limit was never met. The woman who escaped that night was named Iris McCleod & she was being detained after supposedly killing her three children. She suffered from severe schizophrenia & had several manic episodes before being committed but was never on any sort of medication. Those poor kids.

The police had done a more thorough investigation & found that she had been living in our attic for the majority of the week after her escape. She lived right above my bedroom. That was by far the worst part of the whole thing; she never just pounced on us—she never wanted to escape. Those eyes I could feel on me every time I went up & down those stairs were not ghostly, or my imagination run amok. Those eyes were real & I had felt those eyes on me for years after. I can feel them on me now, but a part of me doesn’t believe it. I don’t want to believe it, but the fact is that she was never caught. Those eyes could very well be on me but who knows—they could be on you too.