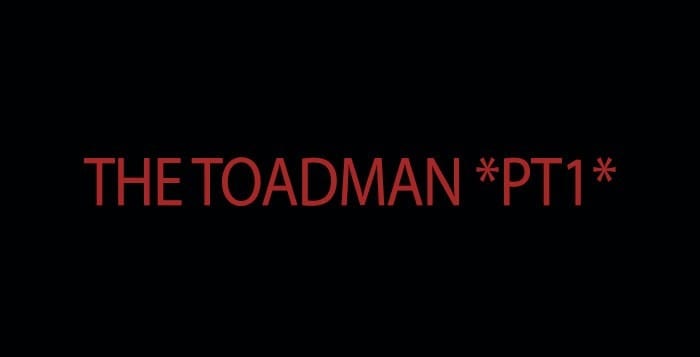 Posted at 10:39h in Deaths, Murders, and Disappearances by Creepypasta 0 Comments
Please wait...

My name is Abram, and I’m from a rural town in Montana by the name of Millsbe. A quiet farming town, I always had room to move about with my friends. The parlor would always welcome us, and we spent our evenings roaming the field.

I’ve always had fond memories of my hometown. I had loved my family and friends, and most of my memories of the town bear such emotions. But something has edged its way into my mind. A past event that horrifies me when I think of it.

It was the summer of 1982. April 7th, to be exact. My friends and I had decided to spend that day in the fields, galloping about and generally having fun, as 16-year-olds should. It was a breezy day, with amber leaves billowing across our growing hairlines, and the tall golden reeds tweaking slightly, it leaves such a crisp thought in my mind.

That was 30 years ago, and I have mustered up the courage to share my story. I will be hard to recall, but I shall try to the best of my ability. On that April day, I, and my two best friends Angie and Don, had decided to stay in the fields after dark as an early birthday present, as mine was a week away.

The stars at night were as beautiful as diamonds, and Don had even brought a few fireworks. “You have no idea what I went through to get these,” he said the night before. “But it’ll be worth it. I promise, Abe.” I had only nodded in agreement. Don was always the risk-taker among us, while Angie had been the quiet one, going along with her own plans and ambitions.

We were hiking to an old part of the woods past the fields, where the smoke from the granaries and textile shops faded, and the skies were even clearer to the eyes. I had never been at this area, but Don assured me naturally, and I wiped the sweat from my chestnut colored brow.

“Yeah, yeah,” I said. “How do you know this place, anyway? Your pappy brings you here?” I was heaving from the jog.

“Nah,” came his reply. “But me ‘n Angie cuddle up here.” His laugh was cut short from a sharp smack by Angie. “Shut it, Don!” She, too, was out of breath. Don just laughed his choppy laugh. It sounded a little deeper than usual. I attributed it to his growing stature. “Whitey’s got a temper!” he barked. I calmed them down with a

“Hush. That Toadman’ll hear ya.”

They paused and looked at me for a moment before turning and continuing though the thickening trees. I smiled to myself and followed. The Toadman always got under their skins and I knew that.

The Toadman was a rumor that spread through the town in the 1890’s, when a few children were found dead in a river, by a toad’s nest. Their limbs had been chopped off by, what the Judge said, a small axe. They found the guy who did it, a man by the name of Keith Lesler, and executed him. Ever since, adults had been warning their kids to stay away from the creek near the woods.

But as is prone to happen, kids forgot. Three came to the creek, found no Toadman, and have sneaked there a few times since. The area was, in fact, about half a mile from where we were, down an embankment. But that wasn’t in my mind as we strode. We merely edged nearer to the center of the trees.

Once in the clearing of the center, we laid down in the tall grass to watch the sky. I breathed a long, peaceful sigh. “Oh man, this is great, you guys. The air, the stars… It’s a… Hey, Don? Where are ya?” Confused, I stood, the grass reaching my upper torso (around five feet, 6 inches by then). I wasn’t worried for him, as he liked hiding and tricking us from time to time. I rolled my eyes and fished for Angie’s hand, but found nothing but sodden earth.

Believing her to be in on it, I lied back down to watch. They would pop up, scare the living Jesus out of me, and laugh it off with big smirks as they’d done before. After about ten minutes of this, however, I grew worried. Why haven’t they shown up? I thought. Confused, I roamed the fields to search for them.

After five minutes of searching the tall blades of grass, I sprinted into the woods. Something wasn’t right, and I knew it. I cursed at myself for letting slip of the Toadman and piquing their curiosities. My gut told me where they were, at that swampy embankment where we had played as children.

After reaching the murky edges I looked around for my friends. “Donny! Angie!” I cried. I had no idea what was happening. I kept yelling reverently for my friends. But something got my attention after a moment. A rustling in the grass. “Yes” I edged towards it and spoke softly, “D-Donny? I-is that you?”

I only got a response from behind me, “Yes.”

I didn’t have time to sigh as I launched myself away, barreling towards the field. I heard his footsteps behind me, slopping on the ground as if his feet were muddy. I pressed on faster, only for the footsteps to match my pace.

I dived into the grass as I reached the field and crawled as silently as I could away. Once I felt I was safe from him, I peeked through the reeds, and what caught my eye made me vomit. He was around six feet tall, and burly.

He was clothed in (what I could assume) a swamp walker’s attire, with knee high boots, a fishing vest and green overalls, all covered in blood and mud. And around his waist were… heads. The heads of my friends, and the wrinkled heads of others, hair stretched to ring his belt.

He held an oak axe, which was lined with crusted blood, and only exaggerated his scent. He smelled like a rotten corpse. I tried scrambling away, but my toes struck something hard, and I fell. He immediately turned his head and lunged.

I barely had time to roll away as the axe sunk into the ground, and dart around him. Putting in all the strength I could muster, I drove my heel into his gut. To my shock and horror, my foot sunk through him, and grinning like a madman he swung his axe again, cleaving my leg from the knee down.

I screamed, falling like a dead weight. He grinned wider, gripping my leg like a trophy. I knew that soon, it would be my head he was holding. He raised his axe once more, but I managed to claw my way under his legs, gripping what I tripped over, hopefully to smash his head in. To my surprise however, It was a wooden crate, containing the fireworks Don brought!

With little effort, the Toadman grabbed my stump and pulled me up, raising me up so I was eye level with him. His bubbled complexion brought bile from my stomach, but I instinctively dropped the crate downwards onto his head. He dropped me, grunting in surprise. I knew it was my only chance.

I pulled away his axe, tossing it and reaching into my pocket. I slipped out the grinding stone that I carried for farm work, and scraped it against the crate, sparking the fireworks. With all I could, I crawled away, and turned.

The Toadman gave me a look of utmost spite as he combusted, the lights spraying a shower of viscera on the area. I lost consciousness, the look burned into my mind.

I woke up sometime later, in a cot outside my home. My parents searched the woods for me, and carried me back. With surgical help, the town doctor cleaned and mended the wound. They found neither of my friends, however.

I look back on this memory as a curse that has haunted me. I couldn’t even get near the woods anymore, and no one would believe my experience. I know, however, one thing:

The Toadman is still there, waiting for me.