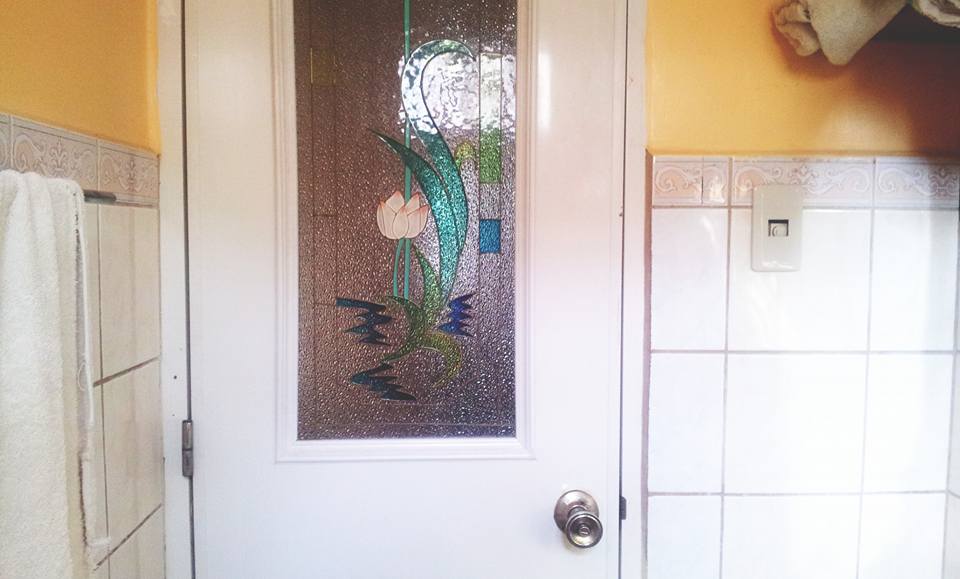 Posted at 00:00h in Based on True Events, Strange and Unexplained by Creepypasta.com 29 Comments
Please wait...

My family have been living in the same house for almost 10 years, but not once did we ever encounter anything supernatural or creepy. Probably because we built this house ourselves and made sure no dead bodies were buried in the soil, so we didn’t have to worry about previous families having dark histories or such. Nobody has died in the house either. Which is why when something disturbing finally happened to me on a certain afternoon, I couldn’t come up with an explanation why it happened.

It was summer break, you know, those times when you have no school stuff to worry about and you can lay around the house all day. Most of the time, the only people in the house were me, my younger brother, and my grandma, since my mom was working and my older brother had a summer job. After spending hours on the computer, I finally got bored and decided to take a quick bath since that afternoon felt so humid and hot. You see, our bathroom door has this stained glass design or something (I’m not good at describing different types of glass) so you can see the silhouette of people passing by the door, but the other details like eyes, nose or mouth are not clear. When my mom got it installed, I hated it because I was a girl and I don’t like the idea of people seeing me while inside there even if it’s just my silhouette, because if you come close enough to the glass, the better the person on the other side will see you. I had two brothers, so I don’t really understand why the hell my mom installed that thing.

Anyway, my bath was going fine, until I turned my head and realized a tall figure was standing right outside the door. It surely wasn’t my grandma since she’s a short person, so I concluded it was my brother because that guy is freaking tall even if he’s younger than me.

“Hey, I’m showering. Go away!” I yelled, but he didn’t even move an inch. He’s probably just trying to annoy me again so decided to throw a shampoo bottle against the door. “Go away!”

Thankfully, he did go away, and I just finished my shower while feeling a bit pissed. As soon as I got dressed, I went to confront him in his room. He was busy playing in his PC.

“What were you doing standing in front of the bathroom like a creep while I was showering?”
“I wasn’t creeping on you,” He simply said without even looking at me. I just rolled my eyes and didn’t press any further, since he tends to lie when caught doing some crap and it won’t be easy to make him admit to it anyway. I decided to just shrug it off because he didn’t do it again the rest of the day, so maybe he was just bored that moment. The very next day, I was taking a noon shower again and when I looked at the door, there he was again. Just standing there and probably watching my silhouette move as I showered.

Finally, he started to slowly turn around and walk away, then disappeared into the left hallway. I was about to let out a relieved sigh, but then a different silhouette came running from the opposite hallway and stopped right in front of the door. My blood ran cold when I realized that this person is SURELY my brother. I can clearly see his brown skin and even the yellow tint of his spongebob shirt. The other silhouette, however, was equally tall but pure black as if just a shadow.

“What did you say?” He called out, like he really didn’t hear what I have been screaming. I wasn’t able to answer because I was still completely shocked about what just happened. It was like my mind just went blank.

“Hey? You okay?” My brother’s voice snapped me out of it, and I hurriedly got dressed. When I got out, I was greeted by his confused face. I probably looked so pale because I could still feel myself numb from all that shock. I pulled my brother to the living room and started to explain everything to him. He didn’t tease or laugh at me because even though we piss off each other most of the time, when one of us is totally shaken up, we know something is surely wrong. He explained that he didn’t hear anybody else sneak into the house, and we even have five dogs outside for Christ’s sake, and none of them barked even once. We didn’t want to conclude that it was something paranormal since, just like I said earlier, we never experienced such things in the house after living here for a very long time. And it happened in broad daylight. Don’t paranormal entities prefer to haunt people at night?

We decided to approach our grandma since she’s the one that has experienced odd things during her younger days. All she told us was that spirits tend to visit homes once in a while even if they don’t know the people living in there. She even joked that maybe that certain spirit just fancied me, but that idea only scared me more. The three of us agreed to keep the matters from my mother, since she’s a full blown skeptic and would probably just nag me, saying that I’m reading too much horror stuff. It was already comforting enough for me that two people sincerely believed my story.

Since that last encounter, I don’t enter that bathroom without praying and praying to be kept safe from whatever that thing was. For all I know, it could be a demon, and I sure as hell don’t want a demon stalking me. It didn’t happen again for a few days as if to give me a break, but then, it visited me again as if for one final goodbye.

Being the very unfortunate me, it was late at night, and most of the lights were already off although none of us were asleep yet. I was the last to take a shower, but I made sure I had my phone inside the bathroom with me since the fear was still crawling around my system. I kept my eyes glued to the stained glass as I tried to shower as quickly as I can. I was only halfway done washing away the shampoo, when I saw the same black figure slowly walk closer the door. I actually fucking saw how it appeared from the dark hallway like it has always been there all the time. Heart racing, I slowly reached for my phone, letting the shower stay on so that thing hopefully wouldn’t know that I already noticed it. I was already letting out shaky breaths as I went to my brother’s contact number. As soon as I pressed call and my brother’s phone started ringing from somewhere in the house, the figure suddenly reached for the doorknob and started to try and open it. The knob was shaking so violently that I thought it would actually break.

At that point, I just lost it. I screamed. I let out the loudest scream I ever made in my whole life, hoping that everyone would hear it and come to my rescue. I just felt so fucking helpless, and it was the most horrifying thing I have ever experienced. I felt like whatever that thing was, it wanted to hurt me.

When loud footsteps echoed in the hallway, the figure quickly stepped back and immediately disappeared back into the darkness as if it was never even there. When I could hear my brothers and my mom calling for me outside, I fumbled to wrap myself with a towel and opened the door. I hugged whoever was nearest to me and cried. Jumbled words of explanation came out of my mouth and I just hoped that they understood me. Thankfully, my mom didn’t nag me, and stayed beside me the whole night to assure me that I’ll be okay.

Immediately after that, my mom had that door removed and replaced it with a normal, solid one. Since then, I haven’t seen that thing again, though I couldn’t deny that I still have this constant fear that one day, it will pop in my face and finally get me. I never knew what exactly it was, and what it wanted from me.

Or for all I know, it’s actually just standing behind that solid door, staring at the plain white surface like it could still see me. 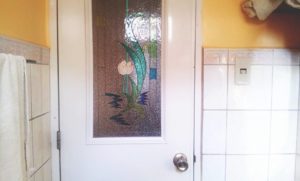 based on a true story, based on true events