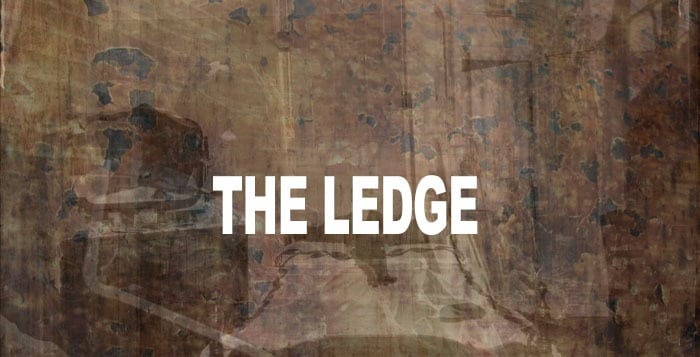 Posted at 08:22h in Strange and Unexplained by Creepypasta 0 Comments
Please wait...

Usually when I see someone standing on the top of a building, peering over the edge I only assume that they wish to kill themselves. However, this was not the initial reason that I got up here, it was not the reason why I had walked onto the roof of the place I worked, stood on the edge, and gazed over with intense focus onto the landscape before me. But now the wanting of my own death became much more. Maybe I should jump. I had more than enough reason to. I was in a dead-end job, no girlfriend, no family, no one would even care if I jumped. In all honesty, it is very strange that I was in this position, so much so that it made me question my own sanity. There were a lot of things I was afraid of and heights was definitely one of them.
Looking down off of this giant peak, the vision I had become narrowed. It looked as if everything in the centre of my view had been dragged towards me slightly. And even though everything felt closer it became more of a blur. My body was shocked into a paralyzed state when I had realized how high up I was. I wanted to turn away but my body would not allow it, I was planted onto this spot unable to move. It felt as though thousands of wires were attached to every muscle I had and then nailed into the ledge below me.

The ledge felt cold and lonely, just as I had been before I stood upon it, and now somehow still seemed to have been able to comfort me, without words or sounds. It stood beneath me supportive of any decision I was going to make. Whether I would jump to my death or walk down the staircase back to my normal life, it was never able to judge my decision. All the ledge could do was enforce my posture and give me its time. It wasn’t like it was going anywhere, it was just a ledge, and I did realise this. I am not crazy.

My feet became absorbed into the edge of the building like my feet were wrapped in sinking sand stuck into the place I stood. As I peered down onto the ledge below, I could now see that sinking feeling come to life. The ledge was now sinking, beneath my feet! I could not move. My heart began to pound in my chest so hard I could feel it in my throat, it felt as if it could come out of my chest and into my mouth at any second. The saliva in my mouth started to taste of blood at the thought of it. My biggest problem became the fact that I could not move. my ankles became engulfed by the stone which was no longer solid but became more like a liquid. Unctuous and now full of character the ledge began to eat me up and swallow me like a snake would do to a rat. The feeling of it strangling my legs was unbearable. I could feel the bones in my legs snap like twigs like after a tsunami hits a cliff of trees. I let out a scream that no one seemed to hear and I realised I was alone.

The view of the scenery became more distant and the view of the busy ants below, which were not once aware of my existence, now became a blur. The ledge now was up to my waist. Every bone absorbed by the ledge shattered into tiny fragments, inside my legs and hips I could feel the shards of bone dig into my muscles ripping apart everything contained within the skin of my body. Blood seeped from my skin, then burst through onto the building on which I stood. I screamed in agonising pain crying out to the distance for any hope of being saved from this ledge on which I slowly was becoming a part of. The ledge slowed down and seemed to let out all its aggression in a burst and became exhausted. I could still feel the nibbling of the ledge upon my skin grinding onto the outside of my ribs. But still there was nothing I could do except stand perfectly still. My arms went heavy as if tied to the ground below. My neck and upper body stiffened and I could not twist or turn my head. It was as if they had become one and discussed that they would not move, becoming independent to the impulses of my brain, refusing to listen. My face however retained my essence and I was able to control every muscle in it as normal.

The pain was consistent and never dulled. The agony I suffered did not kill me, but in this moment, I wish it did. The reason why I came up here became unclear to me and I for some reason could not recollect any memory before this event. It wasn’t like it mattered anyway. I was to die now and all my thoughts and memories, were to die along with me. Across from where I stood a much taller building came to my attention. it looked as though a face became apparent in the front side of the building facing me. What must have been one or two hundred meters away, was a face, not that of a human or any person that I knew.
At first, I could not understand it. It focused its concrete eyes at me and began to animate. After a few seconds, I realised that the face of the building had taken a form of some type of animal that I could only explain as some type of cat, or feline. Its neck extended from the building towards me, allowing the features of its head and face to be more accurate and recognisable to my eyes. It really was some type of feline, perhaps even a dog. I could not fully comprehend what it was. A strange creature made out of glass and bricks peered out towards me. The size was huge easily over 80 feet. I started to sweat irrepressibly washing the Stains of blood off of my skin. Drenched in sweat and fear the animals face stopped a relatively comfortable distance away from me. The face had now developed a character, I could now distinguish its brow line and facial structure.

Curiosity masked my pain for a moment, as now I was anticipating the Beasts first act. Was it going to kill me? Speak to me? or did the beast simply wish to show its existence to me before my last breath? The concrete beast opened its mouth freeing rubble from it as if it was spewing up a bizarre type of vomit. It was at this moment I realised my mouth was open in awe as well. Was the beast mimicking me? or simply getting ready to speak to me? A Sound grovelled from the beast’s mouth. I could not understand it, it was not easy to figure out whether it was a form of communication through words or some type of groan. After a short time of making these unidentifiable sounds it took a pause and tilted its head towards me like a confused dog. The concrete rubble spiralled on top of its head into ears like a cat, concaves gathered upon its face in the form of eye sockets, however no holes formed as nostrils. Rubble stopped falling to the ground and the head of the beast had stopped moving. The Beast now began to look at me intensely gazing through me and into my soul. I then sank into a peculiar feeling of serenity. All the pain I felt previously had disappeared and I became calm. The idea of this feeling was alien to me a moment ago and now it is all I can comprehend. The beast abruptly opened its mouth and with an aggressive pace, scooped down on to me. The fear now came rushing back and when it did so had all of my physical feeling.

Now covered in darkness I became captive inside the mouth of this concrete beast, and its gigantic jagged teeth had sunken into my chest just above the ledge that had consumed the lower half of my body. I had no sight, all had become black like I was stuck at the bottom of a dry well that had been covered at the top. The Beast’s breath was cool and lacked any type of moisture. The breath, which resembled more of a dry wind, now brought more attention to the wound as I felt the curious air try to sneak into my body through my wounds. My screams echo inside the hollow beast bouncing off the concrete and into the deep abyss. Blood started to splatter onto my tongue and from my screams, it then spat across my face and body. My body now split into two, I feel myself falling. The scariest thing was that apart from my screams I heard nothing else, nothing apart from my own excruciating pain. It was as if nothing else existed apart from my own anguish. Thoughts sprayed out into my consciousness like my blood did onto the inside of this concrete beast. My mind felt like it was squeezed from the bottom as all my thoughts compressed into the top of my brain, able to explode at any moment, almost like a balloon that has too much air being blown into it. Everything that happened in my mind in that moment felt fast and slow simultaneously, life didn’t manage to flash before my eyes, in actual fact, darkness was my only friend and before I manage to hit the ground I closed my eyes.

Closing my eyes, I started to feel numbness. Was this even real? Each droplet of blood dripped from my insides as I felt my body and mind fade away. I cannot scream, call for help, even if I could, would it matter? The overwhelming instinct of staying alive was astonishing. Before all this happened, I was thinking of ending my poor miserable life. And here I was thinking of any way I could save it. My body turned cold as if I had just thawed out of a giant block of ice. Death was creeping up on me, but I knew it was certain. The grim reaper came in its strangest form and decided to end my wretched life for me. In the end I now understood, I was never in control of my death to begin with, and nor did I ever have the choice.