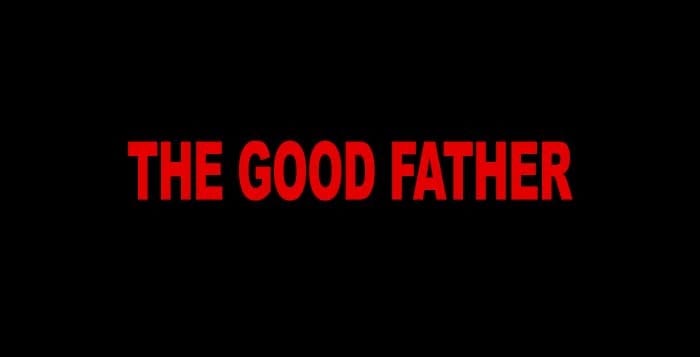 Posted at 12:06h in Beings and Entities, Religion and Spirituality by Creepypasta 0 Comments
Please wait...

The car rumbled to a stop in the gravel driveway outside the cathedral. The building itself wasn’t too huge, but it was old. Several hundred years, if the weathering of the brick attested to anything. A large rosary window loomed above the front doors like the eye of a malevolent god, dark and watching every movement. Small buttresses here and there along external support columns looked as if they were fingers, roots, digging into the ground, reaching for something deep beneath the surface. Off to the right side, in the shadow of the cathedral, was an old cemetery, unkempt and overgrown with weeds. Even from this distance you could tell that the names on the headstones had long since been worn away by the weather.

A quick glance out the left window of the car let you know just how late it was. The sun had dipped far below the mountains, and the sky looked as if it were on fire. A murder of crows flew past overhead, landing on the dead tree next to the cemetery.

There was no wind. The forest surrounding the cathedral was eerily still, the old tarnished bell above the cathedral frozen in place. The driver cleared his throat, startling you out of your stupor. Upon glancing up at him, you noticed the car was off, and he was staring at you expectantly. You opened the door and got out, then bent down and peered in the car one last time.

“I’ll be back in less than an hour,” you told him. He stared blankly at you. “Don’t leave without me,” you added, closing the car door and turning to face the looming cathedral in front of you.

The crunching of gravel under your feet was the only sound as you approached the front doors. You paused once you reached the steps, feeling the gaze of the driver burning into your back. Glancing at your watch, you sighed. 6:15pm, the time he had told you to meet him. He had said that his last Mass got out at 6:00pm, so you had agreed to meet him at 6:15. But if that was the case, why hadn’t they passed anyone on the road out here? You were painfully aware that every moment you stood there, the sun dipped further below the horizon, and a cruel chill was beginning to settle on the church grounds. Steeling yourself, you made your way to the top of the steps, grasped the large wrought-iron ring, and hit it against the door, the deep bang sound echoing through both the empty halls within and your bones.

Father Penemue didn’t keep you waiting. Within a few seconds, the heavy door swung open, revealing the Good Father standing there, still dressed in his black robes. His eyes seemed to be glued to yours, as if piercing your soul and searching for something. Then his eyes slowly travel down your body, and you have to suppress a shudder as they linger in a way that can only be described as lecherous, then travel back up.

“So glad you could join me, reporter,” he says, motioning you inside. You follow cautiously, even though every fiber of your being screams to get back to the car and come back during the day. He led you down the aisle, past rows and rows of empty pews. The eyes of the figures depicted in stained glass seem to follow you as you follow Father Penemue towards the altar. You hear what sounds like a quiet choir, but there isn’t one, the cathedral is empty aside from you and the Father. The choir sounds as if it’s all around you, in perfect harmony, and yet, it’s not there. Your skin crawls and you glance back at Father Penemue, who is staring at you with a look you cannot place. He smiles at you and continues walking, satisfied that you’re still following him.

He leads you past the altar and through a doorway, down a small narrow hallway, and into what you presume is his office. He sits down at his desk and motions for you to sit across from him, the last light of day coming through the window at his back and shrouding his face in shadow. After taking a seat, you try and look anywhere but his eyes, which you can feel pinned to you. Rubatosis overcomes you, the feeling of your heartbeat acutely present, as if it were exposed to the world. Finally, in the hopes of speeding this up, you brace yourself and look at the Father, whose hands are pressed together in front of him as if in prayer.

“Father Penemue, does anyone else work at this church?” you inquire, maybe a bit too forwardly, pressing the record button on your phone. Father Penemue makes a strange face, then smiles.

“No, dear, I am the only one in this house of God.” You nod, focusing on the old books covered in dust on his shelf.

“Are you aware that several of your church patrons have gone missing?” You watch his face this time, scanning for anything that might reveal some hidden feeling or knowledge. Father Penemue never breaks eye contact with you.

“Yes, I’m afraid I am. It’s terribly tragic, they were all such good followers. Devoted, observant.” He says that last word as if it is a threat, the last consonant sharp and punctuating the silence. You clench your teeth, a sickening feeling in your stomach.

“Do you have any information on who might have done it?”

The question hangs in the air, and for a moment you think you see a flash of anger in his eyes. But it is quickly replaced by something far more dangerous.

“I believe I might.” He stands up, and walks away from his desk to go look at a painting of angels on the wall. “My dear, are you aware of the story of the Grigori?” You nod, and without even looking at you, he continues. “I would be careful, if I were you, in choosing your next words wisely. For even today, they are watching. Listening.” Father Penemue turns to look at you, and you realize that the sun is completely gone. There are no lights on in the Cathedral, and you can barely see his face. He walks over, placing one hand on the back of your chair, and the other on your shoulder. You tense, and his nails seem to dig into your shoulder. His grip is strong, for someone who is presumably old and benevolent.

“Now, do you have any more questions for me?” His voice is deceptively innocent, and you say nothing, do nothing. His hand trails from your shoulder to the back of your neck, and you flinch, standing up. The Good Father stares at you, a grin on his face, and you don’t need to think twice before you bolt out of the office. You get back into the main cathedral and run for the door, throwing it open. You freeze in the doorway. The car is gone. How long had it been? You glance up at the night sky, and there are no stars. The moon is gone. The strange lighting outside seems to be coming from nowhere. There is a low humming, and you can’t locate the origin. Your eyes scan the trees, finding hundreds of crows sitting in their boughs. You think you spot something hanging from the trees, and your stomach churns when you realize what it is.

Bodies. Hundreds of bodies. Men, women and children, decayed and filled with rot, swing from the trees by bloodied rope tied around their hands. Crows sit on their bodies, picking at their flesh with sharp beaks. You hear a sniffle, a whimper, and with horror you realize that one of the young girls is still alive. She sobs, and sways back and forth as crows feast on her flesh. You want to do something, you want to run over and cut her down and run away with her as fast as possible. But you can’t. You are frozen in place, and all you can do is watch.

You feel a cold, lecherous hand on your side and you spin around, finding nothing there but the darkness. Cold light floods through one of the large, high stained-glass windows and illuminates the altar, where you see Father Penemue, standing as if poised to give a sermon. Though you cannot see his eyes, you know they are staring at you, curiously, maliciously. There is something off about him. He suddenly seems far taller than he was before, and the room feels far colder. You take a step towards him, much to your surprise, and the door creaks shut behind you. It feels as if tendrils of darkness curl around your legs, making you take another step.

“You forgot this, my dear,” he says, holding up your phone in a large, clawed hand. The recording app was still open, but no longer recording. The choral singing is back again, louder this time, and suddenly The Good Father is no longer dressed in priestly robes. A thin, cotton-gauze shawl covers his head, which has grown monstrous. His skirt drags along the floor as he – it – walks to the edge of the platform and steps down. The air seems to glitch – if that’s even possible, but at this point a lot seems possible – and suddenly two rotten wings are on its back, dripping a dark gooey fluid. It drops your phone, and you take another step towards it, then another. And then you are standing in front of it, craning your neck to look up at it. The creature towers over you, and an inky, gooey black hand caresses the side of your face. You can’t move, though you desperately want to. He grips your neck and lifts you up so he can look you in the eye, and a cold feeling washes over you. A dark substance, similar to what drips off of his rotten wings and clawed hands, stains your skin and begins to cover you entirely. Everything fades to black.

You barely have enough energy to open your eyes. The world sways around you as you gaze upon the cathedral. You hang by a single, bloodied rope around your hands, as if you were reaching for some god to save you. Next to you is the body of the girl from earlier, lifeless and exposed bone in some places. A crow lands on you, and you brace yourself for what you know will happen next.

The next day, Father Penemue greeted his masses like he always did. He smiled at them, promised them they would be saved. He preached about sanctity, about obedience. After the sermons, a teenage girl comes up to him. Father, she says, all of the missing people talked to you before they disappeared. And he gives her a long look, his eyes drifting up and down her body, lingering lecherously. And The Good Father invites her into his office.