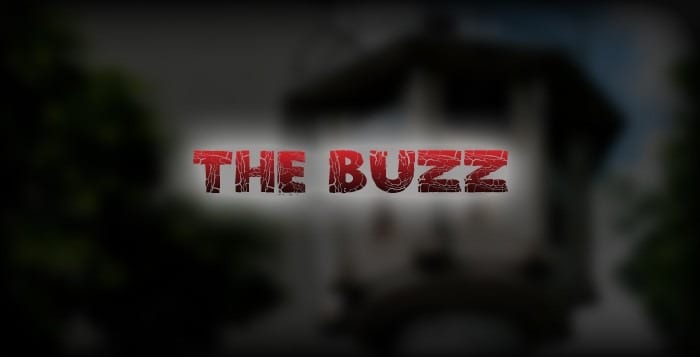 Posted at 13:55h in Strange and Unexplained by Creepypasta 8 Comments
Please wait...

After World War II, there were rumors of a weird occurrence that plagued Europe. Stories like this were buried and kept a secret to prevent a worldwide panic by the United Nations. Journals were frisked when a deployed individual was about to be sent home, and if they contained any information about the occurrence, the journal was confiscated. Not only that, but draft records of those involved were also terminated. However, not every journal was taken. While what happened is locked away in a vault never to be opened again, there are some documents that have been found that give a clue as to what they tried to hide. This is a story from Victor Jones, an American surgeon of the 4th Infantry Division.

It has been 4 years since my country had been brought into this war. 4 long, grueling years. And today is my birthday. Who would have thought that my time spent in medical school to become a surgeon would have brought me to this. Scenes of wounded men groaning in pain, piles of lifeless bodies all around, the smell of death and fear in the air. I and many other doctors hold the very key to their survival in my hands, which is a responsibility I would rather not have.

I don’t get much sleep anymore. It’s hard when they keep fighting at this rate. All I want is to go home and sleep in my warm bed. Not staring up at the ceiling waiting anxiously for another call, which is, might I add, what I am doing at this very moment. I have to try and sleep. We are going to be on the move again early tomorrow. I must be in top shape in case anything happens. I hope to God nothing goes wrong.

We just moved into the hospital and already I’ve had several patients come in for treatment. I envy the injured. Every time a soldier gets discharged due to being unable to fight, I secretly wish that were me. It would be a miracle to end all miracles.

One case was oddly peculiar. A soldier, who was the picture of health, came in. When I asked why he was here, he complained of a low, monotone buzzing in his ears. He told me that when he hears it, it makes his head itch like crazy. I asked if he heard it now and he said no. It only happens on the battlefield. I was tempted to write him off as being fatigued from the fighting, but I didn’t. Instead I told him to come back should the buzzing continue. He simply nodded to me and left to have supper. I’ve been thinking of that encounter the rest of the day. I don’t know what to make of it. It’s all too strange. Never before had a patient come to me about such a thing. Perhaps I was right in thinking that he was tired of this. Of all of this. He wouldn’t be the first and certainly not the last.

I was woken with such a startle just hours after my shift ended. Apparently something happened in the night that caused quite a stir throughout the whole infantry. A few of soldiers came in with minor injuries, but again the same one from earlier was with them.

I was told that he was not acting normally during supper and had retired early. Not long after he went into such a frenzy that had left everyone confused. He began screaming about the loud buzzing in his head and clawing madly at his person. It took 4 men to keep him from ripping his own face off. They explained that while this was his first outburst, they had suspected that something was not right with him. With pressure they finally convinced him to get checked out.

They asked if there was anything we could do for him, but we all admitted that we had no idea what was even going on with the man. No person in their right mind would go and do something like that. They agreed and I let them go after all was said and done.

I got pictures from my wife today. They were of our 1 year old son and our dog, Scotty. I miss them all so much and cannot wait to go back to them, whenever that may be. These days my family is the only thing that keeps me going. I wish to play in the park with my son and go to the theater again with my wife. She and I enjoy seeing the newest flicks. I’ve heard that the only thing playing now are movies about this damned war. Propaganda to keep the moral high and the enemy low. I’ve made up my mind that when this is all over with, that is the first thing I will do with my family. I imagine that everyone here are missing their families, lamenting about whether or not they will be able to see them again. Both enemies and allies alike. Is this all really worth it?

I had the man stay in the hospital overnight, so I could keep an eye on him. With permission from the higher ups I also kept him for the rest of today. He had no memory of the night before and was the pinnacle of health in the morning, walking about and eating like normal. The only complaint he had was a slight tingle just under his skin. I advised him not to scratch as that might produce undesirable results, such as infections. Because of this sudden jump of health, the soldier requested that he be allowed to go back out into the field tomorrow. I granted his request on the condition that he stay here for one more night, to prevent anything like last night from happening again.

After a long day of treating patients, I saw a very familiar face come in. It was the same soldier I had been monitoring, but this time he arrived on a stretcher, pale in the face and cold with death. I was shocked to see him this way, especially after yesterday. His 4 comrades came in with him and expressed a sorrowful confusion to us. The 5 of them were out on patrol when the man began griping about a terrible itch all over his body. Along with the itch came the cries about the maddening, loud buzzing filling his ears, his mind. It lasted for a mere few seconds before he stopped in his tracks and fell dead where he stood.

Of course I had a hard time believing it. I looked over the soldier’s body and found no signs of external injuries. No gunshot wounds or infection. So naturally I came to the conclusion that the source of his death was internal. An unseen rupture or hemorrhage. Something of that sort.

Never in my life did I expect such a horror to befall my eyes.

I prepared the table for the body to be set upon it. With a sharp scalpel, I performed the autopsy in hopes of finding the cause of the young man’s death. The moment I set the blade on his skin, shivers went up my spine. Something was wrong. I ignored this feeling and proceeded to make the cut.

A quiet hum filled the room and I made a glance around to see if anyone else noticed. Nobody moved.

I continued. The hum grew louder. Now the 4 soldiers were aware.

I continued. The hum grew louder still. Now the doctor a few tables over could hear it.

I continued. The hum now had an angry tone, as if a hive of bees were disturbed.

I continued. As I made my way to pulling the ribs apart, a small black beetle crawled onto my finger tip. I shook it off and another replaced it just as quickly

I continued. With my strength I was able to pry the ribs apart as the droning hum was unbearable. A huge cloud of flying insects erupted from within the man’s carcass, his intestines full of holes from where they feasted.

The whole hospital was screaming in terror as the dark, buzzing cloud covered the air. We all ran out. I hid far from the hospital in hopes that those bugs wouldn’t find me. I am ending this entry here. Whoever reads this, please, be aware of the buzzing in your head.

I had just woken up in a plane with several other people. In a panic I asked what was going on. “You are going home”, one of the soldiers said. Home. You have no idea of the relief that washed over me after hearing those words. I was going home to see my family again. I’ll be away from war, away from death.

I couldn’t find my original journal. I guess I misplaced it before we left. I am writing this on a piece of paper that one of the soldiers graciously allowed me to use. Oddly enough, I can’t remember how I got onto his plane. I have a bandage around my head, so I suppose that was the cause of my black out. I don’t know how I got it though.

Some of the people I was sitting by were huddled up, clearly traumatized. I quietly wondered what got them so riled up. We were going back to America. We were going home. I was smiling as I sat there. After a while I noticed a soft buzz in one of my ears. That buzz soon was in both of my ears, and before long, the top of my scalp started to tingle slightly. But I was so happy that I ignored it.

I was finally going home.