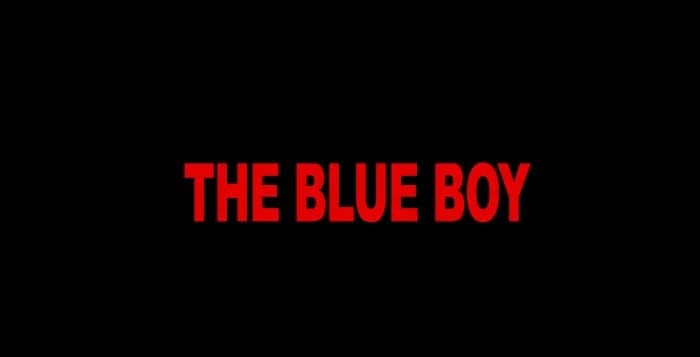 Posted at 00:50h in Deaths, Murders, and Disappearances by Creepypasta 0 Comments
Please wait...

“Zoey! Come here for a moment, won’t you?” shouts the gentle voice of my mother. I pull myself hesitantly away from the picture I’d been drawing, and, a pale hand resting softly on the banister, I made my way downstairs, footsteps silent. “Mama?” I call, wondering which room I would find her in. “In here, Zoey,” she responds from the kitchen. Still clutching a red crayon in my right hand, I push open the door to the kitchen. Warm air hit me, bringing with it the fresh smell of apple pie and cinnamon.

“Zoey, honey, this is our new neighbor. He lives just up the road,” she introduces me to a boy a little taller than me, clad in blue jeans, blue sneakers, and a blue flannel. Blue, so different from the red coloring crayon I still clutched. “His name is Zane, honey. Won’t you introduce yourself?” my mother urges, hopeful that I would soon have better company to keep than my worn teddy and a box of crayons.

“I’m Zoey,” I say blankly, locking eyes with Zane (unsurprisingly, his eyes are blue). He smiles a small smile, holding out a hand just as pale as mine. I stared at it, a thought coming to me just then; How had he gotten here? The nearest vacant house was about a mile away, which did actually make him our closest neighbor. As far as I knew, though, eight year olds didn’t walk for miles alone. At least, none that I knew, other than Zane. Hesitantly, I place my hand in his, and shake it. His smile seems to grow as I do this, but it still doesn’t beat my mother’s, which had spread quite so far that I feared her teeth would break.

She claps her hands together with a finality I hadn’t seen before, and has me sit next to him at the table to eat a slice of the pie I had smelled when I’d first come into the kitchen. He eats quietly, which I appreciate. Other boys at my school liked to chew with their mouths open, smacking their lips together and allowing slobber to dribble down their chins; Zane, though, didn’t let any of the disgusting slobber escape his mouth, as he chewed with both lips closed, quiet as a bug.

“You like red,” he says, as soon as my mother leaves the room. It was the first time I’d heard him speak. His voice was smooth, I note. Smooth as ivory. “And you like blue,” I reply as we settle back into a comfortable silence. When we are done eating, my mother ushers us upstairs, giving me instructions to show this blue-loving boy my toys. I obey, showing him my worn teddy, Lancelot, and my favorite box of crayons, and my toy chest of building blocks and other such toys. I showed him my puzzles, which were missing most of their pieces, too.

He picks up a blue crayon, the only crayon in the box that was unused. It was a sort of sacred thing, that blue crayon, for the simple fact that it was perfect, sharp, and new. “Can I draw?” He asks. I nod, and we both settle down in the little plastic chairs that lay pushed against the art table. He picks a clean, white sheet of paper from the stack in the middle of the table, and I take one as well. He draws with blue, I draw with red. Though neither of us said very much, I was content in the fact that Zane had quickly become a friend. I felt sad when it was time for him to go home.

I watch out the window as he walks down the road, turning away as he disappears behind the copse of trees at the edge of our property. My mother startles me, her cheerful voice loud after the silence that Zane had brought. “Oh, I just knew you two would get along!” She says happily. I think she was more excited over Zane coming by than I was, to be quite frank. “You two are so cute together. What did you draw?” She says, picking up the pictures that Zane had drawn with the perfect blue crayon. She smiles in delight at his picture, a drawing of me, all in blue. I, myself, had drawn him in red, despite his apparel.

“Oh, these are so precious! He’ll come back tomorrow, for sure.”

And he did. He came back that day, and the day after that, and they day after that. I don’t think I ever saw his house, or where he came from, as my vision was limited to the pesky trees. It came to a time when he’d earned the privilege of staying the night over. He came that day with a (blue) over-night bag, wearing blue pajamas that contrasted greatly to my own red pajamas. My mother even took pictures of us, standing side my side, arms slung over each other in a chummy way.

“You two can play outside for a while, but please, stay away from the well.”

We both agreed, and went outside. We abided by that one rule for the whole day, and when we sat down for supper our cheeks were rosy red from the cold; The only red I had ever seen on Zane. We ate greedily, nonetheless managing to maintain our table manners, and went upstairs to draw for a while before bed. Zane seems frustrated, excited, and can barely sit still at the drawing table. His restlessness affects me, as well, and finally I have to ask “Why are you so jumpy?”

I blink in confusion. “Why?” I ask. “Because it’ll be exciting! It’ll be so very exciting, wouldn’t it?” His smile is infectious, soothing away my worries, and soon we are on the stairs, and out the door. The cold grass tickles the soles of our feet, and our faces turn red once more. This does not stall our journey to the well, though, because we are young and excited, and in those few rebellious moments, we are invincible. Zane puts a finger to his lips, smiling.

“Tonight, we see the black water of the well in her full glory. She’ll reflect the very sky we stand under!” he says grandly. I stare at the well, which I had never paid very much attention to in past years, for the simple fact that my mother had forbidden it. “Do we push it, or pull it?” I mutter, referring to the wooden cover that concealed the inside of the well from view. “We push it.”

A scream rips through my throat as I reach for him, desperately clasping at his fingers. “Zane! Zane!! I screech desperately as his fingers pull away, the dark of the well dragging him further and further away, his terrified screams digging into my heart as they fade into the depths of the well we were supposed to be ruling.

My mother must have heard us, for one moment I am alone, and the next, she is pulling my terrified self away from the well that my best friend had just disappeared into. “Where’s Zane? Zoey, where’s Zane?!” She says, shaking me as I babble incoherently. I finally manage to piece together a sentence.

Her eyes widen in horror. The police are called. It takes days to retrieve Zane’s body from the well, and when I see his body, I laugh. I laugh at the cruel irony, irony given me by the sight of the boy who’d been blue in almost every way.

His skin was blue, now, too.