21 Jun A Talking Crow Taught Me to Fly

"A Talking Crow Taught Me to Fly"

Written by David Maloney (a.k.a. LifeIsStrangeMeToo)

Copyright Statement: Unless explicitly stated, all stories published on Creepypasta.com are the property of (and under copyright to) their respective authors, and may not be narrated or performed, adapted to film, television or audio mediums, republished in a print or electronic book, reposted on any other website, blog, or online platform, or otherwise monetized without the express written consent of its author(s).Looking for author contact information? If available, it will be featured at the conclusion of the story.

I used to look out the rusted iron bars of my window and dream about being a bird.

The chain that shackled me to my bed was just long enough to reach the windowsill, and so every night after my father would visit my room I would lie awake and wait for the first rays of light to creep over the horizon, then walk over to my window to listen to the morning’s first few notes of birdsong.

Their melodies were so beautiful, I knew that they must have been singing about places far away and wonderful, about sailing on the wind through endless blue skies, looking down at the treetops that dotted the land below.

Then, one morning as I lay in bed, something impossible happened. I had fallen asleep the night before, and would have missed my morning birdsong but for a tapping on my window. I rubbed the sleep out of my eyes and sat up to see a crow sitting outside on the sill, tapping my window with his beak.

I crept over to the window and smiled at the bird.

I stood there dumbfounded for a moment, not knowing what to say. Finally, after what seemed like an eternity, I forced myself to speak.

I pushed my window open a crack until it hit against the bars. The bird cocked its head in curiosity.

“You look rather thin,” replied the crow. “Would you like something to eat?”

My stomach gave a weak growl.

Without another word the crow took flight. A few minutes later he returned with a small branch of figs. The crow watched me as I greedily devoured the fruit. After I had finished he stared at me for a moment before speaking again.

“I didn’t know they put people in cages,” he said. “Do you think they mistook you for a bird?”

We whiled away the rest of that day talking. The crow told me all about what it was like to fly, how there was no better feeling in the world. He told me about the far away lands he had visited when he was a young bird and could still make the journey north with the changing of the seasons. Finally, evening came and the crow said that he had to go. The next morning he was back, however, with two more branches of figs.

I thanked him for his generosity, and we talked another day away. That day he even sang me a song. He didn’t have a voice for singing, but I thought his song was beautiful anyway.

We passed the entire fall that way, and the bird’s visits became the only bright spot in my life. He brought me not only figs, but cherries and walnuts too–anything small enough for him to carry.

Soon, however, winter came, and with it the frosts that destroyed the figs and cherries that the crow had used to bring me. His gifts became fewer and fewer, and I could tell from his tired voice that he was flying farther and farther away to get them.

One morning, when the first snows of winter had fallen, the crow asked me a question.

“What would you do to leave this place?” he asked, cocking his head to the side.

I thought for a moment, but I wasn’t sure how to answer. Finally, I told the truth.

“I would do anything to leave this place,” I said. “Anything at all.”

The crow solemnly nodded and said, “The frost isn’t the only thing that winter brings.”

He flapped his wings once and jumped from the windowsill, and I didn’t see him for three days. I began to fall into a deep depression. Every morning I would still listen to the birdsong, but it sounded forlorn and empty without my friend there to listen with me.

The morning after the third day my crow friend returned. It was so beautiful that day; the sun had come out from behind the clouds to melt the snow–one of the last green days before winter came in earnest. As the shadow passed over the valley in which we lived, I first mistook it for a storm cloud, but then I heard the sound. It was loud enough to crack the sky, but it wasn’t thunder–it was birds.

Thousands upon thousands of them descended on our house. A whirling storm of beating wings and shrieking caws, they crashed into the walls and windows, pecking at them with wild ferocity. The house shook under their assault, and their calls were so loud that I didn’t even hear the windows breaking.

They were not so loud, however, that I could not hear my father scream. It was over in a matter of minutes, and the key to my shackles slipped under the door. I rushed over and picked it up with trembling hands, sliding it into the metal cuff around my ankle and turning it.

The cuff came loose with a heavy click, and for the first time I was free.

The key to the door slipped under the jamb as well, and I opened the door to the rest of the house. The place had been all but destroyed. There was splintered wood and broken glass everywhere, and in the center of the living room was what remained of my father–a pile of bloodstained feathers.

The birds had all flown off, but Mr. Crow sat on top of the living room fireplace, regarding me with a curious look.

“Now you can fly free, little girl,” he said. “No more cages for you.”

“I am an old bird,” he said. “And my journey is coming to a close. But yours is just beginning.”

Mr. Crow flapped his wings and took flight, and I never saw him again. As I stepped out of the front door my bare feet touched the grass for the very first time, and I could smell the flowers on the breeze as it drifted over me.

At that moment, though my feet were firmly on the ground, my heart was soaring through endless blue sky, far above the world that I had left behind.

I still wake up every morning to hear the birds sing, and when the first few notes break the silence of the early dawn, I think of Mr. Crow and smile.

Copyright Statement: Unless explicitly stated, all stories published on Creepypasta.com are the property of (and under copyright to) their respective authors, and may not be narrated or performed, adapted to film, television or audio mediums, republished in a print or electronic book, reposted on any other website, blog, or online platform, or otherwise monetized without the express written consent of its author(s). 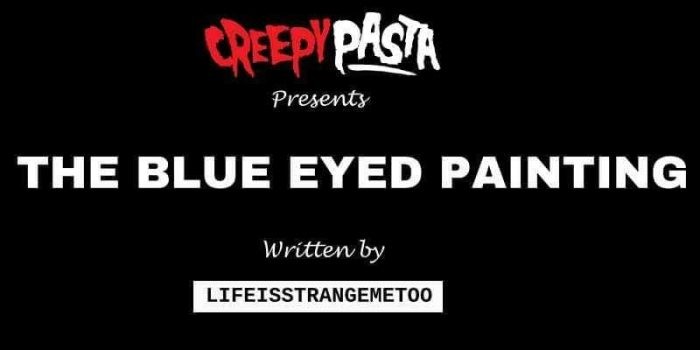 When the Halloween Decorations Start Bleeding

"Am I going to be charged with murder?" The detective sighed, and did not answer. His eyes were tired, haunted. "Just help us get ...
Read Now

Satan Offered Me a Job

It seemed like just an ordinary box. The wood was old and weathered, the fastenings were heavy brass, and the lid was inlaid with ...
Read Now