The west side bank has three exits, thirty windows and nineteen air vents. And when I arrived at the scene, there were thirteen people being held captive by a man with a vendetta.

“How bad are things?” I asked the officer in charge. So far no one had been hurt. But I knew that would change quickly if I didn’t start talking to the terrorist.

The task force is small. Stuff like this doesn’t happen every day to them. I can tell they are scared.

I sat down. Placed the headpiece on and turned on the mic to chat with a psychopath.

“To whom am I speaking?” My voice was calm and firm. I wanted to show that I was ready to talk as long as necessary.

The line was quiet for a moment and then a voice repeated my question word for word.

It was a man’s voice. He sounded older. There was a nervous and emotional edge to the way he spoke. He was unsure about how this was going to play out.

“Have you done this for long, Special Agent Dennis Lassiter?” he quipped. There was a bit more confidence in his voice this time.

“Seven years. How about you?” I wanted to show this son of a bitch I was ready to tangle.

“No. Never. But there’s a first time for everything isn’t there?”

“There doesn’t have to be. After all, we’re talking right now just fine. So I think we can come to some sort of agreement,” I told him. This was basic procedure. Actively listen. Find out what the kidnapper wanted.

There was a longer pause.

That took me by surprise.

I hadn’t heard from Kristin in a while. Things had become strained.

“Divorced. You?” I kept my voice steady. I wanted him to get comfortable with me.

Now we were getting somewhere.

“That sounds difficult. Stressful. I can imagine it would only make sense for you to do what you are doing.”

I needed to build rapport. Get him to trust me.

“Everything fell into place when Michael died,” he explained. From the way his voice cracked I could tell that had to be his son.

“Five. It was a car accident that took him from me. After that.. life just had no meaning anymore. I’ve… I’ve always wanted a son.”

He was in pain, and I understood it. “It sounds like you’ve been planning this for quite a while now.”

“Four years. But it was mostly a waiting game. Because I remembered every single detail. Just had to make it count, make it work.” Now he was rambling. I tried to steer him back on course.

“We can make things go your way. Everyone can walk away from this alive.”

“If I play my cards right, yeah. I know how this works.”

I relaxed a little. He was calming down.

“I know that you think this will somehow balance out all the pain that you have had to go through in your life, but it won’t. It won’t bring Michael back.”

Another very long pause. He was thinking over what to do.

“What if I told you it could?”

This time it was my turn to hesitate. I didn’t know how to respond to that.

“If it could bring back someone I love, do you think it would be worth it?”

I swallowed. His speech had conviction. He believed what he was saying could be true.

“Yeah. Sure. Of course. It would be a miracle.”

“A once in a lifetime shot to change things. Anyone would take that risk, right?”

Now his voice was shaky again. He needed to convince me.

“There must be another way,” I told him softly.

“None that I can see. Trust me, I’ve tried. I’ve thought long and hard about this moment for years, Dennis. To think of a way out. There isn’t.”

“But you have to succeed. So tell me what you need. We can make it happen.” He was slipping. Pulling away. Losing that connection. I needed to reinforce that I was his only shot.

That struck me as an odd thing to say. But I tried to stay in tune with what he was getting at.

“Okay, sure. I can do whatever you need. Just say the word.”

“You’re going to want to write this down, Dennis.”

I shuffled and found one.

“Tomorrow morning you’re going to go down to the coffee shop like you always do. You’re going to order your favorite brand of mocha and talk about the weather to the cute barista. Her name is Lucy. You have made small talk before. She’s going to ask you if you have the time. You have to tell her no, Dennis. You have to get up, walk away and leave immediately.”

I felt a nervous sense of unease in the back of my head. How did he know so much about my daily routine?

I did, even if I didn’t understand why I was doing so.

“Dennis… one other thing.”

I was hanging on his words, trying to figure this man out. Everything about the conversation had changed in less than a few seconds.

“Tell Kristin you love her.”

My mouth went dry. I heard the discharge of a gun. The SWAT team immediately moved in.

I stood up, my palms sweaty. I raced to the front entrance of the bank. The hostages were running out, shrieking and crying as they embraced family. Media swarmed to try and get a glimpse of the killer. But the bullet had been precise. He had blown his face completely off.

I stood there looking over his bloody body, confused and frightened by his words. I looked down at his index finger, saw a familiar scarring on it, and felt a shiver run down my spine. I had a scar there as well. From my second tour in Afghanistan. And a tattoo right next to it of the day it happened. They were the same.

I left the scene immediately, nerves shot and confused. This had to be an elaborate hoax.

But still the next morning I did exactly as instructed. To the letter. Even that damned lotto number. A few moments later the cashier congratulated me. I had won the scratch-off.

“What are the odds?” the cashier said excitedly. Astronomical, I realized. A once in a lifetime miracle. As I stood there and gazed at the ticket, something flashed before my eyes.

Another life. A life I didn’t live. I saw myself talking more to the barista. Dating her. Telling her I wanted to marry her. The life was good. We had a son. We were happy. Then it was dashed to pieces. I saw the crash that took his life. The glass impaled his young body against the side as the vehicle was crushed. I saw my wife spiral into depression and then take her own life. Slicing her wrists in the bathroom and waiting for me to find her cold and alone.

I saw the impossible abyss about to swallow me whole. Take me under until it never stopped strangling every last ounce of hope from my body.

And then the moment was gone. I was back in the cashier’s stand and staring at the ticket again.

I took out my phone and called the officer in charge. “Hey, Chief, sorry to bother you. But did you get an ID back on that body?”

“Body? What are you talking about?”

“The heist. What happened to the kidnapper?”

“…I… am not sure what you are talking about. What heist?”

My mouth went dry. I felt my phone vibrate. Another call was coming in.

“Lassiter… is everything okay?”

I checked the caller ID. It was Kristin.

Tears welled up in my eyes.

“Yes… yes, Everything is fine.”

Each and every day, first responders are thrown into situations most of us can barely comprehend. These brave souls are pushed to limits far beyond the average imagination, be it physically, emotionally or something…else…

With 40 terrifying tales from 31 authors, join the heroic men and women of those professions and more as they attempt to rise above the darkness…and avoid having the last sounds they ever hear be… 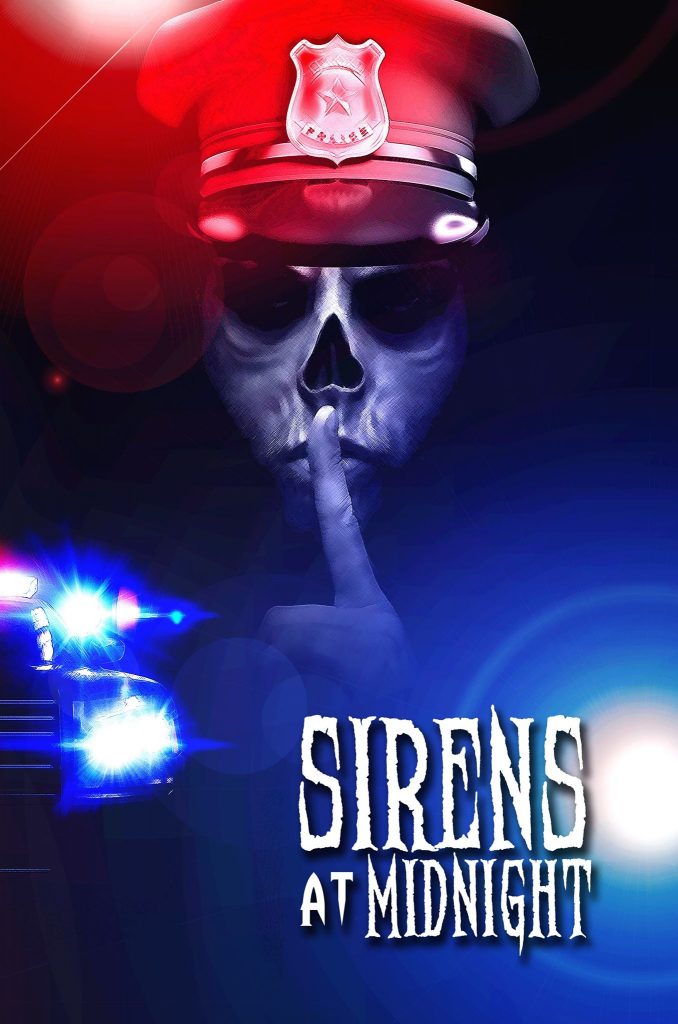