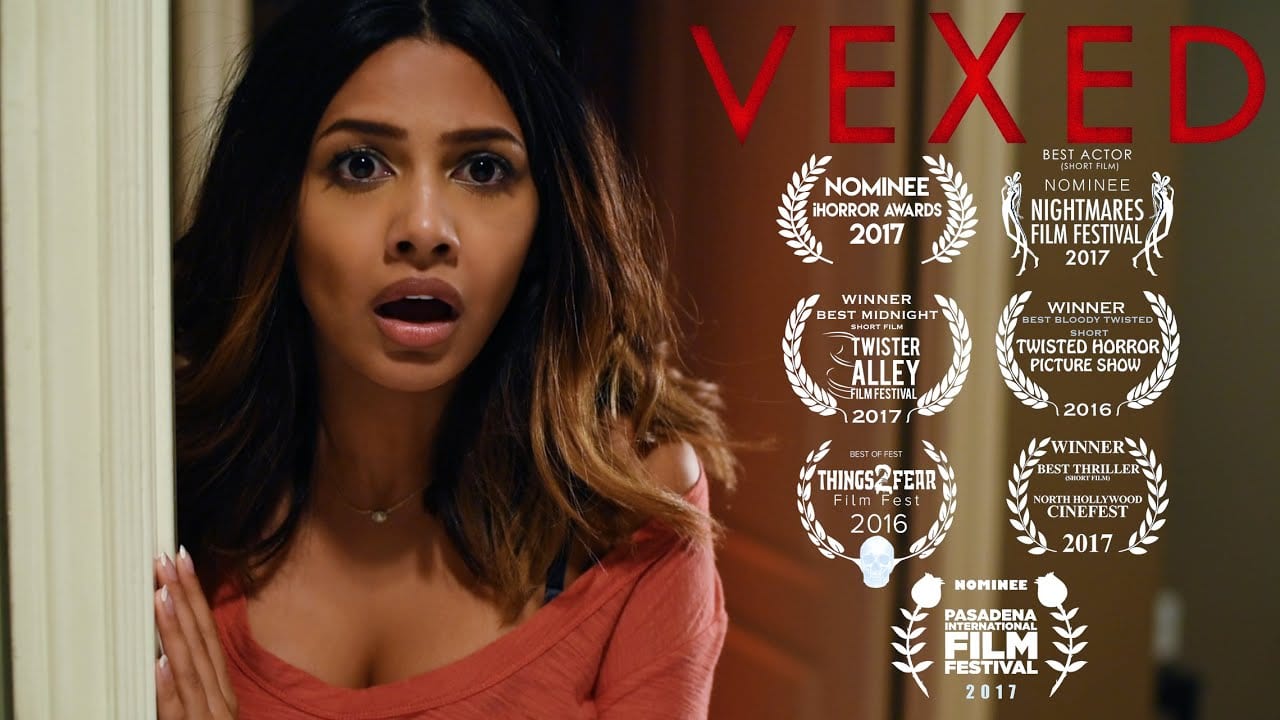 Hmm what did you think
It was good
Are you on Instagram. No.
Yes, you are. I was just checking it. You weren’t even watching, were you?
It’s not like I haven’t seen this before. What are you talking about?
A group of unnaturally good-looking high school students getting stalked and murdered in the woods by serial killer?
It’s not always in the woods. Sometimes. It’s in a house or in a creepy Hospital.
I knew the entire plot of the movie just by reading the title. That’s not true.
Blood Summer 4, beach vacation Massacre. Okay.
So you don’t like slash shirts. How about any other horror movies?
Hmm. Let’s see
Haunted houses, demon possessions, or zombie apocalypses, that’s about it, right? How can you not like horror movies?
It’s not that I don’t like them, they just don’t scare me. Uh, The Shining?
Mmm…too many hallways. A Nightmare on Elm Street? I’ve had nightmares that are scarier. The Exorcist?
I haven’t watched it all the way through but the crucifix scene was pretty hot, right?
Ew, gross.
Not as hot as you
Well next time maybe we can watch one of your silly Seth Rogen movies
Hey, do you know how hard it is to be funny?
Judd Apatow is a genius
Comedic timing is everything.
It’s a lot harder than running around screaming being chased by some mouth-breather with a steak knife.
You know what I mean?
Don’t be mad at me. Well, yeah, you know, I love watching your little horror movies
it’s just…
They don’t scare me.
I’ve seen a million of these movies and I just end up laughing more than anything. I want to be scared
It’s the whole point right? The point about what?
Are you okay?
How did you…? What?
Nothing. Okay…
*Clock ticking*
*Clock Stops*
*Strange Noise*
“Strange Noise*
Leah…
Leah
Leah, wake up.
Nick, I swear to god. I heard something. What? Shh! I heard a noise.
What kind of noise? Shh!
*softly* What kind of noise?
I don’t hear anything.
*Loud noise*
What is that? I don’t know.
Go check. I’m not gonna go check, you go check.
Nick.
Nick!
Okay, okay
*strange noise from kitchen*
Get that chair, hurry, quick! Who are they? What do they want? What do you want!?
Leah!, Calm down, okay?
What do we do?
Get my phone call the cops. All right
It’s not working. What? Your password, it’s not working!
Oh, I changed it, It’s 5221.
What? 5 2 2 1!
No, I heard you but why did you change your password?
Leah we don’t have time for this, just call the cops!
*muffled scream*
Leah!
Leah!!
Leah! Leah!!
*door creaks open*
Leah?!
No, no, no
Whoa, whoa, whoa there!
Where are they?! Who?
You were asleep, you were dreaming!
What oh
Did you have a nightmare?
We already did this and we went to bed in there
There’s these people but they weren’t people they had these weird blank faces and they took you you disappeared. Oh
I
Felt so real
Nick baby, it’s okay. You were dreaming god never seemed so scared
Well, maybe next time you won’t fall asleep during a horror movie
Stupid
Leigha
Nik
Hello
Oh
Yeah
Leo what’s going on? What is this? What’s happening my god, I don’t know you gotta help me. Okay
I don’t know what’s going on, please