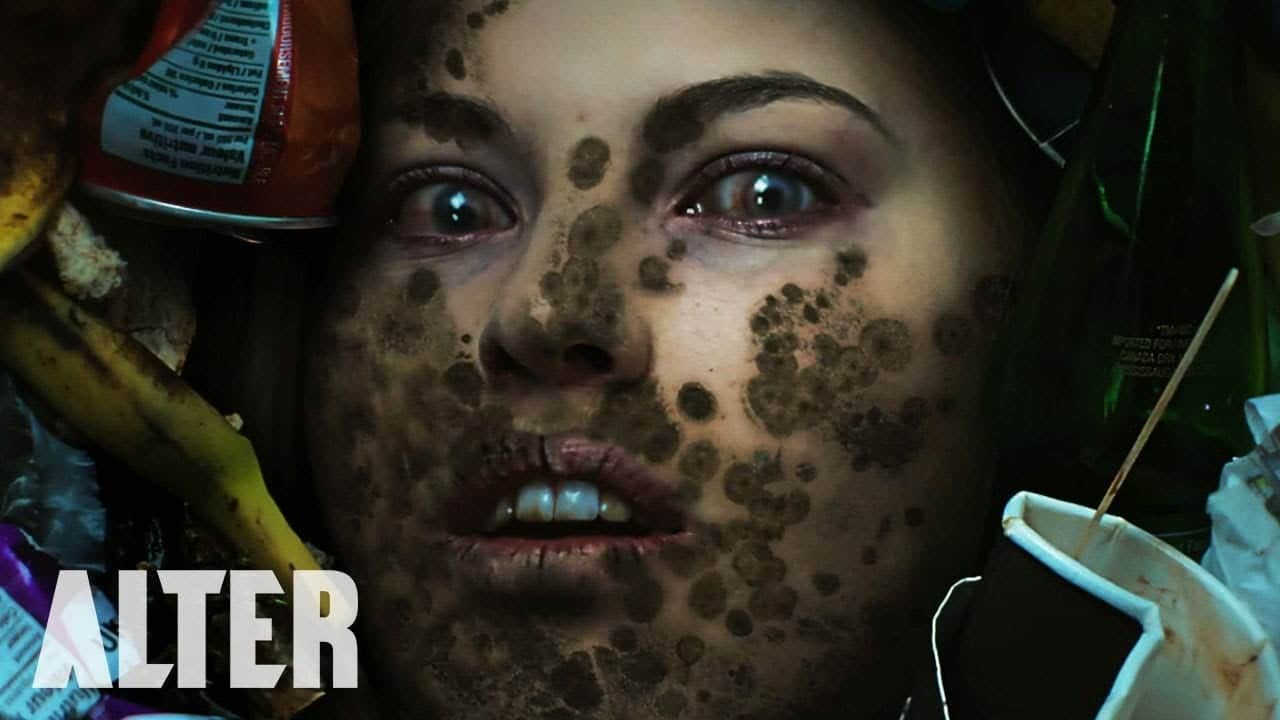 Enraged by an unseemly love affair between her best friend and a teacher, a student carelessly awakens a wraith that feeds on its victims’ most shameful regrets.

The most provocative minds in horror bring you two new short films every week exploring the human condition through warped and uncanny perspectives.

How much longer am I gonna be here?
Well, since the time that I wasted with
you two in the principal’s office was supposed to be spent grading papers,
maybe that’s how much longer you owe me.
That, or until you two want to tell me what
this is all about?
Ask her! She’s the one that rushed me while I was standing in
front of the class calling me a cunt.
Excuse me.
Reading from a report which not only needs a spellcheck but was directed
squarely at Clover Lang here.
Look, if she took what I wrote personally that’s her problem.
And mine is that you’re using class time to threaten somebody with the
wrath of some bargain bin local ghost. Made up of the hands of the missionary
settlers that slaughtered while they were in prayer.
Okay, look, I know that you
students think us teachers are uptight and preachy and all thou shalt not but
it wasn’t that long ago that we were right where you are. And some of us care
enough to keep our ear to the ground.
We hear what’s being said, Malory.
Well you can’t control who you fall in love with.
Isn’t that right?
And look, I get it. You don’t take what I wrote seriously because you’re new here.
But the story’s been around forever but it all starts by seeing things from the
corner of your eye. Things you’re ashamed of and would do anything to forget.
But you can’t stop them. That’s Rue, haunting you.
Festering you for slaughter.
And when it finally comes, you can’t scream.
Nothing comes out your mouth. It’s like in a nightmare, you can’t scream.
But yeah, you’re right. The lot say it’s just some stupid
story people tell around the campfire. But you didn’t get to hear my conclusion
before I was punched in the face. Whether or not it’s true, Rue is guilt.
And that, I know for sure is real.
Look, don’t let her get to you, okay? She’s just messing with your head because
she’s angry. Because she likes you more than a friend
should and you’re not willing to reciprocate that.
Alright, she’s the one
that should be feeling guilty. She’s the one that this ghost would be after.
Nothing bad is going to happen just because you regret things.
But I need to know, what did you tell her?
I love you.
*whispers: Why’d you do this?*
Why?
Hey.
Hey.
What’s going on?
Why’d you do this?