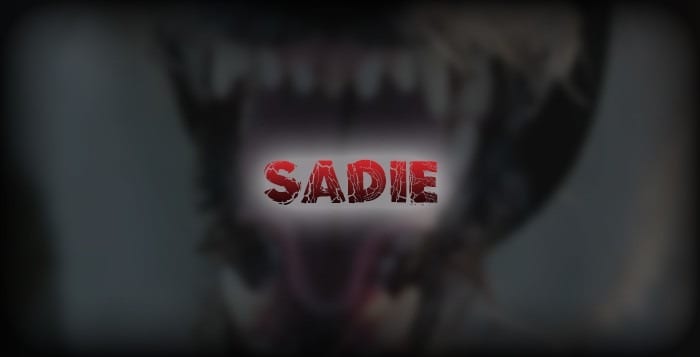 Posted at 13:00h in Strange and Unexplained by Creepypasta 11 Comments
Please wait...

I am fully aware of how unbelievable the events I am about to describe to you are. From your point of view I would not believe them either. I would think of them as a work of fiction from that of a creative mind, but knowing what I have seen, I can arrive at no other conclusion. Think of me how you wish, insane or otherwise. All I ask is that you listen. The words I am now writing will probably be my last, for I believe I may have stumbled upon knowledge, either unknown to the world or kept a secret by those who have known the horror I have experienced, that will lead me to a most undesirable fate.

I have always known I would be a writer. The encouragement of my wonderful mother encouraged me to pursue it. I was born a single child to a single mother; my imagination was my only solace during those times of childhood loneliness. Those experiences however, were the seed that sprouted my love for writing. About two years ago after graduating, I moved out west like I had always planned. I landed in suburban Colorado; my few releases were selling well enough to support me for the foreseeable future, but I knew I had to get some work done if I wanted to survive. As I began to settle into my new surroundings, the loneliness I mentioned before began to take hold of me once again. I’ve never been a ladies man, so my chances of finding a girlfriend in this small town populated with mostly tourists and retired couples, looked unmistakably bleak. So, seeing no alternative, I moved down the pedestal to the next best thing.

I found Sadie in the local dog shelter. She was a mangy mess of long golden fur, and mud caked her paws and ears. Her piercing gaze never left me as I perused the scruffy animals in each cage. I continued to think about her even after my back was turned. I could feel her eyes on me all the time. As I made my way to her cage, I stared in amazement at the extreme intelligence I could see behind her brown unblinking eyes. After a couple minutes into our staring competition, her pink tongue slid out over her teeth, and her tail began wagging. I knew I had to keep her. Our connection was instantaneous and deeper than I can describe.

Over the next couple months, Sadie’s true intelligence turned from impressive, to astonishing, and from astonishing, to disturbing. She would pace around the house at night, tables and household objects would be moved or tampered with. Some nights, she would stare at me from the wooden frame of my doorway. Her small silhouette the only thing visible against the bathroom light, but somehow I knew her eyes were fixed in mine. After my mind had had enough, I began locking my room at night to block the view of her piercing eyes.

That was when my troubles began. Small tapping noises like the tapping of nails on the linoleum floor. After a few nights of delicately studying the rhythm of the noises, to my horror, I realized they could not be the footsteps of a canine. There was a person, walking around in my house and there had been for days. With shaking hands, I pulled myself out from under my blankets. I tiptoed as quietly as I could to my closet, retrieving a metal baseball bat. I crept as quietly as possible on the creaking carpet. As my shivering hands grasped the cold doorknob I turned it slowly. I swung open the door, but Sadie wasn’t there. I breathed a sigh of relief, and slowly made my way down the stairs.

Cool beads of sweat ran down my temple, tickling my cheeks. My hands tightened around the cold metal as the tapping continued. When I finally reached the bottom of the staircase, I turned my head around to face the kitchen as the footsteps continued. I tiptoed down the corridor to the kitchen. I laid the bat down on my right shoulder, and with careful and delicate movements, I peeked my head around the corner. My eyes widened and covered my mouth to withhold my scream. Before my bewildered eyes, I saw her. Her golden long hairy body was slouched over, her front legs curled like a giant praying mantis. Sadie was walking on two feet. I was frozen in fear, unable to move or tear my eyes away from this horrific scene. Her mouth and snout burled and curled as she let out terrible grunts. It sounded like a man who was trying to speak while being strangled. Her sharp teeth flashed in the candlelight.

I shut my eyes and shivered, too scared to move a muscle. Suddenly, a loud boom of metal against wood resounded throughout the quiet house. Without thinking the bat had loosed itself from my sweating hands and fell to the ground. My eyes darted back to Sadie to see her what she would do. Her head turned, her eyes behind a tangled mop of hair peered to the hallway opening, she immediately dropped back on all fours, tail wagging. I ran back to my room, not caring what noise I made. I quickly shut the door and locked it, then locked myself in my bathroom for good measure. I sobbed as I heard scratching at my bedroom door. I slept in the bathtub all night and the next day, too scared to leave. After many hours and knowing I couldn’t stay there indefinitely, I slowly unlocked the bathroom door.

I crept quietly down the stairs once again, trying my best not make a noise. I never wanted to see her again; I knew I would never forget her stare as long as I lived. I crept to the kitchen again, to make a break for the front door. I sighed as I realized she wasn’t in the kitchen. I ran to the front door and I scrambled to unlock it. Suddenly behind me I heard a low snarl. My head slowly turned around. To my absolute horror, she was standing in the doorway, licking her long jagged teeth. Her face jittered and convulsed. She began to speak once again.

My shaking hands tried to turn the lock, but she was too fast. In an instant she was on top of me, her long jagged teeth sunk deep into my forearm. The pain was indescribable, sending shockwaves up my arm and into my body. I began to sob as she tore flesh from my arm, growling and snarling. Blood flew from her foaming mouth as she dug deeper. Out of fear and desperation, I began to dig at her left eye. I dug and scratched, blood pouring from the wound onto my fingers like a fountain. It felt squishy and wet like digging into a cup of watery Jell-O. I pulled it out and threw it away onto the wood floor. She let go, staggered back, moaning and howling in pain. I staggered back to the hallway, retrieving my bat. Blood covered the floor and my hands. With tears filling my eyes, I began laying blows down onto her head. With each blow her howls became quieter. Teeth, flesh and blood, sprayed from the tattered corpse until all that remain of her head was a scattered mushy pile of teeth and flesh. I dropped to my knees and sobbed bitterly on the floor for what seemed like hours.

It was hours before I called an ambulance. I spent a week in the hospital. I never told the doctors the truth about how I got the injury because they would only laugh. I merely told them my dog bit me. They encouraged me to receive a shot for rabies, I complied.

I can say until I’m blue in the face how true this story is, but that won’t convince you. I’m telling this story not to relieve my soul of the burden of my tale but to simply share the truth. I will carry this horror and all its unanswered questions for the rest of my life. I still don’t know all the facts and I know that thirst for answers will never be quenched. However, I do know one thing. Ever since it happened, all the dogs I’ve seen… won’t stop staring.