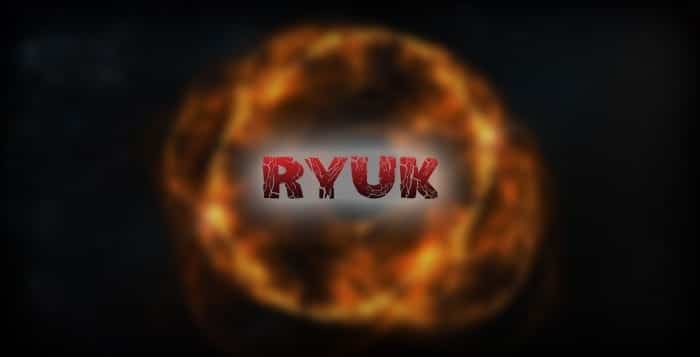 Posted at 12:04h in Strange and Unexplained by Creepypasta 7 Comments
Please wait...

The universe as we know it is understood by the various laws of physics and our understanding changes gradually as time goes on. Understandings change when there is new evidence or theories being confirmed. This is the universe we live in. It’s largely theorized that there may be other universes in existence with different laws of physics.

Perhaps there’s a handful of different universes, an infinite amount of universes, or only just a single universe. I am largely in the camp that thinks there are multiple universes. I’ve been questioned many times as to why I believe in such a thing. The answer is clear. I’ve witnessed something that mankind will never grasp an understanding of and probably never will.

You see, I’ve been a physicist at an early age testing theories and setting forth new theories. My work led me to more questions than answers which is the nature of science. My work involved black hole research and this is largely a vast area of research that may never have experimental data on… until I discovered how.

My work was academic at first, but it led me to work at a new and improved facility to further study the beginning of the universe. It’s unlike the large Hedron collider in that it’s highly top secret and has been built with secret funding from many countries.

At first, there was minor breakthroughs. Sometimes we measured particle behavior and other times we measured what we thought could have been antimatter. It was an improvement from current research out there. Whatever we studied would be placed into the public sphere, hopefully, whenever the time came to reveal this data.

However, there came a day when researchers including myself grew frustrated when our research goals were unmet and our data wasn’t significant. We pressed through such a frustrating period and then something remarkable happened.

Time after time we smashed incredibly small particles together to study what would happen and if this was similar to beginning of the universe. We must have done this process countless times and nothing new occurred… until it finally did.

We prepped for yet another collision and the countdown began. The particles smashed together and the data came in. Many sensors went off and this was unlike what always happened. We all looked at the data and finally became highly significant information regarding the beginnings of time itself. Two particles smashed together and created a black hole, which was not as as small as the particles but twice the magnitude larger. Normally this black hole should vanish as it was unstable to support itself. Sensors in this facility would not shut off. Something clearly went wrong… yet went the way it should have.

We had the ability to monitor the black hole and as we looked in our monitors we saw radiation imaging of the hole, void of light, stay strong and supporting itself. Somehow we created a small black hole which was remarkable yet somewhat terrifying. We didn’t expect for it to support itself since it would, in theory, vanish and would be left to dissipate. Instead, it stayed only to have us gaze in pure amazement and aw.

We were told to smash particles into it to further study what would happen. This would show definitively more proof of current theories. We didn’t hesitate and just did what were were told. Two particles smashed into this almost void and were quickly grasped into the black hole. We measured radiation output and it largely supported current theories. Remarkable… we had thought.

The hole grew larger. Not significantly larger but larger nonetheless. It still stayed open. We were all speechless and could not think of how to stop this thing from being in existence. Perhaps it would soon disappear and vanish, we all pondered. Most of the theoretical models came to the conclusion that this hole would not be stable enough to maintain itself.

Much to our surprise days passed and this black hole still stayed open. We grew increasingly anxious at what we created and when it would ever vanish or how we could make go away. It shouldn’t stay open for more reasons than one, and one reason was dangerous radiation build up.

More scientists were eventually conferenced online, as well as flown in, to go over any explanations of what happened. We all remained flabbergasted. It was a remarkable breakthrough, but possibly dangerous in the long scheme of things.

We continued to monitor this thing and then something happened. Something even more remarkable. Light poured out of the black hole. Yet, where did this light come from? Wherever it did originate from it was even more intriguing. More questions than answers were brought up.

Needless to say our jaws dropped in amazement. Yet, no sooner as this odd anomaly happened something even more strange occurred. The light still came out of the black hole but coalesced into a ball. The black hole then had vanished like it originally was supposed to. What was left was the ball of light which changed into different colors in a smooth and fluid like way. I couldn’t contain myself and I just wanted this whole thing to end so I could start analyzing data to show the world. I had so much excitement and I thought I would pass out. I then bolted up from my seat and exclaimed loudly “We’ve got to try and measure this with all the sensors we have! This is too much data to collect! We need to measure as much as we can now!”

What happened next was something out of this world… or universe.

Right then, when I shouted from my nonsensical excitement, I saw a flash a light in front of me as if the ball of light went through the monitor. Next thing I saw was my living room as I sat on my couch just staring blankly in front of me most confused. Did I… did I dream everything? No, I knew I didn’t dream all of it. I still had my ID from the research facility and what I was wearing and I was indeed wearing what I last remembered. Scanning the room it seemed like everything was how I left it before I left to the research facility. I checked the time and date and it was indeed the time I last remembered being in that research facility in awe at this whole experiment. How did I get in my living room? Confused at the situation I called the direct number, only known to a select few, in the facility I was just at. One of my colleagues answered the phone. I tried to then explain this odd situation and what exactly happened.

Maybe I had blacked out and they brought me home? No… no it wasn’t the case. This colleague of mine wanted to know who was speaking to him. It seemed he was just as confused as I was. I explained everything and what had happened. However, I was informed this never happened. In fact, nobody knew of me there. All the work I had there was seemingly nonexistent. The facility was just working on similar work as other facilities. No black holes, no true work to discover the beginnings of the universe… just routine and run of the mill research. Needless to say I apologized and hung up the phone.

What was more curious was all my life’s work, such as notes and files were still at home. I browsed through my work and everything was still there how it was last left. Even part of the work I had done at the facility was there including the black hole research. How could this be? I obviously had to have been there to do the this research because the data can’t be arbitrarily made up. Just then I had felt an odd sensation deep within myself. I could not pin point where it was coming from until I saw a glow near my chest. This light was quite the same as the light from the facility I was at.

I thought I was losing my mind. Yet, this odd sensation ceased and all I remembered from then on was flashes of light and memories which were not mine. How can this be explained by modern physics? The memories were from different people from the past. Some memories seemed to be from historical figures such as past Kings and Queens of various nations. Some came from average people. Other memories weren’t even human. I must have experienced an unfathomable amount of different memories. There’s almost no way to describe everything I experienced.

What I can say is that the light may be something that transcends time, space, and our general understanding of the universe. Some say our universe is the only one and others say there’s many. For me, I only see everything and anything in existence past to present. Maybe I’ve experienced and witnessed things from multiple universes, but one thing I know to be true is that it seemed like all memories of me in this world were wiped clean. Like I never existed. I thought that perhaps I ended up in a different universe where I wasn’t a researcher which would explain how my scientific background and work is unknown or nonexistent. Still, the ID badge as well as everything else in my house was exactly how I remembered. Should I tell the world of my life? Should this even be shared to the world? I feared the possibilities of my work being known when I could be a laughing stock or even have this whole perplexing situation happen all over again.

It is now many years later and I no longer feel anything other than despair. I know mostly everything about anything yet I’m unaware what I am now. The light seemed to keep letting me experience more and more memories. Slowly I started to notice I was ignored by a few people I tried to converse with. Then it was like I wasn’t even present or seen by anyone. I tried interacting with everyone and everything but it was like I was nothing more than a ghost. Oddly enough, my life’s work seemed to vanish and I was unable to do anything about it. It’s like I was ethereal seeing everything happen and time passing and not being able to do anything but witness the past, present and welcome the future. However, this is not what brings me anguish. My misery stems from pondering where this light came from and not being able to figure it out. Where exactly this light originated from is perplexing and I may never figure it out nor will humanity for that matter. Perhaps all my work led me to something that doesn’t need to be discovered.

My advice to anyone and everyone… be careful of what you’re willing to discover about the unknown. Sometimes the unknown has a way of looking back at you.