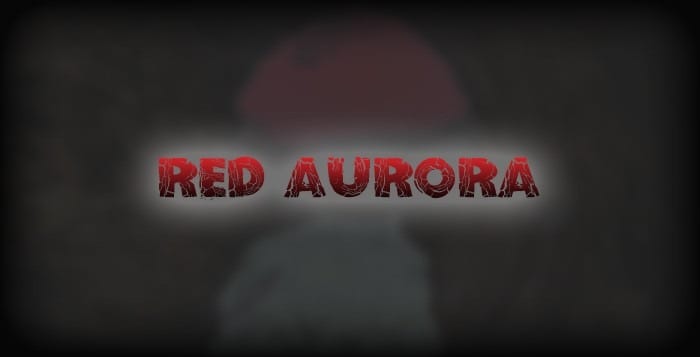 Posted at 11:41h in Beings and Entities by Creepypasta 5 Comments
Please wait...

I have never learned if those creatures have a name. It has always been just “they”. I first learned of them when I was very young and lived in a warmer place, that now I can barely remember. From what I can recall, it was because of them, that we had to move, though I didn’t even see one until much later.

My parents took me to live in the mountains. “It will be safer” they said and, for a long time, it was. We made our new home in the woods, high up the slope. Firewood was plentiful and my father was a hunter, so we had fur pelts and never lacked for food or warmth. My mother was a painter and I guess I took after her. Soon, our home was full of paintings, depicting scenes of my father’s hunting trips, of which he often bragged.

The land itself has been abound with things an artist’s soul yearned to capture, for though frigid, it was beautiful place, still is. An evergreen forest has coated our mountain and a ring of austere, black and white peaks have formed a jagged horizon. Further, towards the great ice caps, a vast tundrahas been stretching out in a sea of reddish and brown hued grass. Wondrous green lights often graced the sky with their flowing dance. Father hunted and kept the storytelling tradition alive, while mother foraged and painted. We managed to settle into a rugged, sometimes lonely, yet ultimately satisfying existence.

It didn’t last. “They” came to haunt us once again. Questions are still gnawing at me: Did they come after us? Were they somehow drawn to us or was it just by chance?

We learned of their arrival when my father didn’t return from one of his outings. My mother went looking for him and as she came back, she breathlessly told me that she spotted them, prowling amongst the trees. I never saw my father again. We laid low for a while, holed up at home, terrified, hoping the creatures won’t track us down, that they would simply go away. But then food began to run out. We had to start taking risks.

My parents had chosen this place for its remoteness, there was no one else around to turn to. So mother took me with her to hunt and forage. She was too afraid to leave me alone, in case they ever found our place. We fished in streams and even went down the mountainside to a greener valley for berries. It was during one of those excursions that I saw them for the first time. Just two of them, covered with shaggy fur and hunched, they were creeping low to the ground. I’m pretty sure they saw us too, but kept their distance. We backed away and covered our tracks on the way home, fearfully looking over our shoulders. Not much later, from our high vantage point, we saw movement below. They came out in great numbers, scurrying among the trees like a swarmof insects in the underbrush. They didn’t find us, at least not yet.

Since then I couldn’t get much sleep, waking up from frenzied nightmares of invading monsters and expecting them to do so in the waking world. Mother rested even less, insisting on keeping vigil. In the end, it was just what doomed her, as one day the daze of fatigue made us unwary. The creatures were waiting for us, hidden in the snow. They came as a horde, bellowing madly. My mother screamed for me to run and I did. A crushing feeling of despair, stronger even than fear, overcame me as I realized she wasn’t closely following at all. Looking back, I could no longer see her, but I hesitated long enough for the monsters to start catching up with me. In mindless panic, I fled. With tears blinding me I nearly lost my way and had to double back to a stream in order to cut off the trail of my footprints. My parents were gone, but their teachings weren’t.

They’re gone – the thought filled me with sorrow and sapped my will to go on. I barely had the strength to get a fire going in order to save my freezing feet. Collapsing and curling into a ball I wept, soon trailing off into a shallow sleep. In the following days I despondently went through the motions of everyday survival. Instinct alone kept me going, but fear poisoned every waking moment as well as my sleep. Worse yet was the incessant gnawing of guilt – for what I then saw as cowardice. Maybe it was better to stay with my mother and meet my fate? It drove me to the point where, unable to face those creatures, I walked instead into the open tundra intending to freeze to death. What made me turn back were the dancing lights over the glacier. Strangely, that night they took on a red hue, instead of usual green. This moment of unique beauty swayed me not to give up just yet. Be it by blind fate or by supernatural intention, the dancing red light turned out to be an omen.

As I was laying down to sleep by the fire that night, my dejected negligence in covering my tracks led to nightmares becoming reality. They have found me. Only three in number, but no less terrible. Up close, they were even more horrifying: shorter, but more massive than me while from beneath all the fur gaped faces hideous beyond words, with weirdly protruding noses and furious, insane eyes. They brandished fire and wicked, sharp things. Bellowing, they descended upon me, kicking, thrashing, stabbing. In panic and desperation I lashed out flailing, screaming, grabbing, scratching and…

As my teeth caught the exposed flesh of a monster’s hand, piercing skin and crushing bone with barely any effort, I tasted its hot blood. And it tasted good. A shriek of torment accompanied a sanguine gush from a severed hand, making the monsters recoil in what seemed to be genuine terror. Having no time to feel puzzled I acted on pure instinct and pounced another creature, ramming my claws into its eye sockets. With a short yelp it went limp. The last one ran for its life. Again, my instinct took over, where addled mind gave way, as I followed the creature outside. It panted, stumbling, tripping and running into things after it dropped its fire. Dumbfounded, I realized that, unlike me, the thing cannot see in the dark. It was all too easy to tear its throat open. As I slowly went back, the handless one was in its death throes, having bled out. In the light of the fire I gazed at my own, bloodied hands. The black blood from my wounds was barely there, while glistening red of theirs contrasted distinctly with my snow-white skin.

In a fit of bizarre inspiration I approached one of the paintings that was adorning the walls of my home cave – a depiction of this very mountain. Flowing smudges of green, that represented the lights on the sky, I painted over with the red of blood. In the fire’s flickering light, the painting seemed to dance almost like the real thing. I knew well enough that blood will turn brown over time, but for now it was beauty to my eyes. With curiosity now in place of terror, I crouched over the dead monster. Its fur turned out to be no more than a coat of animal pelts, obscuring its real bulk. As I unwrapped it I saw a feeble thing of blubbery flesh, soft muscle and pinkish skin. I dreaded a frail, half-blind creature and upon learning this my fear was gone.

So remember this tale, children, as we go into the night. When alone and in the dark, they are prey and not the hunter. Let them huddle and cower behind their wooden walls and tools of iron. The fear is now theirs and should they stray into our woods again, we will make feast of their flesh and paint of their blood.