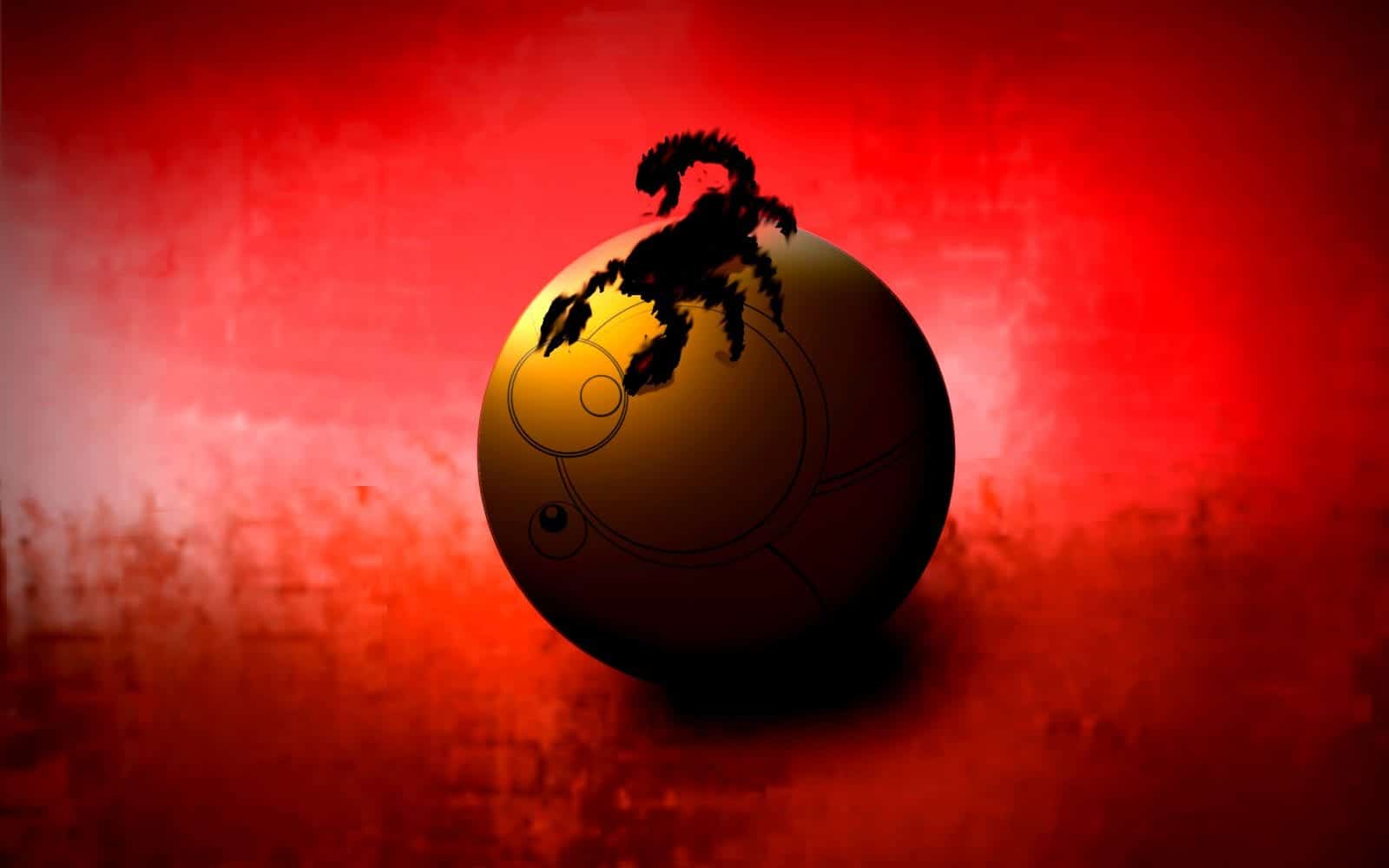 Posted at 00:00h in Artifacts and Objects by Creepypasta.com 35 Comments
Please wait...

I’m writing this not for sure exactly why I am, but I’m going to just because my mind is trying to think back on the past several months. It hasn’t been a good several months, not at all, but I guess I might as well start from the beginning. Sorry if I ramble I usually do and my medication is making it hard for me to focus.

I went to flea markets, pawn shops, and yard sales a lot. Mostly in search of comics or anything that looked cool. I know that sounds stupid, but that’s what I did in my free time. One day in my exploration for comics I came across a yard sale. The yard sale was at a small one floor home that was quite old. I did my usual search through, when I found an odd looking ball.

It weighed several pounds and was made of brass. It’s diameter was about six inches. On both sides of it, it had nine square buttons in a square; the buttons had many different symbols. Such as a Scorpion, an eye, a triangle, a bird, and a key. I was intrigued by it. So, I went up to the man running the yard sale.

I asked him “Hey, what is this?”
He replied “Oh, yes the Puzzle Ball. It was a family heirloom.”
“Why are you selling it? It’s not curse is it?” I said laughing.
“No, no! Well, my uncle thought it was, but he was a drunk. I’m selling it, because my business hasn’t been doing good.”
“Oh, well I’m sorry to hear about your business, but what does this Puzzle Ball do exactly?”
“Well it’s a puzzle my grandfather had gotten from Egypt. He was an archaeologist and went their around the big burst in ruins found in Egypt. He and my dad obsessed over trying to open it. They thought it had riches in it but, they were both pretty crazy.”
He laughed
“Here I’ll show you how far my dad used to get with it.”

He grabbed a little cheat sheet and got pretty far along until he hit the wrong button. After that it’s a bit of a blur we talked awhile afterwards. He was a nice guy. Can’t remember his name and the Morphine isn’t helping. I’ll try to describe how it worked.

You had to hit the buttons in a correct order to make a part of the ball turn like a Rubix cube. It was split three times so if you got a sequence right you could rotate so that side would switch over to the other. It was extremely hard. The order was random with no basis so after you followed the cheat sheet you had to just guess. And if you messed up it wouldn’t move anymore, until you moved the pieces back to the correct position.

The guy showed me it all and told me he was happy that not some of the trash around here wasn’t buying his family’s heirlooms. I was glad I could help him with some money to help his business. So for about a month… Yeah, I think a month, I messed with the ball trying to figure it out. I would even say I, became obsessed with figuring it out. It was affecting my sleep as I became obsessed with it. Several times I would try not to play, but I just could not stand the thought of not playing it. It was driving me mad.

One time…The time… The only one I remember very well of my late night playing of the puzzle. I had been playing for a very long time. A very long time. Ugh… I don’t know how long, but long. I had this feeling that I was close, really close to getting the riches in there. Irony I guess, but I felt it. That it was going to be something amazing. I knew that this was the last one. I knew; I don’t know how, but I was one hundred percent sure.

Not knowing I clicked “The Eye” symbol. No luck! I reset it angry nearing tears. I got up and went towards the window. I was about to throw it out the window, but my arm buckled and the ball hit the hardwood with a large thud. It rolled across the hardwood and stopped at the base of my chair.

I didn’t question it. I saw this as a chance to get the prize whatever it was. The ball had forgiven me. I played again until I got the feeling that I was on the last one again. This time I knew the answer, just like I knew this was the last one. The cross. It was the middle one on the final one. A small cross with a mark centered on it. It was a grave marker. I may have not known it then, but now I know. I clicked and a sharp click sounded from it. The ball spit down the middle.

Inside there was a small three inch box. I opened the box to find a small dark black Scorpion crawled out of the box. It had some symbols of sorts on it’s back. In a blind rage from there being no ultimate prize for all my hard work I stepped on the little piece of shit. I gotta feeling like the one you get after doing something stupid.

While my brain was thinking about how it did not make any sense how that scorpion was alive; I was too tired and pissed off to care about logic. After about a day…or two. I’m not for sure. I came home to find another pure black scorpion crawling across my floor. I stepped on it, picked it up with a Kleenex, and threw it in the trash. You would think this would have sent off red flags, but no! I was too focused; I had just got my dream promotion. Everything was going really good, but as life has taught me extreme highs come with extreme lows.

For about a week, this time I’m for sure. I came home would stomp the little guys and move on. It hit me after the third day of smashing them that I had an infestation. I called an exterminator, but it was bedbug season and they were filled for another month. I wasn’t too upset about it, but I was going to be soon. After a couple more days of smashing bugs, I started getting a really bad rash. It burned and itched. It was terrible; I always scratched at it non stop. One time I scratched until before my skin became red. I went to see a doctor, but he couldn’t find any reason for it. I even told him about the scorpions; While that did confused him he said,

“A scorpions sting wouldn’t cause a rash like this. If it gets worse just call.”

And that’s what I did. I moved on. I smashed the scorpions when I woke up, when I came home, and when I went to bed. The rash slowly got worse. Spreading from my arm all over my body. I went to the doctor again and no results. Blood test, X-Ray, and even a Physical showed nothing. Squat! One morning I woke up and my skin felt like it was crawling. Something under it.
I went into a scratching frenzy. As I scratched blood started forming on my arms. I had to stop it. I cleaned the wounds put gauze on them. Took some Tylenol and went to work like normal.

It was terrible painful. For a couple weeks after that I scratched and pained over the new symptom. I went to the doctor; of course there was nothing wrong with me. He asked me if I was on any drugs. I told him
“Fuck no!”
I guess I did look kinda like a meth addict. They even gave me an MRI with no results. Though they were nice enough to give some low pain relieving medicine. More and more fucking scorpions every day I had to smash. I started losing sleep. Hell, most nights I couldn’t sleep.

On the final day or I thought it was going to be. The next day the exterminators were coming. I had, had a pretty shitty day already, but those motherfuckers had to have the grand final of shitness. I opened my door, walked and saw air pockets in the wallpaper.

I went over and hit one of the air pockets. But instead of no noise I heard a “Squish”. I look at a big cluster of the air pockets. The wallpaper started ripping and thousands of Scorpions, spilled out onto the floor. I ran right out of there, locked the door, and left a note for the exterminators. I called a friend and he said I could stay at his house until the exterminators cleared the house.

I went to his house, took my series of pills, fell into his guest bedroom, and slept. My skin actually had stopped feeling so bad and I was actually getting some sleep. Until I woke up, I saw the alarm clock said 3:34. I don’t know why, but that number was so clear to me. I felt a burst of pain. I looked at my swollen red arms. I saw some blood roll down my arm and hit the white bed sheet. A little pincer poked through my skin. Then another broke through, and another, and another. The scorpion crawled out of my skin painted with crimson. It was now a mix of crimson and black which made the symbol on their backs more clear. A cross.

Then more pincers broke my skin. The scorpions crawling out. I started screaming for my friend. As they crawled it, it…it was fuck, I can’t describe it. It was torture. I just froze. I started trying to smack them, but tons of blood was rolling down my arm. I felt my skin breaking all over my body. The sheets were pure crimson. As soon as my friend burst through the door I passed out.

I was told my friend had stopped me from bleeding to death. That my apartment had, had no scorpions in it or Puzzle Ball. That the man who sold me the ball had committed suicide. The doctors are still baffled about how the scorpions got in under my skin, but I don’t give a fuck about any of that. The morphine has made not care about any of it. I don’t know how long I have been in the hospital. I know that I just got my final skin graph a day or two or three days ago.

I don’t know why, but after writing this I feel so much better. Maybe it’s because the nurse just refilled the morphine, but I would like it to be me writing this down that made me feel better. Now my hand is hurting so I’m going to stop… My new skin has a rash. 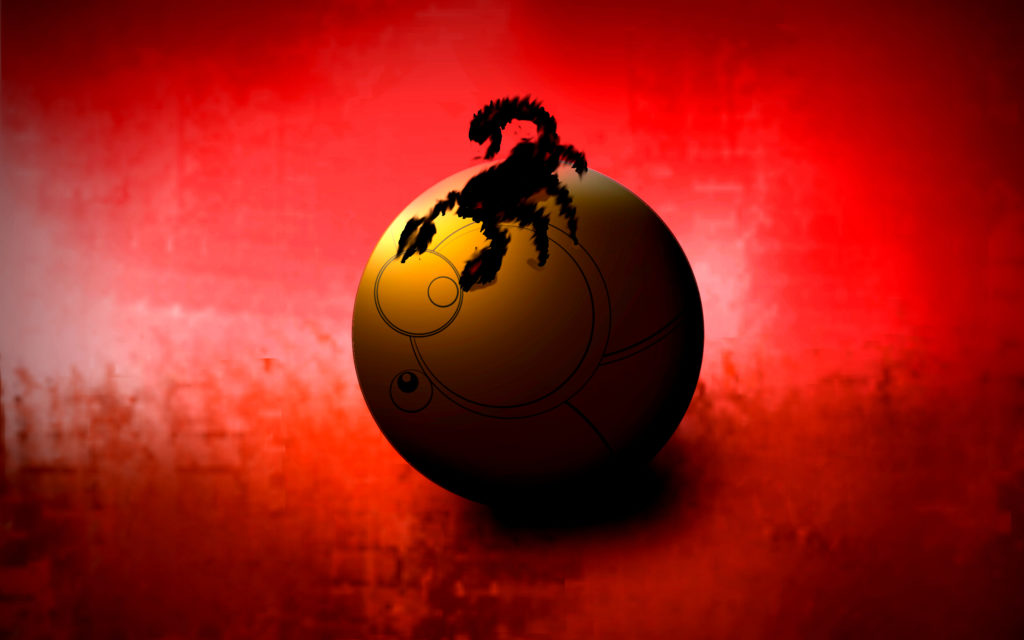