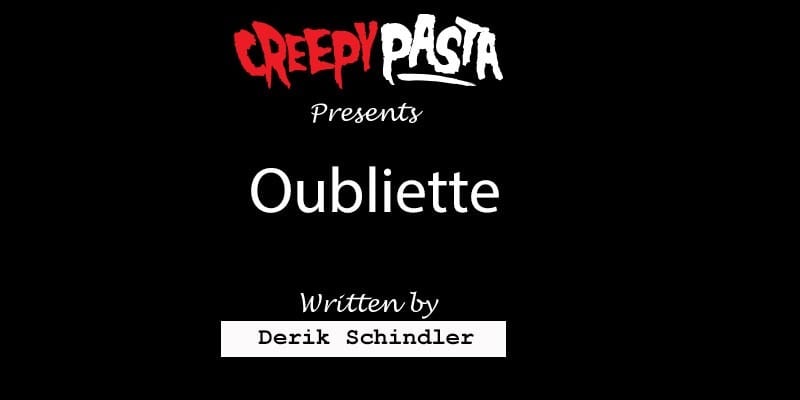 Posted at 02:18h in Rites and Rituals by Creepypasta 0 Comments
Please wait...

In silence, a final, tranquil silence the village of Kaledane sat. This wasn’t so remote, really, only miles from the seat in Lincoln. And near enough to the sea for the nice fog of misty translucence, a blue light. This way the place was in the morning.
They had back at least one of the missing villagers, the youngest, Mina. She had come home after vanishing months before. It was a miracle.

Saint Martin stood over this village. People thanked him for returning the child. A strange buzzing agreed.

They would put her back into the asylum in Lincoln. She didn’t want to go back there. Medieval insane asylums of this realm were not fun.

Mina stared out her bedroom window and wondered if she should try a different god, if God was okay with that thing sitting on the roof of the chapel. Nobody could see it up there, it managed to stay well hidden from sight, but it was up there, ne’re unrest. Mina knew it and it made her tremble in fear.

There was a boy at her window, two of them. Boys from the village, they believed her because they had seen something awful when they stared too long at the chapel from a vantage point. Something was there, that was not right. She had said so and they had come now at dusk to ask. They had a lantern for the way home after dark.

“You want me to tell you what happened to me? The whole story?” Mina asked them.

Her audience said nothing. They had sneaked out from their cottages with that thing out there, needing to know. The risk was worth finding out what it was. It was talking to people and had done so for weeks now. Ever since Mina had first returned strange things had happened. Now that she was back from the asylum the strangeness had escalated.

“My tale is simple.” Mina told them her story. She wasn’t a good storyteller but her story was true and true stories are always good.

In terror the boys fled home with their lantern blazing an orb of light.

Mina stared again at the chapel of the village, a vigil in the silence.

In night, ever changing. The moon and stars swing round and round but it seems slow to Man. Not to others. Not to Them.

She had gathered berries, green-blue old berries. Very sweet ones that grew in this primordial vale still. Some things were leftover here, next to a frontier forest. The village itself was by no means remote.

The whole world was simply locked amid the domains of Man, encroaching where even his own foot hath not fallen. And it was a simpler, more unexplored region of a slightly quaint realm. Therefore unicorns, white sleek shades of the forest did remain. Those that were quiet enough here did see them.

A gentle woodsman, unarmed, might see one. Unarmed was important, for a bow they knew, despite their untamed and innocent corner, surrounded on all sides by Man’s farmlands and castles. They were intelligent, could speak if they chose. They lived very long lives, an old species of the world, as old as a time, Antediluvian. Or in this case, just a girl picking berries.

She tried to follow it into the dark bowers of its domain, the cool and silent forest. The trees here were ancient and untouched. She was already in the forest before, but a much younger forest were people had come and gone for thousands of years and there were berries and game.

This place was ignored, nobody wanted to come here or had the courage. The world was still too young for this place, even now in the Medieval.

“Go back.” the voice of the creature was not human, it was a whisper and it was feminine, but it was not a human voice. The unicorn stared at her, its presence like a cold splash of water, so surprising. It was not entirely pleasant to behold, however. Time and destruction had tainted it and its single horn was a twisted alacorn, spiraling and straight like a sword from its forehead. Its shadow was a light gray as if it didn’t entirely catch the light, dust motes sparked around it, unable to touch it and its eyes glimmered discreetly as it shimmered like a white veil and was then gone.

“Unicorn.” Mina said after it. She ate some berries then turned to go back, as it had commanded.

It was already too late. She wasn’t sure how fast or cruel or from what direction but a blow struck her and flung her against a tree. Not a happy camper, this denizen of the domain, huge and brown, a flat face and intelligent eyes. It could eat her but had witnessed the unicorn interacting with this human and chose to do no further harm. She might die but it was not going to try any harder to kill her. It scooped up the basket of berries to take with it, holding it in its claws. With restraint it lumbered away, growling almost poetically, bear-like and massive.

Mina’s eyes closed. She heard none of the calls from the villagers as they searched for her. Old Seth the Miller found her and instead of returning her he took her body home, thinking she was dead.

When she was not dead he didn’t have the heart to kill her so he left her laying in a pit in the cellar of his cottage. Then he resumed his normal functions around the village the next day, telling nobody he had found her.

Then Old Seth kept Mina in his cellar and each night he would come to see if she had died of starvation yet. He grew impatient.

One day he brought in the body of Brennar, dragging the man down the steps. From the pit, Mina could see part of this action.

Then she heard the most awful noises, grunting and slurping, squishing noises. Something very terrible was happening.

One day a chair fell into the pit from above for no apparent reason. She started to climb out then heard all these terrible noises, the same gurgling sounds all squishing and bumping the table that was with the chair she had used to climb out.

Mina was afraid, what could it be. She peaked up and it stopped making noise. She wasn’t sure what she was looking at. She gathered her courage and climbed the rest of the way out of the pit.

Then she crawled weakly towards it, to see what it was. A vague dread was in her heart of what it might be, so strange as it sat there on the floor pulsing and throbbing evilly.

A moment of severe terror gripped Mina and she was speaking of what it might be, before it tore her mind apart in such awfulness as what she was seeing. She said:

“I of the pit as witness to this. As they eat the body as a larvae then a pupae transparent hard translucent shell dry hard case but with the glowing greenish yellow golden-brown crust soupy mess skeleton bones inside it grows to this huge gross cocoon.”

But her mind did break after that. For she was running wildly around the cellar of the cottage when Old Seth came home.

And it began to hatch. Both humans watched in fascination as it hatched into a red wasp with white stripes. It stretched its wings, flicking embryonic substances and then began hovering.

“Not your day. Not your day.” it spoke to the man and the girl. It looked at them and it could speak. Its evil insect face had great vicious mandibles and merciless wet compound eyes that dripped a black syrup.

“You used to say that too me!” the girl said, laughing.

“Quiet!” the man ordered. He felt for his keyring, they were all locked in down here in his cellar. He then went for his dagger but the wasp was quicker.

It tackled him and with an insect appendage that looked oddly like a human hand, it took the dagger and stung him with it in the shoulder.

“The acid! Use the acid!” the man told the girl. She got a beaker of acid from the table with the cutting implements. She threw it onto the creature, burning it. Some of the acid got onto the man.

“That was fun!” Mina laughed. The steam of the corrosive reaction was a cloud around its thorax.

She walked over and took his keyring.

“Goodbye.” Mina squinted playfully at him.

Mina started to walk past the pit. Seth gripped her ankle as the venom coursed through him. Mina swung down into the pit, tripped.

She still held the keys. Seth had a death grip on her ankle and held her there, dangling face first. His arm hung down into the darkness of the pit.

Above the creature had paralyzed him but he was not dead and he could still feel its attacks. The wasp started to dissect him with the dagger and it was buzzing evilly as it did this.

Then when it found the organs it started to chew with its mandibles all violently. As it ate him alive the body jerked like a steak getting sawed by a dull steak knife. Mina felt the biting and pulling and tugging and jerking as the arm swung and thrust her into the dark.

Would the hand release her ankle?

It did and she plummeted face first into the pit and then she knew no more.

When she awoke she felt the cake of dried blood on her crown. She climbed free of the muddy pit and found that blood from the body had dried on her head. She had no mark, but the fall had restored her by taking her recent memories. She ignored the body in the dark, too disoriented to really note it. Some part of her was unconcerned for Old Seth for some reason.

Curiously the wooden door had gotten smashed through with tools found around the basement. Smart enough to use tools but not to find the keys? Maybe it was just having too much fun smashing stuff.

Whatever it was. Parts of her memories that made no sense. Flashes and feelings. Starvation, weakness, suffering and then…something terrible down there in the darkness.