Becoming a parent changes everything.

We have implicitly accepted the notion that all things in life should be regulated for orderly consumption. I expect to know exactly how much manganese is in my Froot Loops, thank you very much, because a bureaucratic sub-sub-committee in Washington wrote it into Agricultural Bill 3301913-B, just as God intended.

Then life hands you this tiny, squirming ball of pre-developed human, and you are responsible for literally every ticking second of its life.

So why did we spend so much time regulating Froot Loops when the staircase is quite literally one step away from murdering a child?

Life itself suddenly becomes extremely fragile. We learn that everything we had thought kept us safe was actually just there for illusion, and things are never quite the same again.

Fortunately, kids are much more resilient that we are.

So by her second birthday, Felicity was riding gleefully on my shoulders as I sprinted across the backyard.

How did I know she’d be safe?

I took it for granted.

She had more stamina at two than I did at thirty-seven, so we would often take breaks to look at the sights while Daddy caught his breath.

On the fourth break of a particular evening, I decided that Felicity really wanted to look over the neighbor’s fence while the spots slowly receded from my vision.

“What do you see?” I asked, blinking furiously. “Is it the neighbors’ chickens that wake us up every morning at the asscrack of dawn? Do you see chickens? Chick-ens?”

“Tik-hinz!” she announced triumphantly. Felicity grabbed the edge of the seven-foot fence and hoisted herself higher, coming just slightly off my shoulders.

Then my daughter turned back to look at me, and smiled.

Every time she was riding on my shoulders that week, she would squeal for me to stop so that she could look at the “Tik-hinz!” I was all too happy to oblige the break in running around, even if it forced me to stare at the wall while she reached over my head to gawk in fascination at poultry.

Things continued like that all week. When I decided that the mosquitoes were getting too aggressive and my beer was getting too warm on that muggy South Carolina Friday night, we headed in early. Felicity didn’t like this one bit, so I turned on the TV to drown out her crying.

“Tik-hinz!” she shouted with glee as she pointed to the screen. Her face was the definition of pure joy.

I nodded dismissively, threw back a sip of my Yuengling, glanced at the television, and nearly choked on my beer.

Then she turned back to look at me, and smiled.

I didn’t care about the spilled can of beer as I ran to pick her up, blood chilled and heart racing. That new-parent hyperfear flared once again as I sprinted with her to the phone.

The police were in and out of the neighbor’s yard for the next three days. I tried to shield Felicity as much as humanly possible. But deep down, I knew there was no point.

She had already seen the worst of it.

I realized that when she pointed to the TV. I understood as I saw what she thought were “chickens” on the screen.

It had all come horrifyingly together as she pointed to a murder scene with seven mangled bodies, looked at me, and called them “Tik-hinz.”

The corpses in the neighbor’s yard had already begun to rot. Fortunately, their open-air disposal had reduced the impact of the smell. The police say that the disfigured, tortured bodies of the victims fit the exact M.O. as the killer whose handiwork Felicity had noticed on the news that night.

My neighbor is wanted for questioning. Unfortunately, he has recently gone missing. There are no credible theories or leads about where he might have gone. There’s very little the police can say.

They do believe that he likes to stalk his victims, though. Sometimes for weeks at a time, living a fantasy based on watching people who don’t realize what danger they’re in. Eventually, he’ll leave something horrible for specific future victims to find, because he wants them to feel vulnerable.

(You must ask permission before narrating this work. Click HERE to do so) 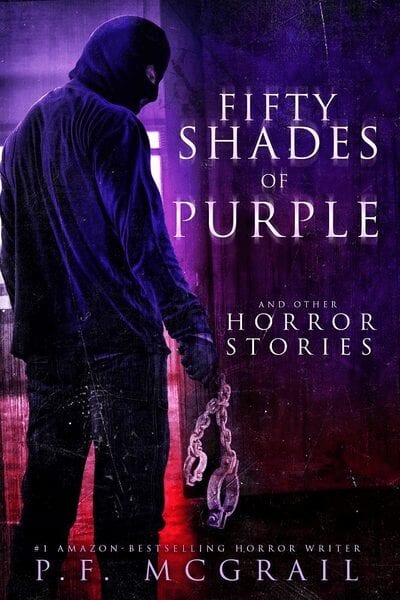