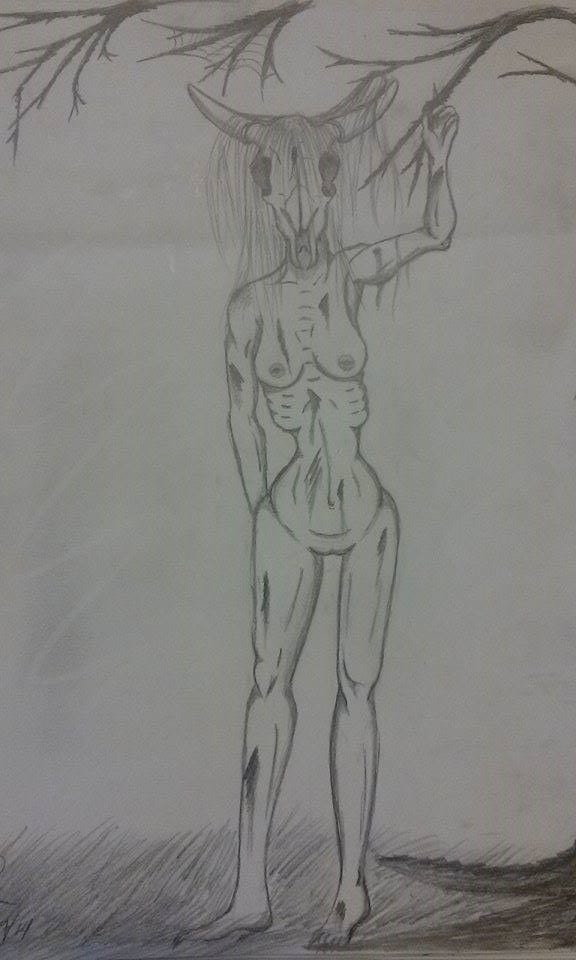 15 Oct What Happened to Ella

Posted at 12:00h in Beings and Entities by Creepypasta.com 17 Comments
Please wait...

"What Happened to Ella"

My sister has been gone for 25 years now, I think it’s finally time to tell her story.

It was summer, my sister, Ella and I had barely lived on the farm 6 months. Our father was off in the military, having been gone about 2 years by this time, we missed him dearly. The farm sat in the middle of no where, with miles and miles between our family and others.Our mother worked hard to raise us two, her work only increased due to the fact she also tended the farm. We tried our best to help our mother with the daily chores, feeding chickens, collecting eggs, giving the animals hay and slopping the pigs. We felt we did hard work though our portion of the work was less than ten percent of what was needed to be done daily.

Most of our time was spend doing what any six and eight year old might do; played in the yard. Our house was an old white painted two story house plus basement. The paint chipped off the exterior walls and the shutters were missing, but it was cozy and nice, even having a large tire swing on the tree in the front. Surrounding the house and barn were, what felt like, miles of corn field. Ella and I often ran through the corn, playing various games, hide and seek and such.

It just so happened that one day we ran further through the corn than we ever had. The field broke way to a large empty, desolate, barren land. Now I say empty, but of course there was tall, unattended grass, and a singular tree. The tree in itself was a somewhat disturbing sight. The bark black and flaking, branches barren and gnarled. The trunk stood tall and thick, a grown adult could have stood on the other side and we wouldn’t have known. The trunk twisted and bent in a sort of unnatural way. Just looking at the tree made me uneasy, it didn’t help that the world around us was dead silent, no birds, no bugs, the wind held it’s breath. The tree expelled a kind of aura, the kind that held with it the stench of rotting wood and animal carcass that filled our nostrils.

Gripping my sister’s hand I tried to pull her back, begged her to turn back. She smiled at me and told me it was OK, then convinced me that we needed to take a rest. So, against my better judgement we sat at the roots of the beast. Oh god, if only I knew then what I know now I would have picked her up and carried her home, kicking and screaming.

It felt like we talked for hours, we talked about everything. We talked about how we missed daddy, how we were excited for the pumpkin harvest, how we’ve carve some for Halloween, and what we’d dress as for trick-or-treat (which we’d have to do in town). Eventually Ella brought up her sadness at the lack of toys we owned due to the fact that we hadn’t quite made enough off the farm to buy new ones. She told me, if she could, she’d wish for new toys, and other luxury things. Suddenly, with an abruptness that made us both jump to our feet, startled, we heard a loud thump from behind the tree. Slowly, cautiously, with a scared glance to one another we took hold of one another’s hands and went to look. There, at the base of the tree, two brand new rag dolls with beautiful brown yarn hair and sweet painted faces. Each doll wore a different dress, one in yellow, the other sky blue. Between the dolls sat a multicolored top, a toy boat with a cherry colored finish and white sail, and a set of jacks with a shiny red ball. dumbfounded we looked around, trying to find anyone, but we were alone. Ella gathered the toys (despite my protests) and we went home.

Day after day Ella went back to the tree, I refused to go near it, it terrified me. Each day she brought back more and more things; sweets, toys, books, costume jewelry and clothing in her exact size. Mom never seemed to notice, how could she when she was so busy with the farm? One day Ella and her got into a fight and Ella ran; I knew where she was headed.

I followed after her quietly, stealthily, through the corn, the only light to guide me the harvest moon casting a pumpkin glow. I was right. She stood in front of the tree, still sniffling from her fit, but speaking to someone I couldn’t see. A soft, airy woman’s voice returned the conversation, but I couldn’t hear her over the sound of my heart pounding, terrified. Ella begged the woman I couldn’t see to take her away. That was when I found my courage to step forward and drag her away. I moved from my hiding to grab my sister’s hand when the sound of splintering wood broke the silence. The massive, gnarled trunk split open, and what emerged from it’s depths, I will never forget.

Frozen, stuck to the spot in sheer terror, I stared at it, or rather her as she emerged. The head rocked side to side to allow the horns of a bovine skull, that served as her head, through the trunk’s gap. Tangled, thin hair fell around the eyeless sockets, and draped over bony shoulders and horns. The hands that pulled her from her resting place more claw then hand, her feet clawed at well. She wore no cloth, but that only served to increase the grotesqueness of the woman. Loose skin hung off a skeletal frame, lower stomach pudgy. Her breasts sagged with age, and having once been full, her skin the color of milk gone sour, dirtied with earth and rotten in places, still coated in dry blood. She gave the image of an old woman who has lost all weight, but not skin, only keeping enough to gather at her lower stomach.

Despite my terror, Ella seemed un-phased by this woman; no creature, now reaching out for it. I jerked her back but the thing grabbed her other hand, it was a tug of war that seemed to last ages, but with all my fear my hands were slick with sweat and Ella’s hand came loose. I fell to the ground, and when I looked up my poor sister was gone. The creature, however, was not. It hovered over me, reaching out to take me too! I scrambled up and ran. It let out a terrible shriek, a mixture of a scream of rage and an angered lowing. It hunched down to all fours, giving chase through the corn after me. Crying, my vision blurred, but I fought my way through. I burst through the line for corn and ran for the house. Glancing back I could see it glowering at me at the line.

My mother didn’t believe my story, who would? The police were called, a search went on, and on, but she was never found. My mom refused to move, even after my sister’s funeral as they’d given up that she was still alive. So, I grew up in that house, but I never played in that corn again. I knew it was out there, watching, waiting. At the age of nineteen I went back to that tree, a chainsaw in hand. I would make sure no one would ever go through what I did. God, I was a fool. It took me the good part of an hour, but I cut it down, and over the next few weeks we burned that damned thing. I wish I could tell you that was the end of it, but I sit here, now in my childhood home, typing by a low light and the light of a full harvest moon. Outside, peering at me from around the tree in the front yard, the one with the tire swing, it waits. It seems by destroying and burning the tree I merely released it to move closer. I’ve not left my house in fourteen years.