Copyright Statement: Unless explicitly stated, all stories published on Creepypasta.com are the property of (and under copyright to) their respective authors, and may not be narrated or performed, adapted to film, television or audio mediums, republished in a print or electronic book, reposted on any other website, blog, or online platform, or otherwise monetized without the express written consent of its author(s).Looking for author contact information? If available, it will be featured at the conclusion of the story.

There was once a small business in New England by the name of “Grovewood & Co.”. It existed for roughly seven months; from April 27th to November 22nd, in the year 1913. At least, that’s true for one timeline. I’ll touch more on that later.

Masquerading as a cape-side souvenir shop, most of Grovewood & Co.’s customers were oblivious to the store’s true nature. Only the rich elite were granted access to their secret arsenal of products. You see, during the brief period of time that they were operational, the company collected, tinkered with, branded, and sold various objects, each one of which had otherworldly properties, giving their owner a unique power, supernatural in nature. How they acquired such artifacts, no one knows.

On 11/22/13, in its original timeline, the building vanished without a trace. Not only from sight, but from the memory of everyone who had ever interacted with it – like it never existed in the first place. It seems the building and its inhabitants fell victim to an object malfunction, more specifically a temporal hiccup caused by a time travel device as it was being sold (the origin of this anomaly is more than likely a defense mechanism of the device itself. It would appear that some of these objects are sentient to some extent and can “flee” when they detect a nearby threat. That’s all I’m at liberty to say about this particular event).

So, where did Grovewood & Co. unwillingly relocate to? That’s a loaded question. The building, it seems, is constantly jumping from place to place, year to year, and timeline to timeline. It’s a bitch to track down, but with a little luck and great deal of skill, I’m able to do my job just fine. What is my job, you ask? Well, I’m responsible for keeping the building and its objects from destroying the multiverse as we know it. You know, the usual 9-5 bullshit.

In all honesty, I’m a lowly office peon where I’m from. There are people getting paid a hell of a lot more than I am doing much more important work. All I do is tap into the Multiversal Time Grid™ and post messages in timelines where the building is likely to show up, in the hopes that some might believe me and heed my words of wisdom, should they need them. BUT DON’T WORRY. There are greater precautionary measures in place. This is just a small, added measure of protection.

(NOTE So far, the building has been spotted in 432 locations. Exactly twenty-six timelines were discovered to be worthy candidates for the next jump. Twenty-five of those are now considered safe. Your world is #26)

Without further ado, here is my warning (yes, some of it has been copied and pasted):

HELLO. I AM HERE TO WARN YOU.

Your timeline has been deemed a likely landing zone for Grovewood & Co. Though we can’t pinpoint the precise date or location of the impending dispatch, we can tell you what to look for and how to avoid total annihilation at the hands of an object.

The building will take the place of another building in your town. You won’t remember the previous building, and you’ll know Grovewood & Co. as if it was always there, as will its workers. Upon entering, you might feel like something’s not quite right. Though it exists in your memories, part of your brain may fight the narrative and make it feel increasingly unfamiliar. If you’re lucky, you may even recall this post and some of its details. We can only hope.

If you’re able to gather your wits and swim against the current of your fabricated memories, then congratulations! You are stronger-willed than most, but this is no time to celebrate. The sudden appearance of Grovewood & Co. deems your timeline vulnerable – more vulnerable than it has ever been before. It’s up to you, the only person wise to the charade, to fix things, if only temporarily.

It’s imperative that you relay this phrase, verbatim, to the shopkeeper; “Might you be so kind as to direct me to your written wares? I’m in the market for a parable or two.” This is your ticket to the good stuff. The shopkeeper will bring you to a room housing nothing but a bookcase (filled with books published by “The Moirai Initiative”, another entity we are working to locate), behind which is a set of stairs that lead to the building’s second floor.

Once upstairs, you will find many objects – a mirror that can trap souls, a picture frame that can show you still images of the afterlife, and even a crystal ball that gives anyone who touches it the power of clairvoyance. None of them are worth your attention, save for one. In the back left corner of the room, hanging next to some jewelry, you’ll find a golden pocket watch. This is arguably the most powerful item in the shop, though most of its powers remained dormant until the anomaly took place (an object’s power can change when used in conjunction with another object). This is the object you need to get to.

(Remember what I said about sentience. Some of the objects will cause trouble if they sense danger. Walk around the room a few times, act casual – when you finally do grab the pocket watch, show no signs of excitement or nervousness)

On the front of the pocket watch is a large ampersand. On either side of it are “GW” and “CO.” respectively, denoting the shop’s branding. Clicking the button atop the watch will open its face and reveal to you a single dial and a circle of letters, A to Z. These letters are key to your world’s survival.

The pocket watch works like a combination lock. Spinning the button will move the dial to letters of your choosing. It’s very important that you enter the following sequence:

Though the pocket watch isn’t the device that caused the temporal disturbance (that one is still MIA), it does have similar properties. Entering this code will reactivate the anomaly and jump-start transport. Grovewood & Co. will jump to the next timeline and you will more than likely have no memory of the events that transpired.

Yes, that’s it. Moving the building to its next destination is the greatest thing you can do. It allows us more time to perfect our endgame plan (currently in development). The multiverse is at its safest in between jumps. The longer the building sits in a timeline, the greater the chance there is of someone messing with the pocket watch or another object in the shop, and creating a chain of events that inevitably leads to the destruction of all that we know.

Having said that, keep this in mind:

IF YOUR FINGER SLIPS, OR YOU FAIL TO RECALL THE COMBINATION PROPERLY, YOU ARE ENDANGERING EVERYTHING. ONE WRONG LETTER, ONE WRONG TURN OF THE WATCH’S DIAL, AND ALL LAYERS OF PHYSICAL REALITY AND CONSCIOUSNESS MIGHT INTERSECT, CREATING A CATACLYSM THAT MAY VERY WELL END ALL OF EXISTENCE.

Sending you in is a danger in and of itself, but doing nothing is far worse. Until the problem can be resolved, this message is one of many small hopes that we have. With any luck, we will find a better solution. Until then, the safety of the multiverse is in your hands.

Don’t fuck it up.

(Click HERE to check out Christopher Maxim’s book, How To Exit Your Body and Other Strange Tales)

Copyright Statement: Unless explicitly stated, all stories published on Creepypasta.com are the property of (and under copyright to) their respective authors, and may not be narrated or performed, adapted to film, television or audio mediums, republished in a print or electronic book, reposted on any other website, blog, or online platform, or otherwise monetized without the express written consent of its author(s).

The Monster in the Pantry

Unexplained phenomenon is a staple in human culture. Strange goings-on, paranormal in nature, are prominent in our lives, in one form or another. You ...
Read Now

Never Use a Voice Recorder While You Sleep

I am a chronic sleep talker. Always have been. Everyone who's ever slept in the same house as me will tell you that. My ...
Read Now
Average Rating:
8.34

Hello, readers. My name is unimportant. I am here to share a story of mine that I’ve kept bottled up for quite some time ...
Read Now 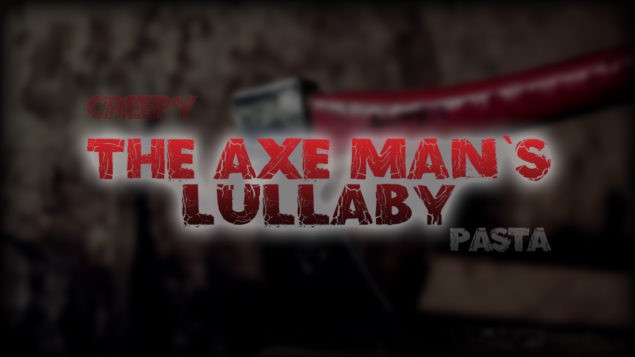 I was just a kid. I didn't know any better. Even if I could go back, what could I have done differently? Could I ...
Read Now

My Roommate Joined a Cult

I’m a student at Bridgewater State in Massachusetts. I share a dorm with my roommate, Wallace. We both major in computer science, and that’s ...
Read Now 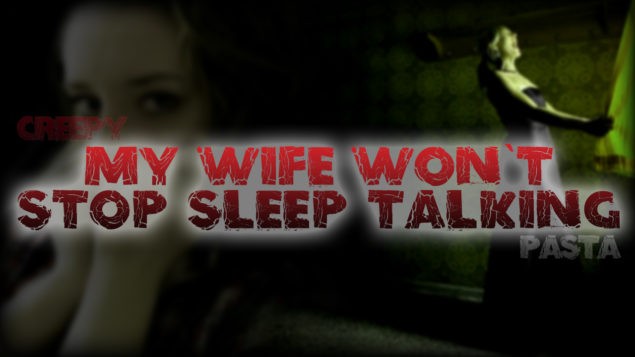 My wife and I moved into our new apartment just a few months ago. Before this, we lived in a large cottage overlooking a ...
Read Now